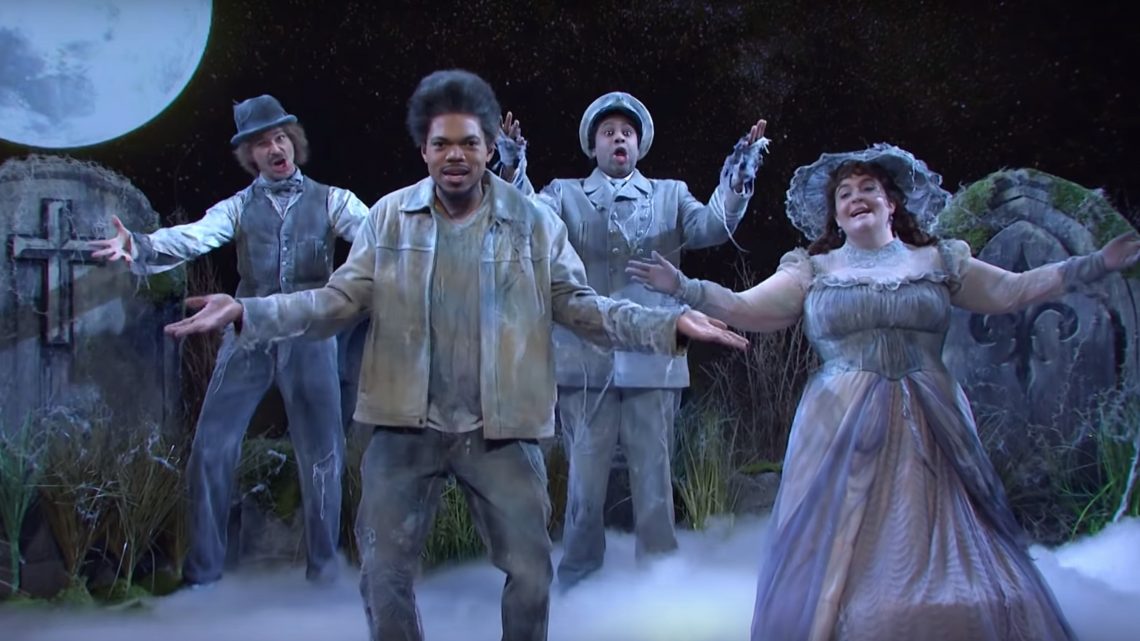 Saturday Night Live has always cranked out classic sketches in honor of Halloween, from the Clinton's Halloween Party to the Exorcist sequel starring Richard Pryor to Tom Hanks as David S. Pumpkins—and on Saturday, Chance the Rapper and SNL gave us another one. Chance, who did dual duties as host and musical guest, stars alongside Keenan Thompson, Aidy Bryant, and Mikey Day as a group of ghouls who haunt a graveyard, singing tunes about their untimely deaths.

"On Halloween, your breath is taken, for tonight, the dead awaken," the ghosts sing as a skeleton tickles the ivories. "Listen well, our living friends and hear how we all met our ends." How, exactly, this particular graveyard wound up as the final resting place for everyone from a Southern deb to a gold miner to the water-logged remains of a Lighthouse-era sea captain isn't totally clear, but one thing is: Chance is a little reluctant to share his personal death story.

He first tries to pass on his verse, then glosses over the specifics when his singing spectral gang presses him, then, finally, the ghost fills us in on the entire, electrifying story of his demise. The joke's final punchline doesn't quite live up to the build-up and no one's trying to shame a ghost who's still stuck clinging to the humiliations of the corporeal world on the astral plane, but who cares! This song still slaps regardless.

Give it a watch above and then throw on a groutfit and Eraserhead wig if you're looking for a quick, last-minute Chance the Ghost costume and that rapping Kendall plan or whatever fell through. Happy Halloween!