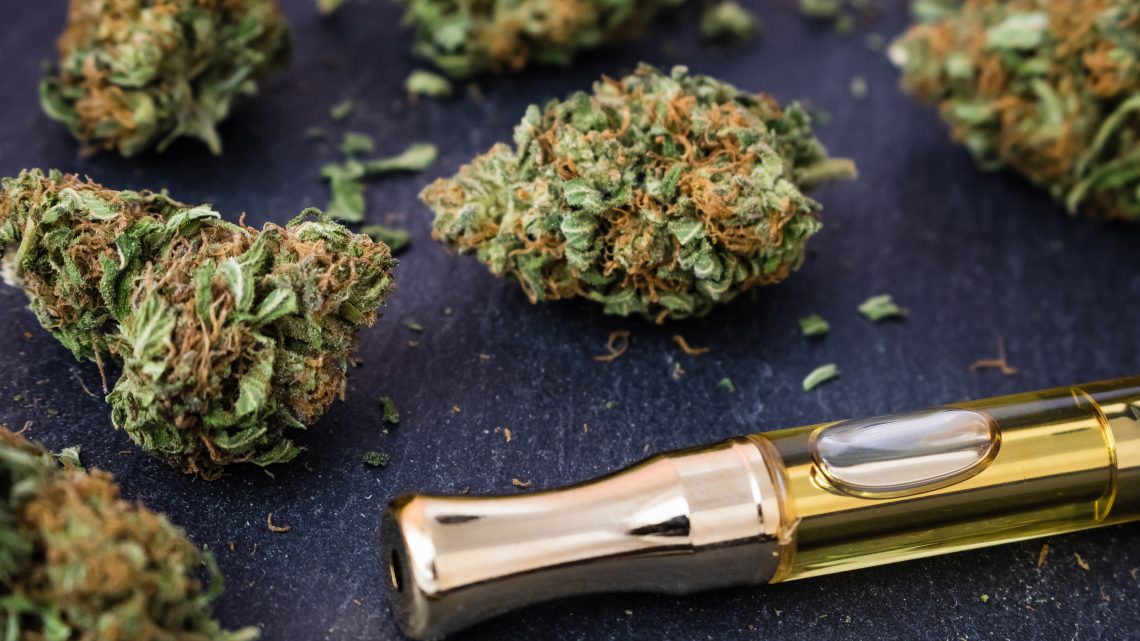 Colorado is once again at the forefront of drug policy in America.

Since an explosion of deadly vape-related illness across the country this summer, the Centers for Disease Control (CDC) has explicitly advised people to stop vaping products that contain THC oil, which has been tied to many—but not all—cases. Because a definitive cause has not been isolated, the agency has also warned that the best way to prevent yourself from getting sick is to cease vaping entirely. Accordingly, and also in response to the dramatic uptick in teen vapers in recent years, several states have raced to ban some vapes completely—a move that's unlikely to result in safer nicotine consumption. Colorado, meanwhile, is poised to respond to the panic with deliberate caution, not a flash of frenzy.

As the Denver Post reported, the Marijuana Enforcement Division in Colorado is very close to restricting certain additives in cannabis vaping products, including polyethylene glycol (PEG), vitamin E acetate, and medium chain triglycerides or MCT oil. (Vitamin E acetate, in particular, has been repeatedly connected to the illness outbreak.) Because THC oil is often too thick to vaporize on its own, these ingredients are used by manufacturers to thin out the substance. But they might also be creating unintended carcinogens when heated—and could be causing, or at least contributing, to the spike of illnesses.

"The risks of cigarettes are very clear," said Jonathan Loiterman, a former product liability defense attorney who founded Green Star Growing, an Oregon-based cannabis company that he said staunchly avoids putting additives in its offerings. "Now people are informed of those risks and constrained by regulations, but they can still choose to smoke. My point is: We need to know what's in our cannabis products, and we need to be clear what's in our products. We need to get the information out there."

Do you know anything we should know about vapes, or anything else? You can contact staff writer Alex Norcia securely at alex.norcia@protonmail.com.

The cannabis industry in Colorado has been advocating for stricter regulations since at least September—an approach experts and some industry insiders have described as a necessary contrast with the semi- or full-blanket bans on vapes elsewhere. That will amount to putting new testing in place that would recall vaping products if they have any of these chemicals, according to Sam Kamin, a professor of marijuana law and policy at the University of Denver. The Marijuana Enforcement Division, which is a part of the state's Department of Revenue, already monitors the cannabis industry and is tasked with making sure other stringent rules—everything from "science and policy" to "proficiency testing" to "pesticide analysis"—are followed.

This move, in other words, would just be another such step.

"Regulators and the industry that they're trying to regulate are usually always pretty closely aligned," Kamin said. "You have that here. No one actually wants dangerous vapes, or dangerous additives in vaping products. This is a way to help isolate what the problem is. You shouldn't see a lot of pushback on the issue in the cannabis world."

Some states that have their own legal recreational marijuana programs, like Oregon and Washington State, have temporarily banned flavored vapes and e-cigarettes. (Oregon's ban has been stalled by a court.) Others, like Massachusetts, in what has been described as the toughest crackdown yet amid vape panic, have prohibited the sale of all vaping products. But Colorado's strategy earned praise from experts across the country for the care with which it was being crafted, especially given that many of the illnesses, according to the Centers for Disease Control, have been associated with black-market THC products specifically. A blanket ban, as VICE has previously reported, could just make those products more attractive.

"A regulated cannabis market is necessary to avoid the harms associated with a black market," said Michael Siegel, a professor of community health sciences at Boston University. "While this is occurring at the state level in Colorado, I believe that the federal government should reclassify cannabis so that it, too, can regulate the safety of the product. The lesson here is that when you have very popular products, we are much better off regulating products than banning them and then dealing with the repercussions of the black market."

The Colorado rule, if formalized, would officially go into effect on January 1, and would also mandate other additives be listed on a product label, along with a warning that they have not been approved by the FDA. But with vape bans proliferating elsewhere, Loiterman argued, it was incumbent on officials and health experts not to try to address interconnected chaos—the illnesses, a new generation of people addicted to nicotine, and those who have been buying illicit THC carts illegally—with a simple solution.

"This is not a single crisis," Loiterman said. "And it shouldn't be treated as such."