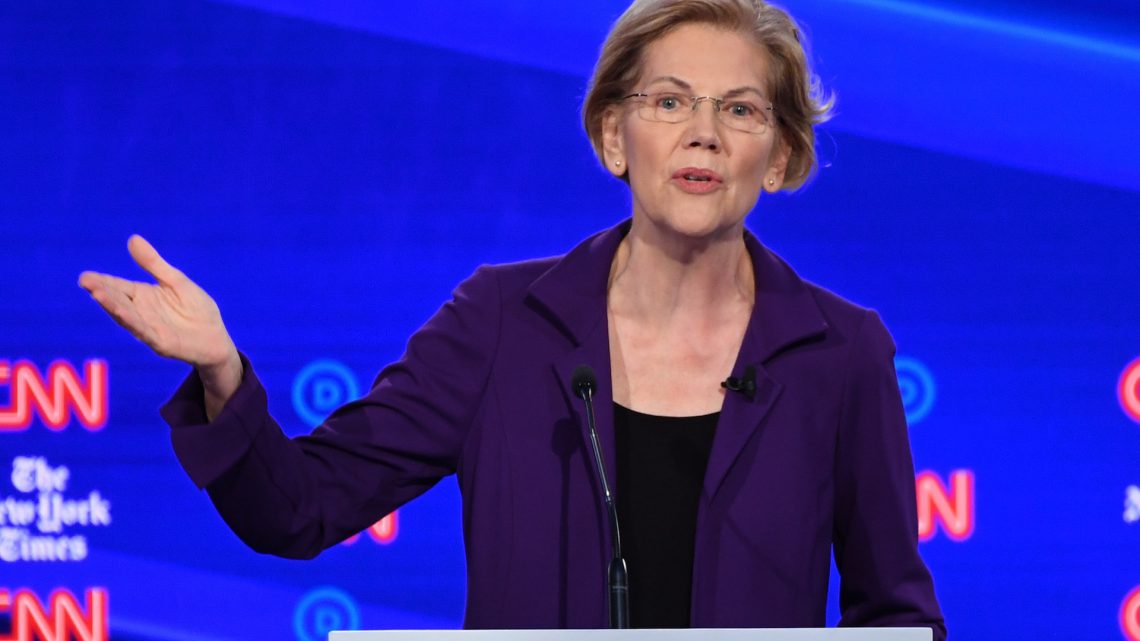 Sen. Elizabeth Warren was knocked back on her heels for the first time in months during Tuesday’s debate, struggling to parry questions on whether Medicare for All would increase middle-class taxes as her primary opponents piled on.

Warren (D-Mass.) repeatedly refused to say that Medicare for All would increase taxes, instead reverting to her regular argument that the plan would lower overall costs for all but the wealthiest Americans.

“So, I've made clear what my principles are here. And that is costs will go up for the wealthy and for big corporations and for hardworking middle-class families costs will go down,” she replied when asked whether taxes would go up.

That drew the ire of a bevy of her opponents.

“We heard it tonight. A yes or no question that didn’t get a yes or no answer,” South Bend, Indiana Mayor Pete Buttigieg (D) replied. “Your signature, senator, is to have a plan for everything - except this.”

Warren fired back that Buttigieg’s plan wasn’t expansive enough — but her opponents weren’t ready to let the newly minted co-frontrunner in the race off that easily.

READ: Mayor Pete is going to war with Sanders and Warren over Medicare for All

Sen. Bernie Sanders (I-Vt.) made a similar argument defending the bill that he wrote, but tweaked Warren for not answering the question directly.

“I do think it is appropriate to acknowledge that taxes will go up, they're going to go up significantly, for the wealthy, and for virtually everybody, the tax increase they pay will be substantially less, substantially less, than what they were paying for premiums and out of pocket expenses,” he said.

When Warren was asked directly if she’d make the same concession that Sanders just had made, she dodged once again.

“My view on this and what I have committed to is costs will go down for hardworking middle-class families,” she replied.

"At least Bernie’s being honest here,” Sen. Amy Klobuchar (D-Minn.) fired back. "I think the American people deserve to know where we're going to send the invoice.”

Warren has emerged from each primary debate in better shape than she was in the past, and has crept into a tie in national and early-state polls against Vice President Joe Biden as a result. Tuesday night’s debate showed her primary opponents came in ready to knock her off her perch. And Warren struggled to make it through one of the points she’s struggled to directly answer as a candidate.