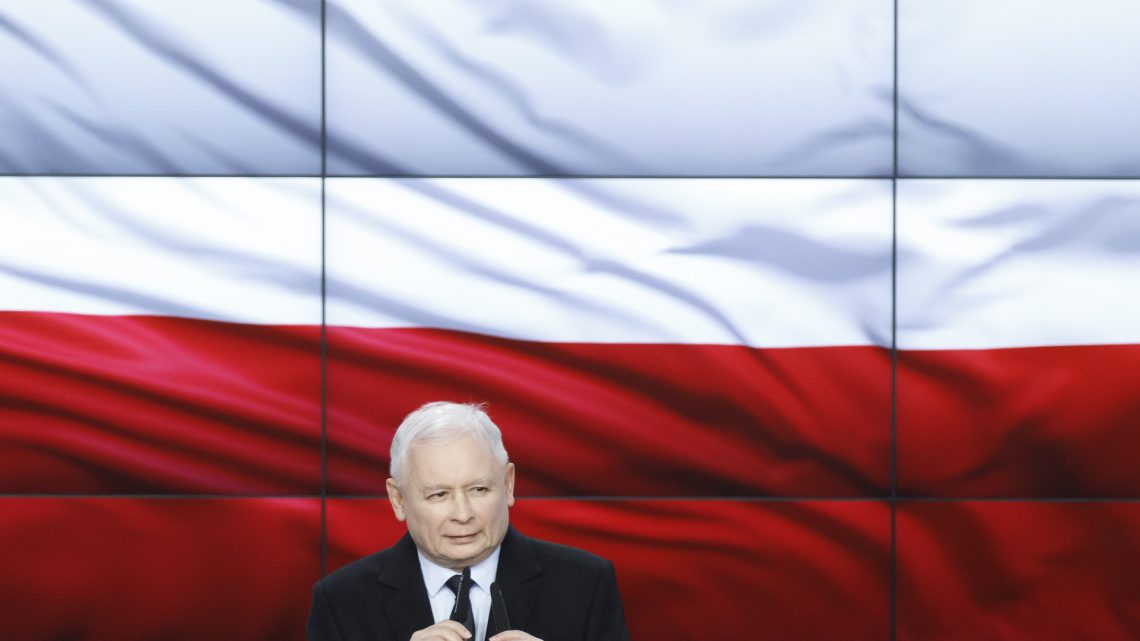 Poland’s nationalist Law and Justice party won a second term in power in Sunday’s national elections, in a result that critics fear could hasten the country’s slide toward authoritarianism.

With 99.5 percent of votes counted Monday, the right-wing populist Law and Justice party had won 43.8 percent of the vote, comfortably ahead of the biggest opposition grouping, the centrist Civic Coalition's 27.2 percent.

“We have reason to be happy,” Law and Justice leader Jaroslaw Kaczynski told supporters at the party’s Warsaw headquarters late Sunday.

“We have four years of hard work ahead. Poland must change more, and it must change for the better.”

Analysts said the party’s return to power would allow it to continue with the controversial reforms that critics — including the European Union — say have eroded liberal democratic standards in the country.

“There will be a rising semi-authoritarian temptation on the part of Kaczynski and his people,” Pawel Zerka, policy fellow at the European Council on Foreign Relations think tank, told VICE News.

“Having won the national parliamentary elections for the second time in a row, and with a massive support, under very high turnout, they are likely to present their reforms as approved by citizens.”

READ: The EU is pissed Poland keeps ignoring the law

Since coming to power in 2015, Law and Justice has implemented generous welfare programs, which have proved popular with many voters. But it has also undermined democratic checks and balances along the way.

In particular, it has taken control of the public media, turning public broadcasters into government mouthpieces, and launched controversial reforms of the judiciary which critics labelled an unconstitutional purge which eroded the independence of the courts.

Zerka said he didn’t believe voters endorsed Law and Justice’s authoritarianism. Two-thirds of Poles surveyed in a poll conducted by his think tank carried out last month said they viewed the end of democracy as the biggest threat to their family. But the win showed the electoral appeal of the party’s heavy spending on welfare, with the introduction of a child allowance, tax breaks for the poor, and hikes to pensions and the minimum wage.

On top of its generous welfare policies, Law and Justice campaigned on a pledge to reassert traditional Catholic family values in public life. Critics say the party’s high-profile attacks on LGBTQ “ideology” unleashed a wave of violent homophobia throughout the campaign, leading to international criticism, including from the U.S. ambassador.

Piotr Buras, head of the think tank’s Warsaw office, said the European Union would need to use all the tools at its disposal to pressure the government to stop undermining liberal democratic norms.

These included withholding EU funds, and using the so-called nuclear option of proceedings under “Article 7” of the Treaty on European Union which would suspend Warsaw’s voting rights at the E.U. Pressure from the EU forced Poland to back down on one of its controversial judicial reforms in December, reinstating a number of Supreme Court judges it had forced into early retirement.

“They should be vocal that ‘semi-authoritarianism’ is a clear violation of what Europe stands for, even with a renewed democratic mandate,” said Buras.

The results weren’t a whitewash for Law and Justice. While they were an improvement on the 37.6 percent the party won in 2015, they fell short of the two-thirds majority of seats in the lower house that the party had hoped for, which would have allowed it to redraft the country’s constitution in its favor.

The party also appeared to have lost control of the less powerful upper house, with only 49 of 100 seats — an outcome that would give the opposition some power to frustrate Law and Justice’s agenda, said Zerka.