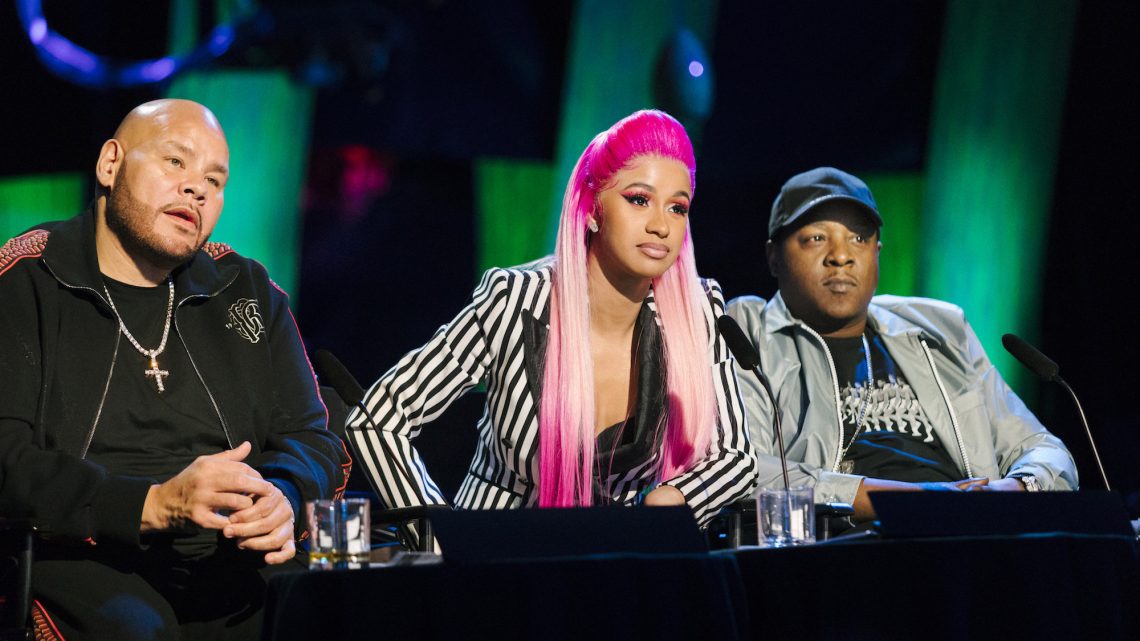 At the start of Rhythm + Flow, Netflix's new series that seeks to find hip-hop's next big star, judges Cardi B, Chance the Rapper, and T.I. joke that they want to find a rapper who can make it to their level one day, so they can take credit. But it seems like they really do want to find new talent for reasons more pure than that, because Rhythm + Flow is a new kind of competition show.

Rhythm + Flow is young, fresh, and driven by actual stakeholders who are very much on the front lines of rap. Cardi B is actively ushering in a new more supportive era for women in rap while repping for the regular, degular, shmegular people of the Bronx. Chance the Rapper is practically the unofficial mayor of Chicago, weighing in on local politics, donating $1 million to public schools, starting a local open mic night, and helping jumpstart the careers of those in his crew like Noname. And T.I., of course, helped turn Atlanta into a hip-hop focal point, showing coastal cities that the pioneering ATL breakout group Outkast wasn't just a fluke.

Most other competition shows introduce you to sweaty-palmed contestants once they've already gotten themselves backstage to some unknown set location. But Rhythm + Flow turns each city into a character. In Los Angeles, to find a contestant, T.I. meets up with the late Nipsey Hussle at a center in Inglewood that helps young people launch music careers. In the second episode, the famous New York hip-hop radio station Hot 97 gets a shoutout when host Ebro Darden introduces Cardi B to some fresh faces for the show. And the ever-so-sentimental Chance the Rapper naturally brings camera crews back to the local library where he recorded his mixtape 10 Day for an audition round that may as well have been a poetry show. Their careful location scouting makes the show feel like it's steeped in the actual institutions and communities that help build hip-hop culture.

The show also enlists local hip-hop legends to guest judge in each city. In L.A., Snoop Dogg comes out to smoke a joint and groove to any contestant who stays on beat; Fat Joe and Jadakiss bring no-nonsense energy to New York auditions; Quavo and Big Boi hold down T.I. in Atlanta; and Chance the Rapper gets help from Twista and Royce da 5'9" in Chicago. Pulling out actual talent from each city helps remind viewers that the regional pride on Rhythm + Flow isn't just for show; it's based in long histories of artists changing the industry to make more room for people in their city.

You'd have to assume that the producers have some decision-making power on Rhythm + Flow, because it's a reality show, after all. But the historical spirit of hip-hop is so aligned with competition that the first four episodes feel genuine in a way that reality shows rarely do. We'll see what happens when it comes back with the second installment on October 16. But for now, it's the best competition show on television.

Why Even Straight People Should Be Watching the LGBTQ Presidential Forum