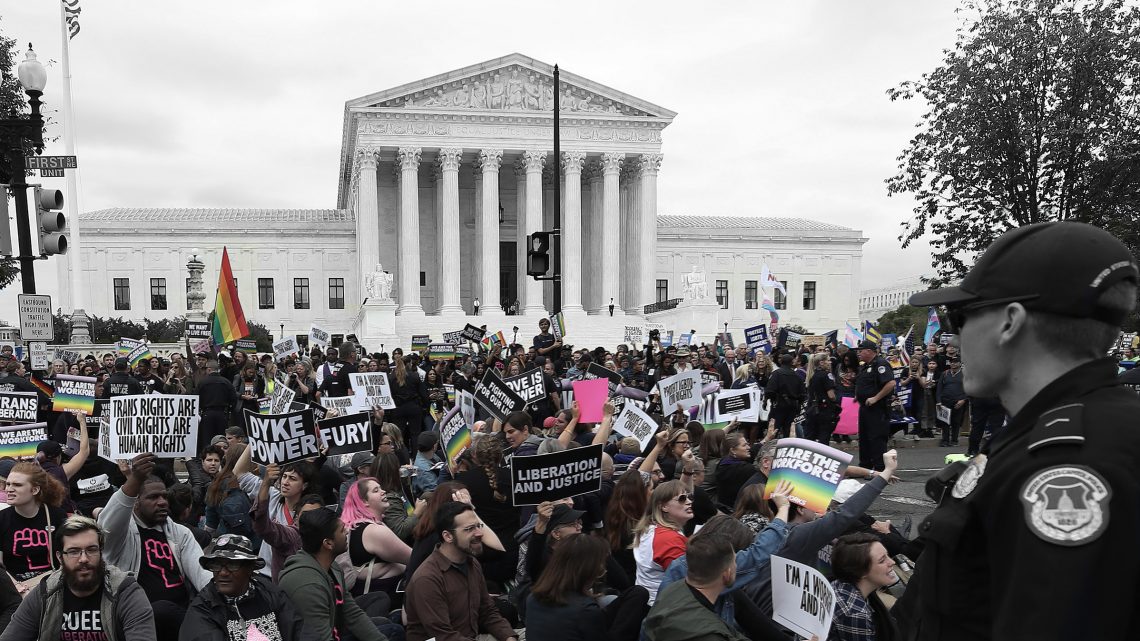 The Supreme Court heard three major cases Tuesday that will determine the future of LGBTQ rights in America. Plaintiffs Aimee Stephens, Donald Zarda, and Gerald Bostock are each respectively asking that the court officially categorize firing employees for belonging to the LGBTQ community as an act of discrimination under the Civil Rights Act of 1964, which prohibits discrimination on the basis of sex.

Zarda and Bostock are two gay men who each separately alleged that they were fired once their employer learned of their sexual orientation. Their cases are being heard in conjunction. Zarda, who was a skydiving instructor, died in an accident in 2014. His sister and partner have since been arguing his case. Aimee Stephens is a trans woman whose employer fired her after she sent a heartfelt letter coming out to her colleagues. Stephens' case is the first on transgender issues to be heard by the Supreme Court.

The three cases have the potential to enshrine LGBTQ discrimination into law, or finally institute federal protections for discrimination on the basis of sexual orientation and gender identity. Inside the hearings, the judges' attitudes seemed to fall along ideology, with the four liberal judges seemingly in favor of Bostock, Zarda, and Stephens. "If there is no reason why your gender should marry in the work you are doing, why should you not be hired?" asked Justice Sonia Sotomayor. Justice Neil Gorsuch's questions, however, signaled a possible swing vote when the Trump appointee said that at very least sex was a "contributing cause" to the termination of Stephens.

The Court's decision on the cases may not be announced for months, but Tuesday, hundreds rallied in support of Stephens, Zarda, and Bostock in the biggest LGBTQ Supreme Court cases since same-sex marriage was legalized in 2015. Here's what it looked like outside the court.

Crowds gather outside the court to support Bostock, Zarda, and Stephens

Aimee Stephens, leaving the courthouse, is met by chants of "We love you!"

Bostock and Stephens greet their supporters after the hearing