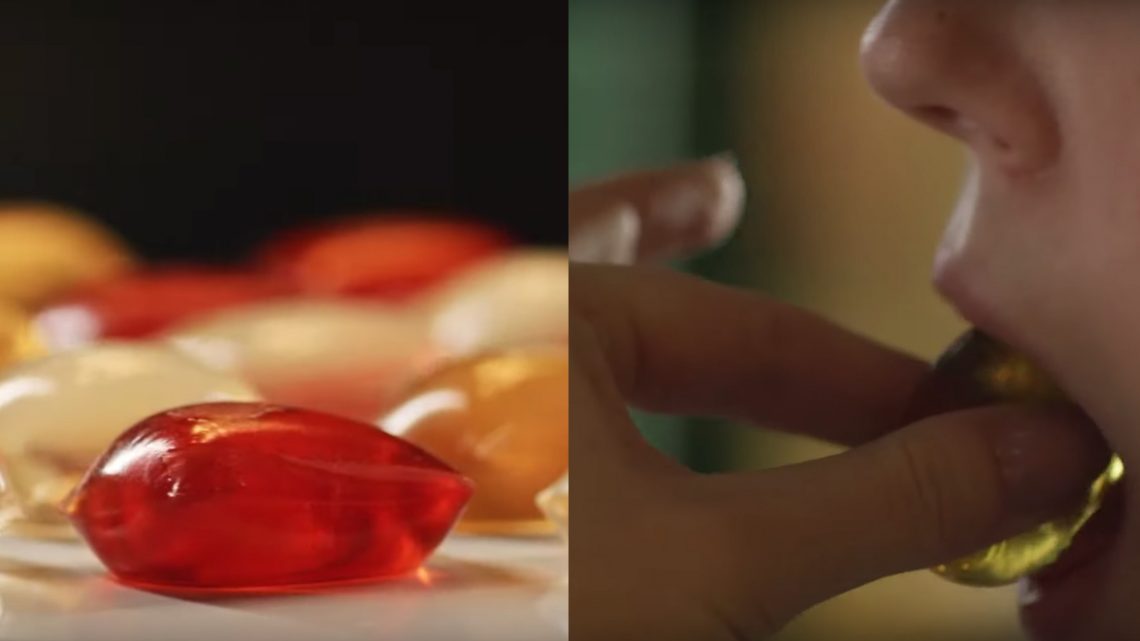 Well, it was just a matter of time, apparently. Five years after Palcohol's failed attempt to get the world drunk on powdered liquore imploded gloriously, the Glenlivet is here to bestow another dystopian alcohol nightmare upon us: Edible Tide Pod cocktails!

"The Glenlivet has released an original whiskey drinking experience," the commercial says while a bunch of actors try to pretend like they're enjoying eating cocktail balloons, "a collection of edible cocktail capsules made from seaweed, meaning no need for a glass, ice, or a cocktail stirrer."

No, this is not a sketch from Phoebe Waller-Bridge's new episode of Saturday Night Live—it's too brain-bleedingly funny for that. The so-called "Glenlivet Capsule Collection" are a series of "glassless cocktails that break convention and redefine the way whisky is traditionally enjoyed," according to the company, presumably meaning that they are changing the way whisky is normally enjoyed from "the normal way" to "literally not at all."

If you've always wanted to bite into a giant Gusher and have scotch angrily explode into your mouth, the Glenlivet's got you covered.

Unfortunately (or fortunately) the boozy Tide Pods are not available in the US yet, but if you're in the UK, please—enjoy your seaweed-wrapped boil of booze responsibly and without any semblance of enjoyment, because the future is now and pleasure is an archaic construct that we have successfully conquered and replaced with terrifying pouches of liquid.

This is what the world has come to. Sorry, everyone.