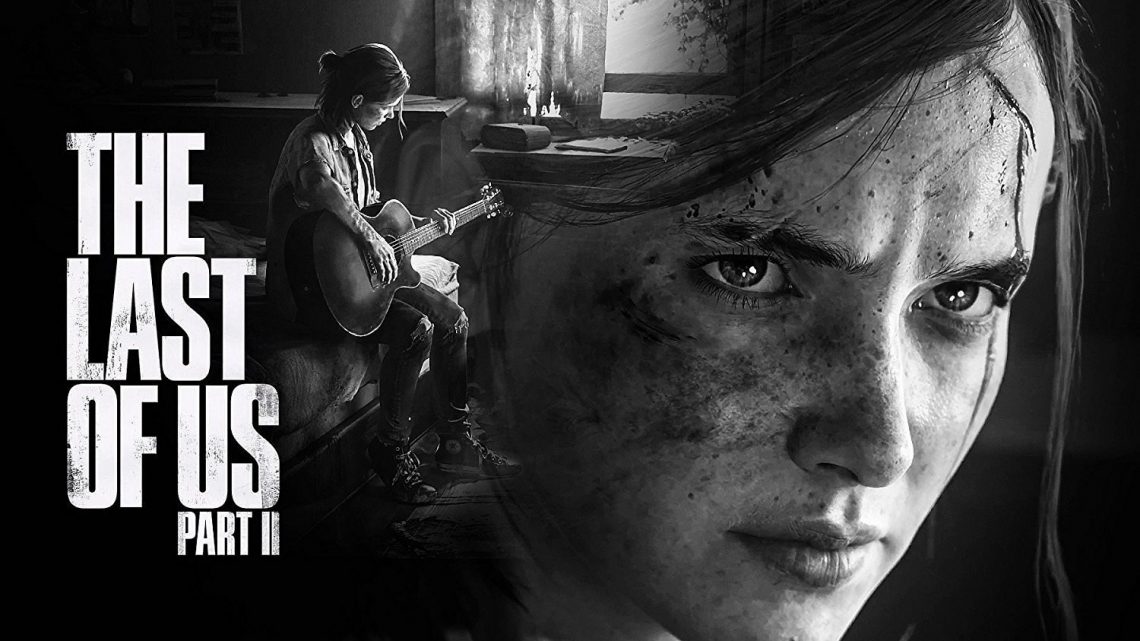 Cutting a game trailer can be tricky. You want to give potential players enough of a sense of the game without spoiling any important narrative beats. That can mean leaning on ambiguity and trope, using the established vernacular of your genre as a shorthand without giving too much away. However, leaving something ambiguous doesn't excuse problematic themes even if in the full game, given further context, that same trope plays out very differently. We discuss the new trailer for The Last of Us Part 2, the tropes it engages with, and how those tropes operate when the protagonist is a queer woman. You can read an excerpt and listen to the full episode below.

Austin: It's just not particularly moving storytelling when you fridge- when you kill a character to motivate another character at the start of your story. At this point that is not going to move me. ...It's also going to move me less when it is a queer character because I expect it so often, or when it's a woman. Like, "oh wow another story motivated by the death of a woman" actually brings me out of the story most of the time, especially when it happens as the motivating catalyst and not like, "hey, wow, I've spent seasons and seasons and seasons of a TV show with a character. The character dies of causes that are often tragic but like are not the core motivation for where the story is going." And so to some degree we're like, okay. But we don't know when this happens in the story, we don't know whether this character dies in the first hour or if this character dies in hour ten.

Patrick: The trailer is extremely disjointed in terms of–

Cado: Or if this character dies at all.

Austin: Or if the character dies at all. But that for me still doesn't move us to a point where I'm like– if this is a head fake like you suggested Patrick like "uhp, gotcha! She's actually still alive." That feels gross in a "progressive chits" sort of way where it's like, okay well are you playing games with the audience here?

Patrick: Yeah it's like you're saying "We're aware of the Trope. We're going to make you think we're doing the bad version of this trope, but actually in the game we're going to self aware that in our marketing we were–" you know. It's just a [strategy].

Austin: Right. The stakes are not the same as like "You thought you were going to play as Snake, but you played as Raiden." People have a different type of investment here, and it's an investment that I have been critical of in some ways in the past, right? This is the "we shouldn't take scraps for feasts." It sucks that we have to do this. We want representation so badly that we cheer whenever huge corporations put like a throwaway queer character or–

Patrick: But [The Last of Us 2 developer Naughty Dog] asked for this. It is it is one thing to be like the game just happens to have a queer character. The way they centered this relationship gives every expectation, and the way they talked about like at the tech of like how they captured them [kissing]. I mean, it's just like everything, you knew the story then. There's not a world where what they showed that first trailer and then where we're now is like, "oh well actually about three fourths through development we realized we should probably kill this girl off."

So the table setting was so meticulous. And that's the thing, if they did that on purpose and still went in this direction, that gives you every reason to be then understandably suspicious of everything else going forward and how they would handle [this trope]. Because being aware of genre and then playing with tropes, absolutely can be done well in the hands of smart, capable writers in which they guide you in a direction and do something different. That can be the fun of choosing genre, and playing in genre, is the subversion expectations. But that interview gives the expectation–

Austin: Lemme just read from it that way we'll have [this context.] This is an interview with Neil Druckmann who's the creative director of the game and Halley Gross who is the co-writer of the game.

Danielle asked "So one thing I think a lot of folks were concerned about is the idea of fridging. That Dina would be killed to give Ellie dramatic motivation. I’m not asking you to spoil the story, but are you aware of the tropes, given the history of queer women in film and TV, etc.? Are you aware of that while writing these characters and scenarios, and secondarily, I imagine there’s a lot of pressure on you folks to ‘get it right.’"

Gross immediately says "That’s an almost impossible one to answer!" And then Druckmann says:

I can ramble for a bit and you can take over! I’ll try without spoiling anything! I will say that knowing we’re in a genre that has certain tropes—and genre might just be relationship story, or zombie apocalypse, we’re constantly considering tropes.

Sometimes we lean into tropes where they’re best for the story and sometimes we want to subvert them in interesting ways. So I can tell you, especially with that stuff, there’s a lot of conversations about—not only that trope [regarding fridging] but other tropes that come from that kind of relationship. And ultimately what wins out is what’s best for the story.

So, for example, if we’re going to have a lead female gay protagonist in the zombie apocalyptic genre, that means the protagonist will be in really violent situations, both that she’s perpetrating and that’s done to her. And sometimes there are certain tropes that might have negative connotations, but we just have to own it if that’s part of the genre. Again, without spoiling who lives, who survives, because so much of the story is about the stakes of the people you care for. We’re aware of it, but we’re making the best decisions for the story.

And Gross says "That was great, I feel like he nailed it!"

It is so much more complex than like, "This is a checkbox in zombie movies, in post-apocalyptic stories, people go through violent situations" and "when a women, a gay woman, or lesbian, or queer woman dies, that's a trope, check." Fridging is so much more complex than that, and a trailer cannot give us the full picture of how that was deployed. Again, if for me it's like if its 20 hours in and there was a lot of great character development have time in this is a particularly tragic moment that spurns the third act or something, who knows?

Patrick: Yeah it's like, actually we spend 8 hours in the village and like you spent a lot of time with these characters.

Austin: But what it is being deployed as, outside of the context of sitting with the game playing, it is being deployed that way as marketing material. With the table setting you talked about, that last time it was like "Hey, raise the roof, fuck yeah, we got we got a fucking lesbian kiss on screen, woo!" and now it's being like "And they took that shit away. And now you're the only one who can go make it right." And that is a fuck up, right. That in the marketing material is selling the game on that [trope] and is motivating you, the player, through that that like particular trauma as if you were Ellie, right. It's just not gonna sit well with me.

Patrick: If you took that bit out, does it change anything about your reading of [the trailer?] If their whole thought is like "The genre is the genre, we are going to engage in this trope, but knowingly. Trust us." The way to do that is to not acknowledge it in the marketing, it's to let you experience it in the game where you get their full context, their full argument for why it makes sense for the story. By putting into the trailer, and especially a trailer that is deliberately misleading and void of like actual– you don't actually know what she's up to, what she's doing, where this fits in the larger narrative of her and her relationship with Joel. It's so clearly like they're trying to give you a sense of the world without giving you any sense of what you're actually up to.

But at that point, why even play with that fire? Just leave it out. If that's what happens in the game, let it happen in the game where you experience it in the full context of the story. And marketing departments do things that are different than what developers [want], there are complexities here, but let's also not pretend that Naughty Dog is a studio that is powerless in this scenario. They, I would imagine to some degree, are able to influence and give authority to how their games are presented. I will say that, knowingly with reporting, that Naughty Dog has an undue amount of influence relative to other studios about how their games are presented, shown, talked about.

Austin: They sure are, I just remembered a funny detail.

Patrick: And so that is not to say that there isn't a push and pull between different departments, but Naughty Dog specifically as a studio is given a certain leeway and influence that others aren't. So it would not be surprising to me to learn that that is there because they chose it to be there. It wasn't a marketing team being like, "you know what would be like really good and get people talking?"

Austin: Or at the very least if that did begin with a marketing person, they were in the conversation about how their game is being shown and could have interceded. I should note also, Naughty Dog is a company, for me at least, that still has an unresolved sexual harassment allegation that I was never happy with how that was dealt with. People might not remember this because it kind of faded away. Back in 2017 David Ballard, who was an environmental artist Naughty Dog, said on social media that he had been sexually harassed and put in a complaint, and then after that complaint was terminated.

And then on like a Sunday afternoon Sony and Naughty Dog put out of statement being like, "yeah we never, we don't have a record of that complained that complaint. We have not found any evidence of having received allegations from Mister Ballard that he was harassed in any way." And you know "harassment is bad, harassment shouldn't happen," that style of of like "we think it's important that we have a safe place." But no comment on how that safety is assured. There was no owning the possibility of it, or addressing investigation, or "we are going to investigate to make sure that this claim blah blah blah."

It has never sat right with me. It's like that Is the is the bed on which this is growing out of. And none of that sits right with me given all those things together, and I don't know. We'll see. That game comes out in February, right?