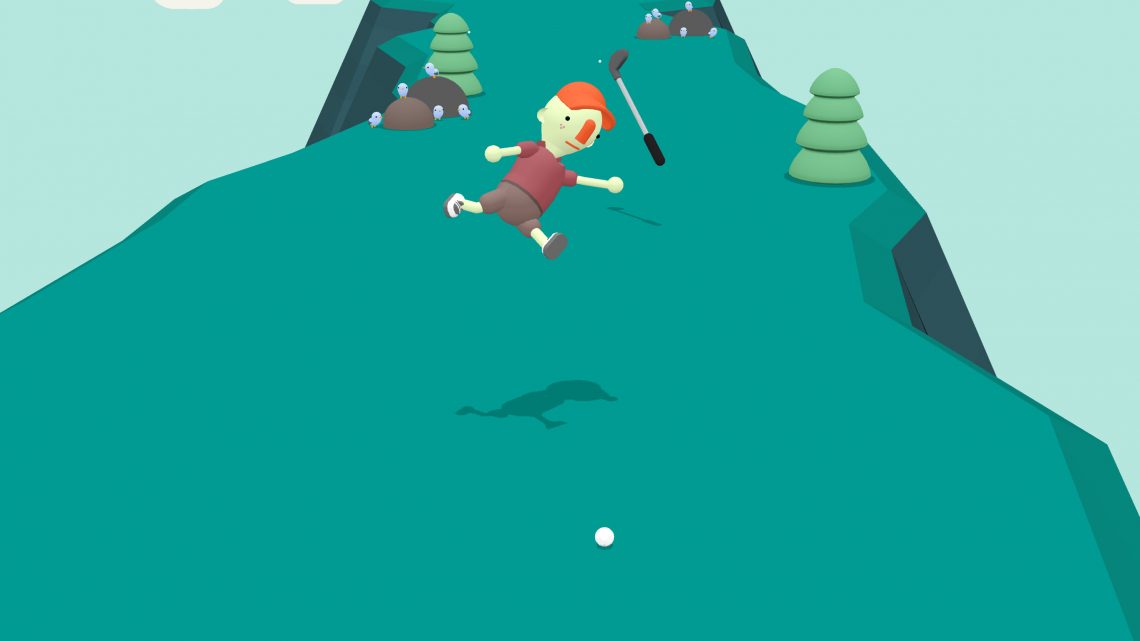 ‘What the Golf’ Is WarioWare With Frickin’ Golf Clubs

Apple Arcade launched last week with a huge lineup. This week, I’m trying to unpack the service as I spend time with it, and I’m going to highlight several games, as I work through questions about the service and consider its promise: paying $5 per month for a bunch of games that’ll never ask for another dollar. I took a close look at the delightful puzzler Grindstone , a game easy to imagine filled with microtransactions, expressed guilt while playing and discarding games without knowing how developers will ultimately get paid , and examined what it’s like to jump between the various devices Apple Arcade games run on.

Every day this week, I’ve used various games on Apple Arcade to think through questions about the service. Today, I just want to point you towards a damn good game: What the Golf.

What the Golf is incredibly deceptive. It presents as a golf game with "wacky physics," making it a challenge to corral the ball in the right direction. But in short order, What the Golf reveals it’s much stranger—and much funnier. Here's a non-spoilery example that only hints at the heights of weirdness What the Golf reaches for.

Ultimately much of What the Golf is centered around trying and failing to corral the game’s exaggerated physics. Playing What the Golf, I was often reminded of a game like Octodad, one of those games where the act of failure isn’t a punishment—it’s another form of success.

(Side note: What’s up with the lack of a new WarioWare game on Switch?)

And much like Sayonara Wild Hearts, What the Golf transforms into whatever it wants to be, whatever suits the funny joke the developers are trying to capitalize on. There are very few limitations. The core mechanic of touching the screen to fill a power meter never changes, but how that power meter is deployed radically shifts. At times, the game will ask you to flip the phone in different directions. Other times, it will move from a 3D game to a 2D game.

There’s so much game here, too. There are hundreds of levels to dig through, and even presented with a stage that looks familiar, there is always a twist waiting around the corner. Some require you to get the ball (or couch (or car?)) in the hole, others make the same ask with a limited amount of strokes. Or, as I just found out in a recent stage, you might have to race against a sheep who’s also interested in reaching the pin. Naturally.

Some games are funny because of the writing. What the Golf is hysterical without deploying a single line of dialogue, communicating its jokes through level design. So far, it seems pretty special.

As a bonus: What the Golf is not exclusive to Apple Arcade. It premiered on Apple’s new service, but funnily enough, the game was announced during a Nintendo Direct? It’s slated for a release on Switch “later this year” and comes to the Epic Game Store on October 1. It’s one of those games that feels most natural with a touch screen, but it’ll be a joy regardless of where you play it.