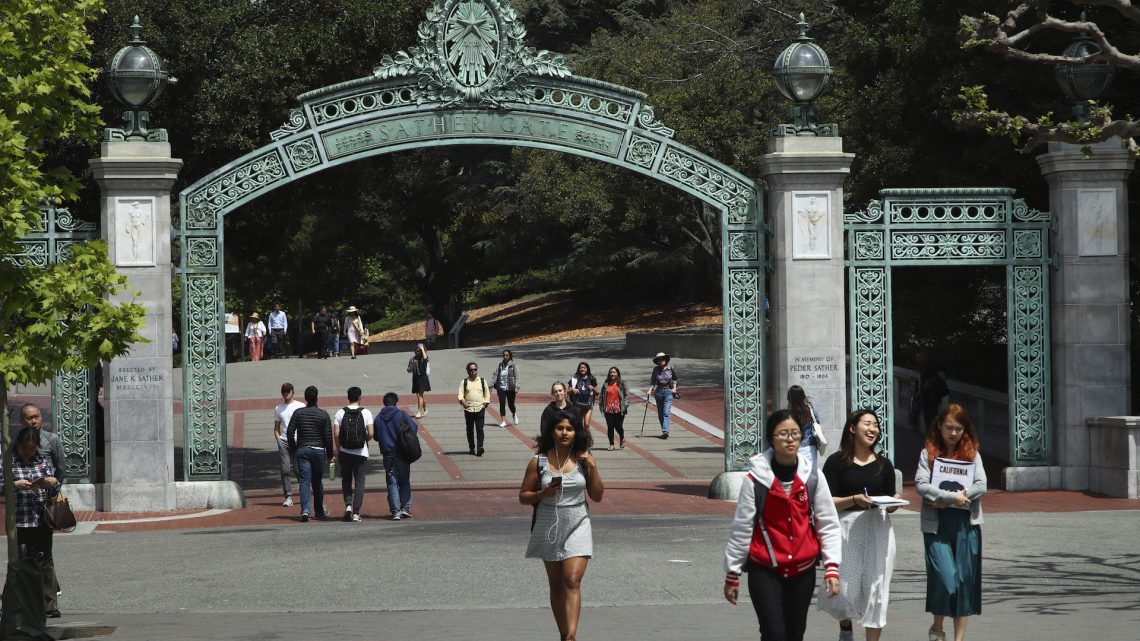 When Zoe Murray got pregnant as a 20-year-old sophomore at the University of California, Santa Barbara, she knew she wanted an abortion. So she went to her student health center, where she went for almost every other health problem.

The nurses there could not help her.

Murray ended up getting a ride to the nearest abortion clinic, where she had the procedure. But the whole experience left her feeling “frustrated and actually really lonely.”

“The nurse that helped me at my student health center just kind of — she felt really helpless too. She just gave me a piece of paper with some resources on it and just explained to me, ‘This is the procedure,’” Murray said, recalling the experience three years later. “My university wasn’t there for me when I needed it.”

“I found nothing but silence and stigma and a lack of community," she said.

Now, after years of activism by students like Murray, the California state legislature approved a bill Friday night requiring that all 32 campuses in the sprawling University of California and California State University systems offer abortion-inducing pills to students who request them by 2023. The bill now awaits Gov. Gavin Newsom’s signature; during his campaign, the Democrat pledged to sign similar legislation.

READ: Google Maps is still directing women seeking abortions to pro-life clinics — and a memorial to the ‘unborn’

The program would make medication abortions available to the 760,000-odd students enrolled on public university campuses such as UCLA, UC Berkeley, and San Jose State University. In a medication abortion, which are used up until about ten weeks of pregnancy, a patient typically takes two doses of pills several hours apart. The universities will not be required to offer surgical abortions.

Advocates say the program ensures California students can actually get abortions without having to make an onerous journey off-campus.

“I’m tired of women being shamed.”

A 2017 report on students’ access to abortion found that the average distances student must travel from a California public university to an abortion clinic is about five miles and takes just under 40 minutes, one way, via public transportation. Medication abortions in California require two visits.

The California state legislature managed to pass Levya’s bill, then known as “SB 320,” last year. But in a move that shocked advocates and opponents alike, the state’s Democratic, abortion rights-supporting then-governor vetoed it. In a message at the time, Gov. Jerry Brown said that average distance is “not an unreasonable distance.”

“Because the services required by this bill are widely available off-campus, this bill is not necessary,” he added.

“What went through my head was, ‘Here’s another old white guy telling students what to do with their bodies,’” Levya recalled thinking. “As soon as we got that veto message, we put a plan together quickly and reintroduced the bill in December of last year.”

READ: Small clinics are fighting for their lives under Trump's abortion rules

While Brown is now out of office, his veto bolstered Right to Life of Central California, an anti-abortion group in the state that’s circulated petitions to stop the bill, which is now called “SB 24.” But the group isn’t trying to convince anybody of the supposed immortality of abortion. Instead, they’re arguing the program is too expensive.

The bill decrees that the medication abortion program will only take effect if supporters are able to raise $10,290,000 in private funds. (A consortium of reproductive rights groups have said that they have already raised the money.) Each university will be given hundreds of thousands of dollars from that fund to cover things like buying new equipment, adding security, and training staff.

But a California Department of Finance report found that actually implementing the legislation could, over time, far exceed its projected cost.

“The cost has to be burdened — shouldered — by somebody and that somebody will be the students and/or taxpayers,” said John Gerardi, executive director of Right to Life of Central California. “The arguments we’re making here are not the viewpoints of a bunch of right-wing nutjobs here. I mean, Jerry Brown agreed with us. These are not crazy, whacko arguments.”

The bill’s all-but-certain passage is yet another sign of the deepening gulf between states like California, which are increasingly pushing for abortion rights-supporting measures, and Republican-controlled states in the Midwest and South, which are passing laws intended to restrict access at a furious pace.

“California students’ access [to abortion] is going to be similar, if not better, than other parts of the country,” said Ushma Upadhyay, an associate professor in the OB-GYN department at the University of California, San Francisco. “I mean, we have six states with only one abortion provider. So, clearly, university students in those states should be demanding this as well, because their access is likely much worse.”

The effort to pass the law in California began, in part, on the campus of UC Berkeley years ago, when then-19-year-old sophomore Adiba Khan launched an effort to get the student health center to offer medication abortion. But Berkeley administrators shot her down in 2017, Khan said, telling her that the program would cost millions to implement.

So when officials from the Women’s Foundation of California reached out to a student group Khan co-founded, Berkeley’s Students United for Reproductive Justice, to see if they wanted to work on bigger version of the initiative, she was in.

“I was like, ‘I mean, I’m listening. I don’t really have any other options at this point,’” Khan recalled. Now, the student-led movement is on the verge of finally winning, provided Gov. Newsom signs the bill into law.

“I think a lot of people underestimate students,” Khan said. “This helped me realize that, oh actually, students — especially as a collective — are quite, quite powerful.”

Cover: Students walk past Sather Gate on Thursday, May 10, 2018, on the University of California at Berkeley campus in Berkeley, Calif. (AP Photo/Ben Margot)

Drone Strikes Shut Down Half of Saudi Arabia Oil Production