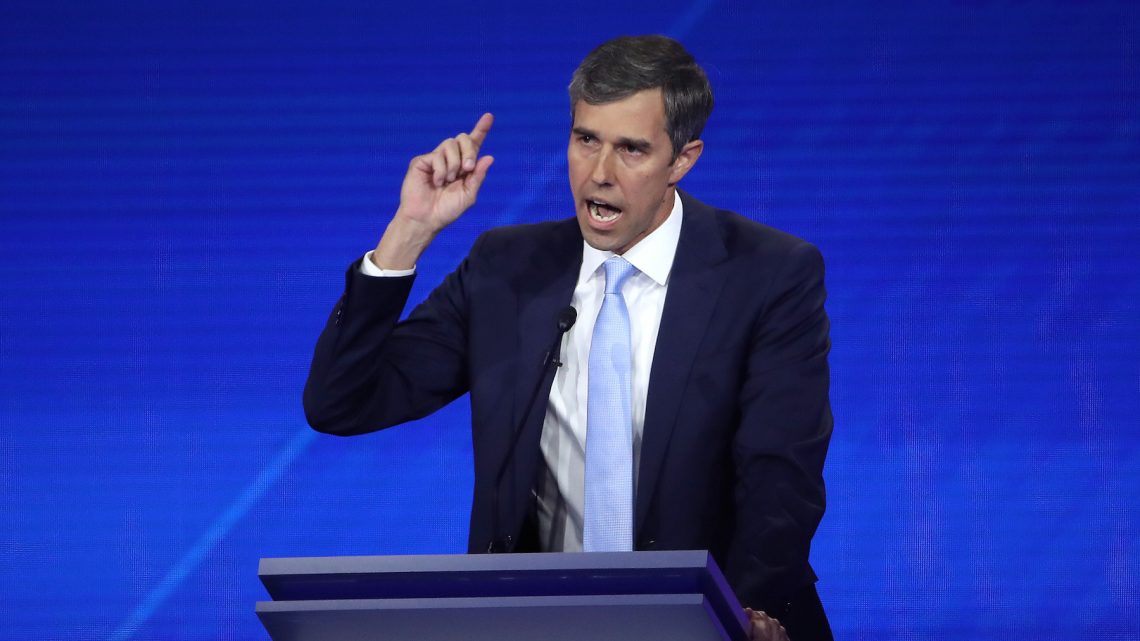 Former El Paso Congressman Beto O’Rourke launched into a candid tirade against gun violence and assault weapons during Thursday’s Democratic presidential debate — and the GOP didn’t waste any time seizing on the comments as proof that Democrats want to take away Americans’ guns.

“Hell, yes,” O’Rourke said in response to a question about whether he supports a mandatory gun buyback program for assault weapons.

Read more: Castro wounds Biden — and maybe himself — with attacks on memory.

Visibly moved, O’Rourke recalled meeting the mother of a 15-year-old Odessa girl who watched her daughter “bleed to death over the course of an hour” because there weren’t enough ambulances. “Hell, yes, we’re going to take your AR-15, your AR-47,” O’Rourke said to thunderous applause.

Republicans seized on the clip shortly after his comments, saying that it represents “the modern Democrat Party.”

Declining to call O’Rourke by his preferred nickname, the Republican National Committee’s spokesperson tweeted that O’Rourke supports “ripping up our 2nd Amendment and confiscating firearms of law-abiding Americans.”

And Charlie Kirk, founder of the right-wing organizing group Turning Point USA, tweeted on Thursday night that “Democrats aren’t hiding it anymore. They want to take your guns. This isn’t some right-wing conspiracy.”

While O’Rourke isn’t alone among Democrats in endorsing a gun buyback program –– all of the top-polling Democrats running for president support some version of it –– it is among the more aggressive proposals.

Read more: HBCU students told us what they want to hear from the debate.

Castro Wounds Biden — and Maybe Himself — with Attacks on Memory