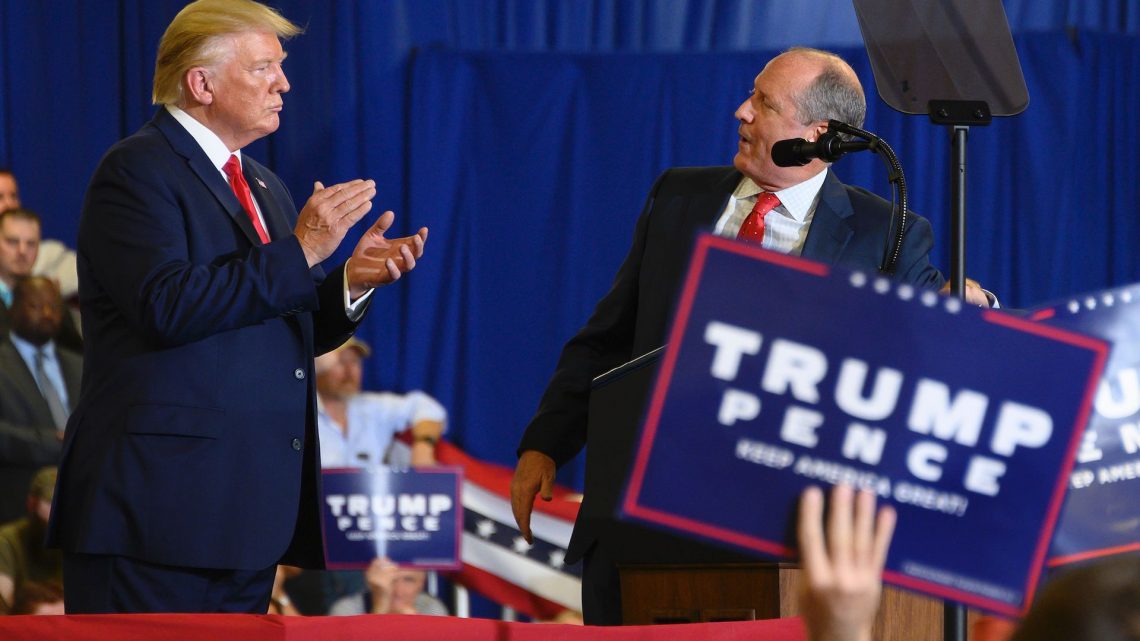 Republicans pulled out a close race for an open House seat in North Carolina, averting what would have been a disastrous outcome in a district they’ve held for six decades.

Republicans can breathe a sigh of relief after hanging onto the seat — but the close margin isn’t exactly reassuring in a traditional GOP stronghold that President Trump won by almost 12 percentage points in 2016.

Republicans had to pull out all the stops to win the seat, sending in Trump for an election-eve rally, deploying Vice President Mike Pence multiple times, and dropping $6 million from national groups to save Bishop, who was outspent by McCready by a wide margin.

READ: This North Carolina election could be an important hint for Trump in 2020

McCready ran in 2018 and appeared to come up just short on election day last November, trailing his opponent by 905 votes. But the election took a bizarre turn when his GOP opponent’s consultant was accused of committing widespread voter fraud. The election was thrown out and a redo was ordered.

This result marks the unofficial end of the 2018 midterm elections, whose ramifications have been felt in the halls of Congress.

House Republicans have been retiring in droves since losing the majority last fall, a sign they’re not bullish about returning to the majority next year. This result isn’t exactly a resounding victory, but it avoids giving skittish Republicans another reason to eye the exits.

If Republicans can’t dominate in districts like this next year, there’s little hope they can retake the House — and Trump’s own reelection chances look significantly more bleak. The president won North Carolina by under a four-point margin in 2016, less than a third his margin in this district. And if he’s losing slightly GOP-leaning North Carolina on election day, he’s likely in much worse shape nationwide.

READ: A running list of all the Republicans retiring or quitting in 2020

The district has something in common with the other areas where Democrats had outsized success in 2018. Its once-solidly Republican suburbs around Charlotte have moved hard away from the GOP in the Trump era and that trend continued on Tuesday.

But Bishop came up with strong numbers in the poorer, more rural areas.

“The results tonight are the clearest sign yet that the left’s embrace of socialism is putting even their strongest and best-funded candidates in dire jeopardy," said Congressional Leadership Fund PAC President Dan Conston, whose group spent heavily to drag Bishop across the finish line.

Trump bragged about his role in the narrow win.

Trump declared at a Monday night rally for Bishop that he’d win and help the GOP “take the first steps to firing Speaker Pelosi and winning back the House.”

That might be a bridge too far — but the close win has to be a relief for the president.