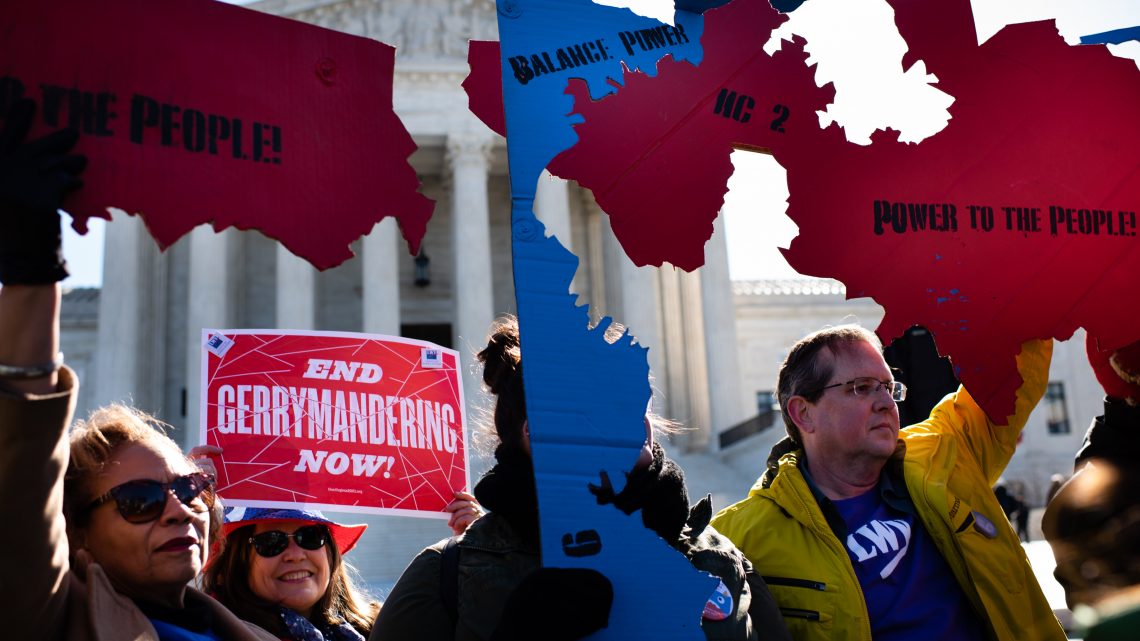 A court in North Carolina ruled unanimously on Tuesday that the state's partisan gerrymander, which kept Republicans in power in the state legislature even as Democrats won popular votes statewide, is illegal. "Voters are not freely choosing their representatives," a bipartisan panel of three judges wrote in their decision. "Rather, representatives are choosing their voters."

In the 357-page opinion, the judges found that Republicans had used "surgical precision" to undermine Democrats' votes, violating Section 10 of the North Carolina Constitution, which reads, "All elections shall be free."

The map drawers, in this case, included the late Republican strategist and redistricting expert Thomas Hofeller, who sought to create political maps "advantageous to Republicans and Non-Hispanic Whites." After his death last year, Hofeller's daughter turned over some of his hard drives to Common Cause North Carolina, the plaintiff in the gerrymandering case, which entered their contents as evidence. "Dr. Hofeller drew the 2017 Plans very precisely to create as many 'safe' Republican districts as possible, so that Republicans would maintain their supermajorities, or at least majorities even in a strong election year for Democrats," the judges found.

Per the ruling, the state legislature must immediately begin redrawing the district maps, to be approved by the court in the next two weeks. "Our heads are spinning here in North Carolina," Bob Phillips, the group's executive director, told the New York Times. "It’s a huge win, particularly for the voters of North Carolina, just to know that this entire decade they have never had an opportunity to actually vote for legislators in constitutional districts." Republicans have said they won't appeal the decision—an unusual move for a party that otherwise seems to be steadily accommodating itself to ruling as a minority.

The decision comes just a few months after the U.S. Supreme Court ruled that it did not have authority to address partisan gerrymandering. While this limits reformers' legal options at the federal level, about half of state constitutions have free election clauses similar to North Carolina's, according to the Times, and all but one explicitly guarantees the right to vote. Because the U.S. constitution does not contain such a provision, some legal scholars have argued that these clauses give those fighting against gerrymandering more room to maneuver at the state level: an ironic twist for a country where state governments have a history of dismantling voting rights, not protecting them.

The North Carolina decision was about state legislative districts rather than congressional districts, so it doesn't directly impact the Democrats' chances of retaining the House in 2020. But it could have a huge effect on state politics: Republicans in North Carolina have undertaken a variety of aggressive moves to retain power, including passing measures that give the GOP-dominated legislature more authority than the Democratic governor. If a redrawn map allows Democrats to retake the legislature, that could finally end Republican control of the state—and allow Democrats, not Republicans, to draw the congressional maps after the 2020 census.

The Pennsylvania Supreme Court issued a similar ruling last year, describing the Republican-drawn map of the state's congressional districts as "sprawling," "rorschachian," and "corrosive" to democracy—a decision that likely helped Democrats in the 2018 midterms.

"This victory joins a growing list of victories in the fight to end gerrymandering nationwide. The battles do not end here though," Karen Hobert Flynn, president of Common Cause, said in a statement on the North Carolina decision. "In other states the fight will go on in state courts, in legislatures, and through ballot initiatives to ensure every voter across this country has a voice at the polls."

Brendan O'Connor is a freelance journalist working on a book about immigration and the far right for Haymarket.

Dorian Is Still Not Projected to Hit Alabama, Despite Trump’s Sharpie Map