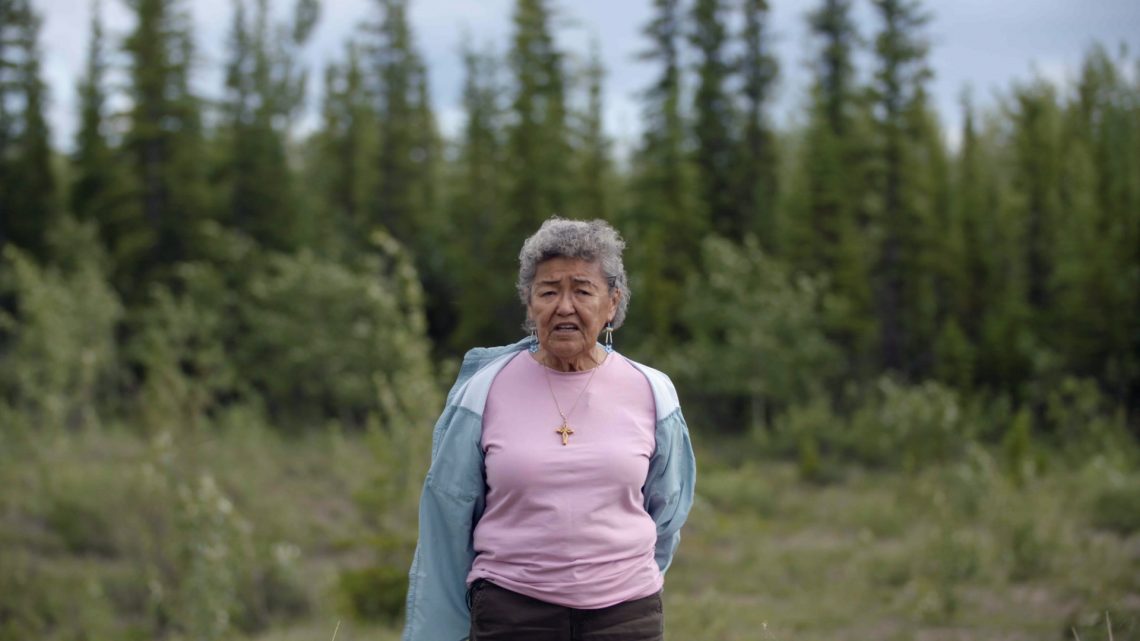 “Can you count to five? Yes,” she said, listing the numbers in Gwich’in. “I never got nine and ten.” Driving through her hometown of Fort Yukon in Alaska’s northern interior, she can’t name a single family that’s raising kids in the language.

Only 20 native languages are still spoken in Alaska, and last year the governor declared a linguistic emergency. Hinz is trying to change that. As Project Manager for the Yukon Flats Language Revitalization Institute, it’s her job to bring the Gwich’in language back into use.

It’s also a race against time. Gwich’in has just 300 fluent speakers left, including Hinz' father, Clarence Alexander. Almost all of them are over 60-years-old, and so far, the basic language classes offered by village schools across the region have failed to produce new speakers or slow the language's steady decline.

This summer in Fort Yukon, around 30 elders, all fluent in a dialect of Gwich’in, and a team of linguists from The Language Conservancy met for a session of the Language Revitalization Institute. Under Hinz’ direction, they worked toward basic but crucial goals: creating the first full dictionary for Gwich’in and expanding the range of teaching materials available in schools and university classes.

“If you look at communities where the language is mostly lost you see a lot more social problems: suicides, substance abuse, sexual assault," Hinz said. "A lot of those things come from being disconnected and not belonging. Belonging is an incredibly powerful human emotion.”

For many of the elders, revitalizing the language is a way to restore pride in the identity, culture, and environment that are expressed much more vividly in Gwich’in than English.