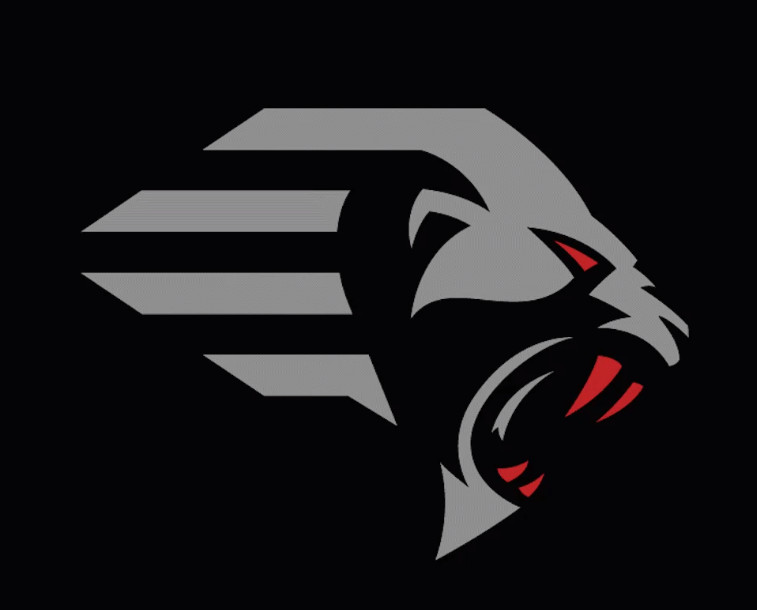 The fall is almost upon us, and you know what that means! That's right, it's American Football season, and that means we're gonna try and guess the names of the recently revealed XFL teams based only on their team logos! Then we check in on Patrick as he tries to unravel the mysteries of evolution in Ancestors: The Humankind Odyssey. What is the difference between a branch and a stick? Patrick doesn't know, and neither do we. After the break, Austin checks back in with the surprising world of Remnant: From the Ashes, which has some well written narrative moments that he wasn't expecting. Then Cado tells us about the intriguing but frustrating Oninaki, which has an intense narrative setup, but doesn't ever feel good to actually play. Then we get lost in the woods with Danielle as she explores the new Blair Witch game. Yes there is a dog, and yes you can pet it!

Austin: "Sentries carved of stone. Watch dogs over the metropolis. A prehistoric predator Beast evolved turn loosen a new kind of jungle. All teeth and talons eyes unblinking. They know fear because they feed off it. They are your first line of defense and there's no need for a second. The 'blank' on duty."

Austin: The Seattle Sabretooth says Cado. The Sphinx, no.

Danielle: No, Seattle's something else!

Cado: Fuckin' prior, god damn it.

Austin: Prior knowledge from Danielle.

Patrick: I was seeing some of the stripes, I was thinking maybe like a pharaoh, Egyptian vibe.

Austin: I'm surprised Cado didn't get this just in his bones, because those are the New York Guardians.

Danielle: WHAT?!? This is our team! How did we not know our team?

Austin: We didn't know her own team, I know, it's bad.

Austin [in a Zavala voice]: Guardians. 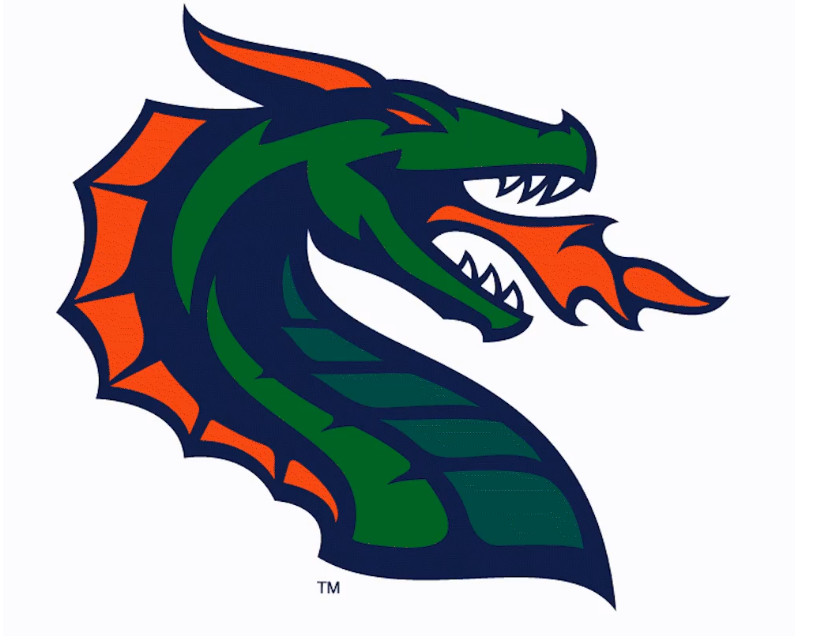 Austin: Alright, this next one's pretty easy I think,

Patrick: Oh I know this one.

Austin: because Danielle already knew. It's the Seattle Dragons.

Patrick: We're not awarding Danielle any points in this game, correct?

Danielle: What? Come on!

Patrick: She looks at this and goes "Oh! Clearly the Seattle dragons is my wild guess at what this might be, because I looked at an image and now claim that I have amnesia over it 2 days later."

Patrick: "I appear to be using lots of prior information to inform my guesses."

Danielle: I looked at that thing for like 10 fucking minutes!

Patrick: You're not helping your case!

Cado: I kinda imagine the bottom half of that to be like thick-body though.

Austin: No, "Rising from the turbulent sea beneath the darkening skies of their weather hardened home. Relentless, ruthless, ravenous. Not of mythology, but of muscle and might. Not of folklore but of football." Wow.

Danielle: Very! Very. Your darkest fantasy in cleats? Excuse me!

Austin: Your darkest fantasy. In cleats!

Patrick: Well now I really want to see what's the the second half of this dragon. 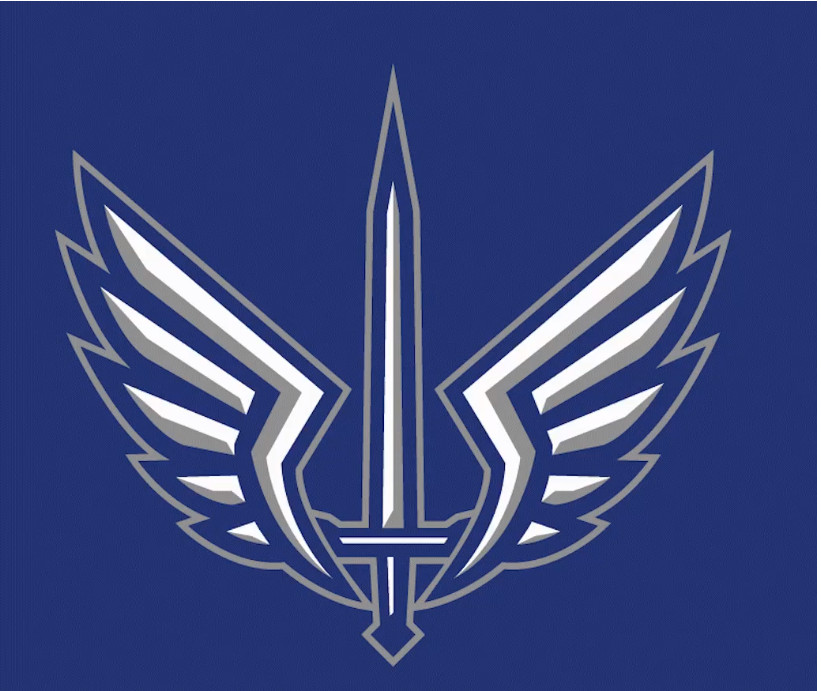 Danielle: Oh! This is St. Louis!

Danielle: The next three are great.

Danielle: I swear to god I'm doing this from memory!

Patrick: Danielle that's not helping! The whole point of the game is for us to guess!

[Cado is still dying in the background]

Danielle: I want to know I'm basing this on seeing this image of the eight logos like two days ago!

Austin: That image says where they're from!

Patrick [screaming from off mic]: THAT'S NOT A GUESS!

Danielle: Yeah but it's from days ago!

Cado: But we don't have any of it!

Austin: If you came to me like "Austin, are there hush puppies on the menu at Sugar Freak in Astoria?" I'd be like, "Well I haven't been there in a little bit, but yeah, I think theres hush puppies." That's not me guessing, that's memories.

Austin: Only from the cities! Unless you remember a name!

Patrick: Or at least give everyone 30 seconds to have an idea before you throw out "here's what it is!"

Patrick: "Cause I found it on Wikipedia!"

Danielle: I just got so excited that I knew things!

Austin: I know you're excited, I know, I'm not trying to shit on your excitement! They are from St. Louis. "They are winged warriors. Preparing for flight, preparing to fight. They await their orders. They attack as one, diving, dodging, swooping, striking. Their mission: create chaos. Their mandate: win at all cost. The 'blank' cleared to engage." This is like a blue field with a white and gold sword with wings on it.

Austin: This one does look like a Pokeomon, that's a hundred percent right. I will say this one has camel-casing, it has intercapped camel-casing so it's two words. That's the clue I'm giving you.

Danielle: It should be Valkyries. It's not but it should be.

Austin: The Flying Knights would be a fine name but it's not.

Danielle: Isn't there like an NHL team that does that for real, that does like a goofy Knight thing before games?

Patrick: All I can do when I look at this is just think of Dimitri from Fire Emblem.

Austin: Oh that does look like, this is Dimitri's logo for sure. No guesses? Come on give me a guess.

Patrick: Get him on a pegasus.

Cado: Fuckin' that sounds Paladin like, but I don't think that works with a camel case situation.

Austin: Haha! No, it's not Paladin.

Patrick: Pala Din is where I grew up in California!

Austin: This is, if you're giving up?

Cado: What the fuck!

Austin: Not one hawk!

Cado: Not a single fucking hawk!

Austin: Not one hawk.

Cado: That's not even hawk wings! Those look like angel wings, what the fuck!

Trump Asks “Who is Our Bigger Enemy, Jay Powell or China’s Chairman Xi?”