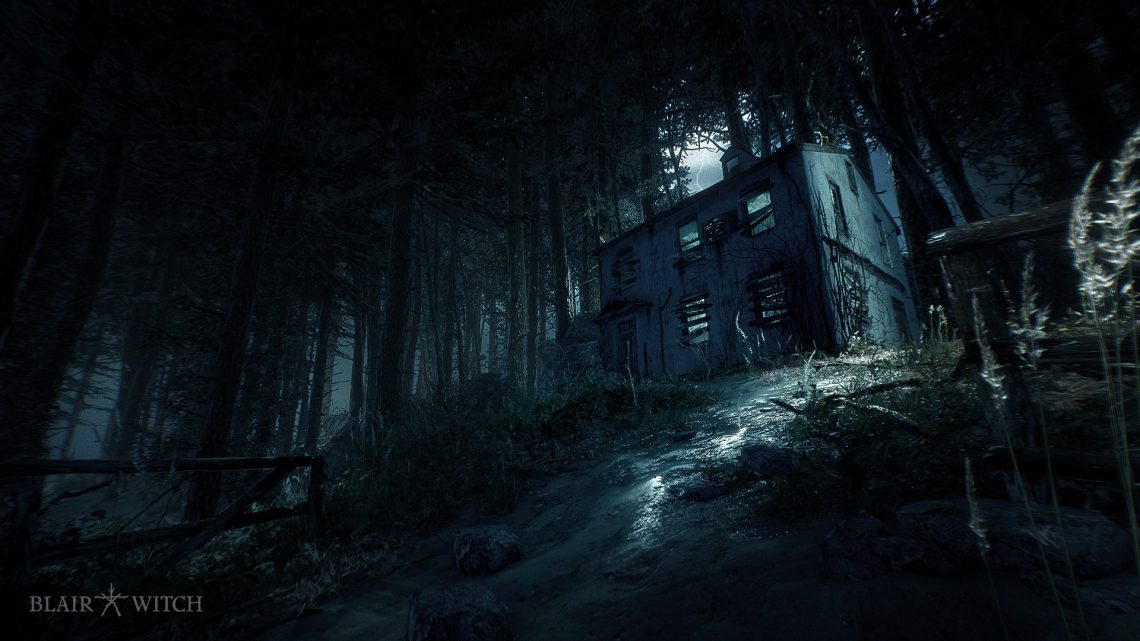 Twenty years ago, The Blair Witch Project brought the found footage horror genre to the masses. Its first-person, amateur (faux-)documentary style would go on to influence an entire generation of horror creators. That's as true for the world of video games as movies, with first-person horror going from niche (Amnesia, Outlast, Anatomy) to AAA (Alien Isolation, Resident Evil 7, P.T.) over the last decade.

Along the way, Polish studio Bloober Team has gotten very, very good at telling first-person horror stories, slowly but surely adding mechanics into a subgenre known for its interactive simplicity. With Layers of Fear, the Krakow-based team started something of a streaming phenomenon. Their 2017 masterpiece, Observer, added in some detective and adventure game style mechanics (and some stealth). Layers of Fear 2 added some narrative enhancements, and more complex stealth segments.

Now, Bloober Team is taking on the 1999 horror film that helped put first-person horror in the mainstream with Blair Witch: Evil Hides in the Woods, which hits the Xbox One and PC on August 30 (occupying the late summer/back to school slot that feels very appropriate for the property).

Evil Hides in the Woods takes place in 1996, when a young boy named Peter goes missing in the cursed Black Hills Forest. You play as Ellis, a local dude with a troubled past, who is committed to the search and rescue mission. He brings Bullet, his dog (yes, you can pet him!), a flashlight, a radio, and a camcorder into the forest, all of which will come in handy. And each of which continues the layering of new mechanics into the first-person horror genre, including robust puzzle-solving and even combat.

There is an inherent danger to adding too much to a formula that thrives on simplicity. But from what I’ve played of the upcoming game—about a forty minute demo—I'm hopeful that they have the balance right. 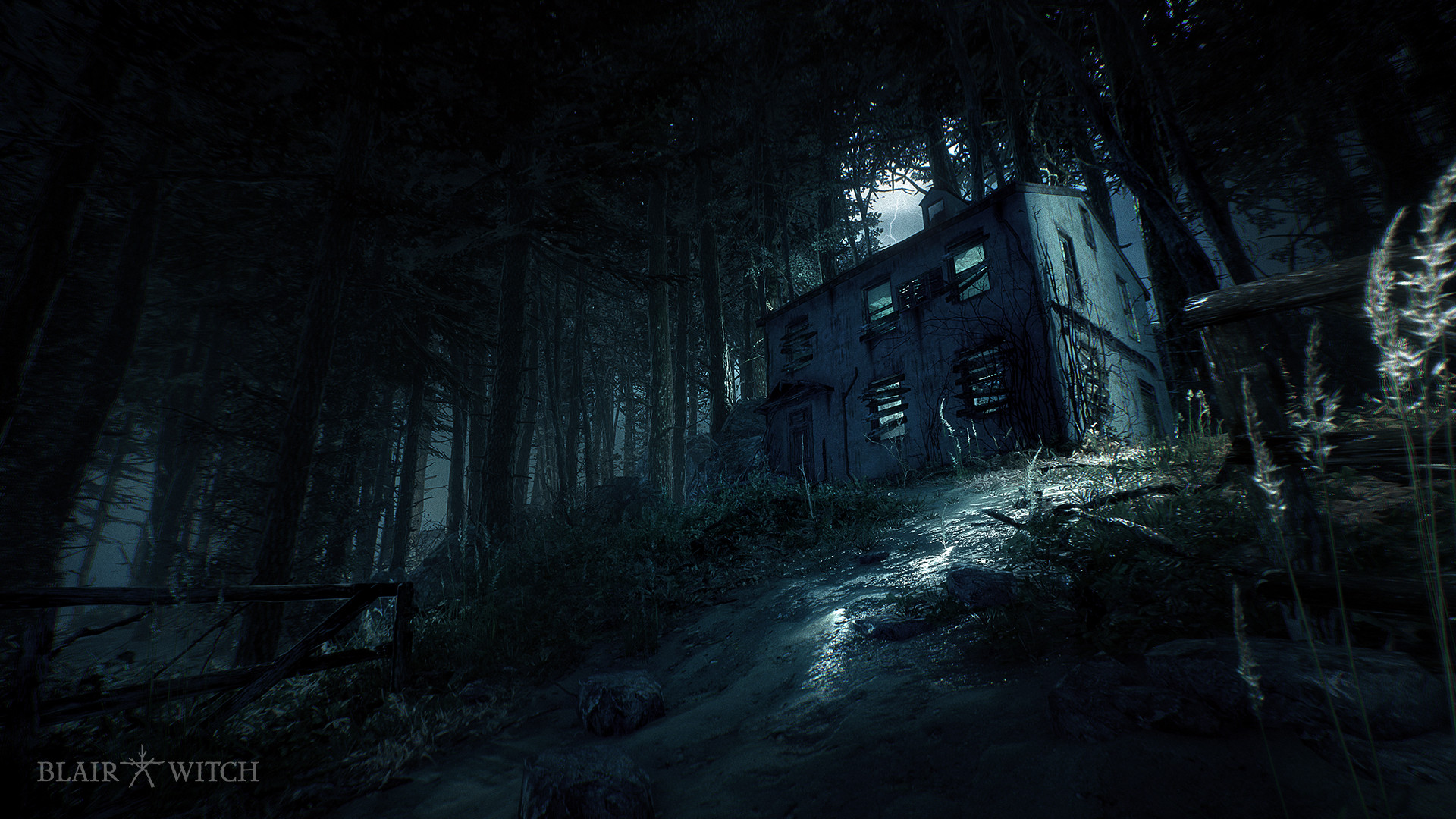 In my demo, I played through several sections highlighting the gameplay pillars. There is exploration, as per usual, where Ellis can investigate and comment on his surroundings, and some light radio drama over walkie talkie. There’s also combat, using Bullet and that flashlight: the witch may send apparitions your way that you can mostly see, but naturally, your doggie companion can sense them better.

I wielded my flashlight Alan Wake style (albeit in first-person here) at the baddies coming from the direction Bullet was barking in. Since my demo was pretty limited, it's hard to know whether these combat elements will be frustrating or awesome. I'm skeptical of combat in horror games like this, but it's nice that Evil Hides in the Woods gives the player a way of fighting back at the forces indirectly, without ever making you feel over-powered. The UI is clever, hinting in red the direction that Bullet is facing down your foe, and there is something inherently satisfying to working with a very good dog in order to ward off evil spirits.

But if the difficulty ramps up too intensely on this, I know I’ll be tempted to throw my own flashlight at the screen. 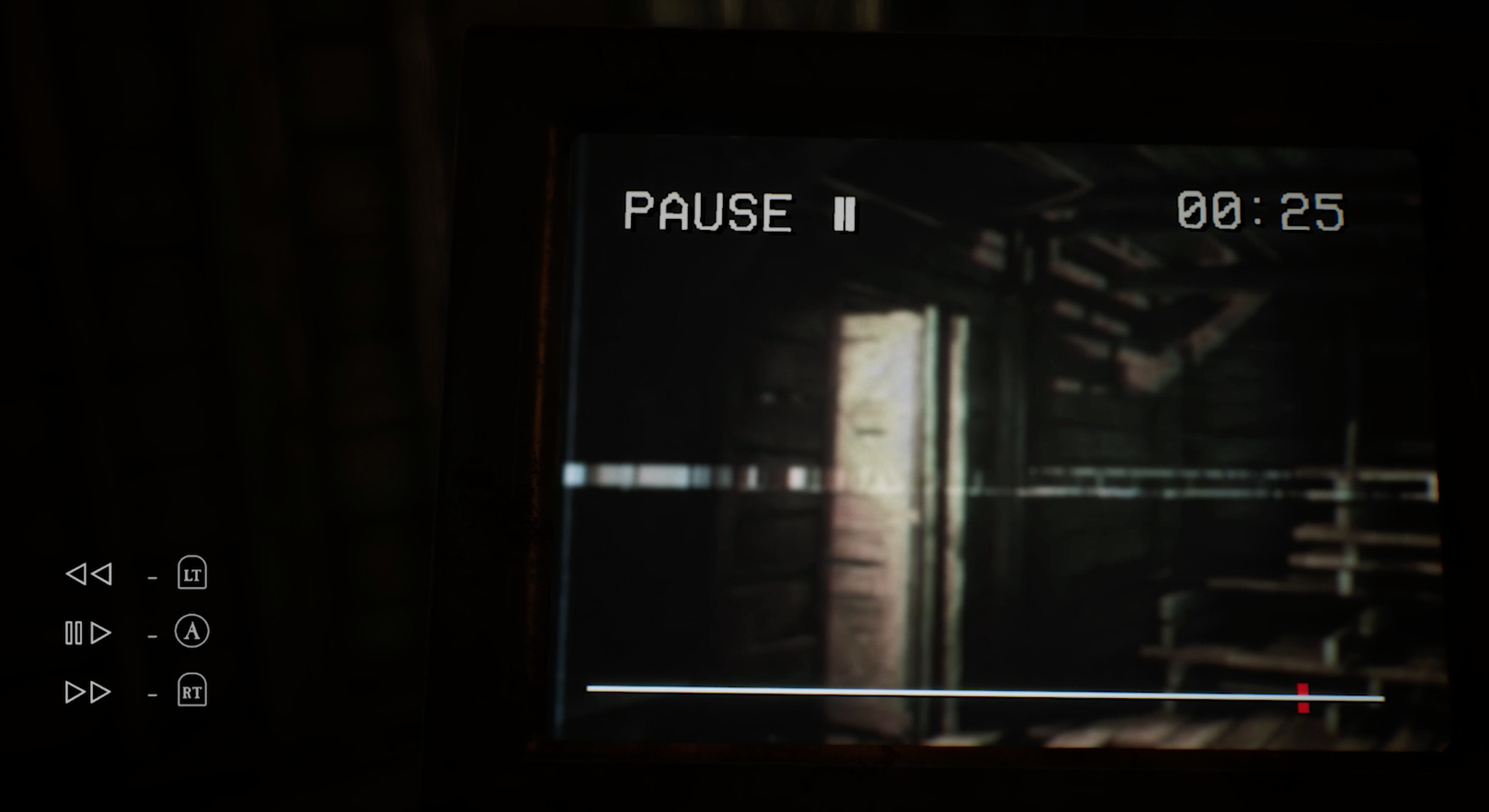 Thankfully, combat isn't the only thing you'll be doing in Blair Witch, there are also plenty of puzzles to attend to, in various styles. Some look like more traditional adventure puzzles: I had to figure out how to move an object blocking my path, with the help of Bullet. Others employ the camcorder for clever (and surreal) environmental manipulation. You can play tapes on your camera, rewinding, fast-forwarding, and freezing on the right frame may change something in reality. I had to use this mechanic to unlock a door into a creepy building, out by the sawmill. It’s good stuff: making smart use of the film’s rough-hewn cinematography and giving some insight to the nature of these woods at once.

I asked Narrative Designer Barbara Kciuk about the emphasis on more mechanical depth as the team has progressed. She noted that the team is certainly bigger than when the studio started out with Basement Crawl in 2014 or when they made a splash with Layers of Fear in 2016, but the real reason for added interaction and systems was a desire to keep their bag of tricks fresh.

“I would say that, with every game, we want to introduce something new,” she told me. “Because, especially in horror, people won’t fall for the same tricks. You won’t be scared re-playing the same game, just with a different setting. It won’t work."

She noted the stealth mechanics in the previous horror games as something of a jumping off point. "Before, with Layers of Fear and Observer, we tried running away from creatures, now we are trying fighting them. This is something we want to explore, to see what really works, to see what doesn’t, and just pick out the best parts to make creative and better games.

Have thoughts? Swing by Waypoint’s forums to share them!