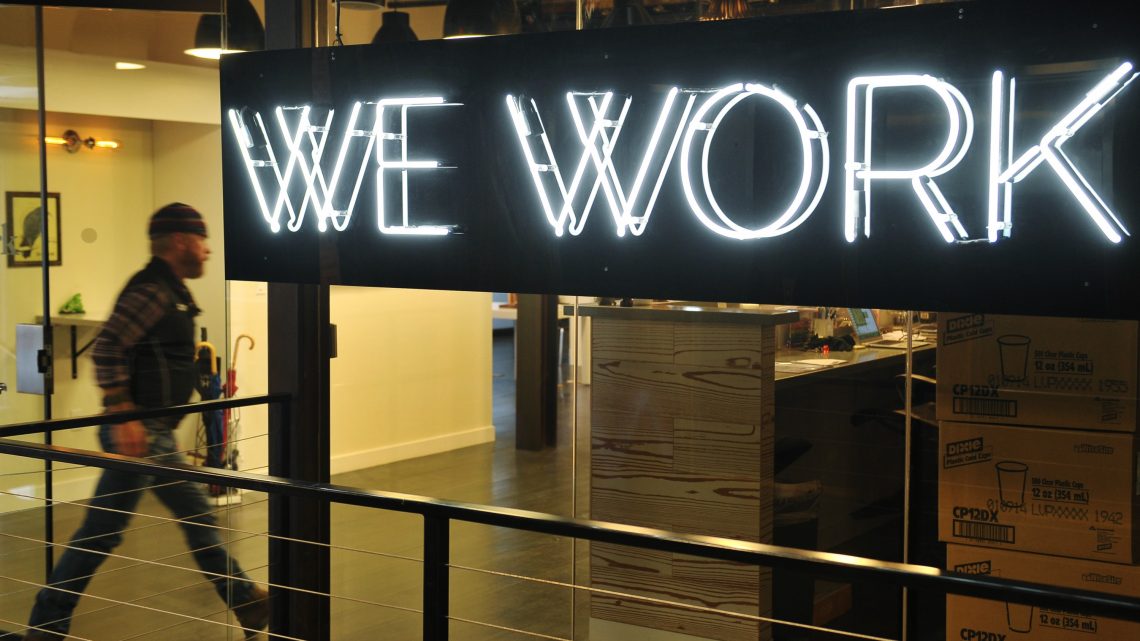 On Wednesday, the We Company, better known as WeWork, which dreams of a world where you can live, work, and die same building, announced that it was A. losing hundreds of millions of dollars a year, and B. going public.

In its prospectus, the We Company said that it had lost $1.6 billion in 2018 and nearly $900 million the year before that. That’s a shocking number for a company that is valued around $50 billion thanks to its innovative and disruptive business model of leasing offices in hip cities, then renting space at a communal desk for hundreds of dollars a pop. It's also expanded in recent years to offer communal living spaces to young people as part of sidearm called WeLive, and controversially has rented space in buildings personally owned by its own CEO, Adam Neumann.

Neumann and the rest of the We leadership hopes that the stock market—like private investors before it—will buy claims that the company is the next Amazon, which now posts regular profits after years of posting losses while building up the infrastructure it needed to create its dystopian supply chain. But other "unicorn" startups have struggled after going public. Uber, which basically just runs a taxi service using other people’s vehicles, just lost $5.2 billion in a quarter and its stock is plummeting. Meal delivery service Blue Apron's stock price was below a dollar at one point last year. (That's bad.) In other words, Neumann is the latest tech executive asking investors to bet on his company turning into a big, beautiful butterfly after spending most of its existence as a money-losing worm.

There's reason for skepticism. WeWork’s biggest competitor is another chain of co-working spaces called IWG, has about five times more users along with many more offices and workstations. But as Recode pointed out, WeWork’s latest funding round shows that it’s valued way, way more than IWG—evidence that the We Company may have an inflated value thanks to using the words "tech" and "disruption" a lot.

The section of the prospectus marked "risk factors" lays out how badly things could go for We. For one thing, the company can't guarantee it'll grow at a rapid clip or be able to effectively manage that growth. Additionally, WeWork has long-term leases on many of its spaces, and relies on short-term desk and office rentals from its members to pay those bills. If an economic downturn hit and people cancelled their WeWork memberships, "our cash flows and ability to make payments under our lease agreements with our landlords may be adversely affected." Anyone who's had trouble making rent knows how bad that could be. But hey, no chance of a recession happening anytime soon, right?

Six Police Officers Have Been Shot By a Gunman In Philadelphia

Trump Call Powell “Clueless”: Hello President, What Will You Do For an Encore?