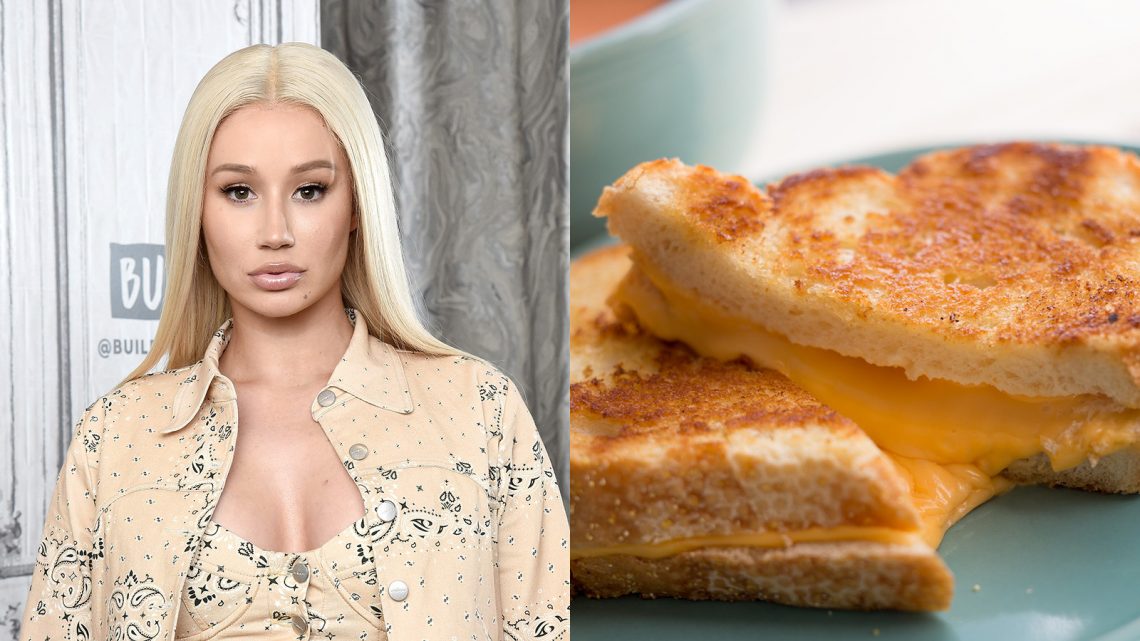 Iggy Azalea Paid $64 for a Grilled Cheese Sandwich, and She’s Not Happy About It

When Iggy Azalea introduced herself to all of us in "Fancy," she spent just over three minutes telling everyone how she stunts, drinking Cristal and Ace of Spades, wearing an unspecified $500,000 accessory on her wrist, and trashing a hotel. "I'm so fancy," she repeated. "Can't you taste this gold?"

But despite the fact that her whole brand is a flex, she can still be shocked by the ridiculous price of a room service sandwich. "I just paid 54.00 for a grilled cheese sandwich," she tweeted over the weekend. "Las Vegas." She added a GIF of a morose-looking Oprah Winfrey, just to emphasize how upsetting it was.

BUT THERE'S MORE: In a follow-up tweet, she said that the unnamed hotel charged her an additional $10.08 for silverware, despite the fact that—as she put it—she could've eaten the sandwich with her hands. "$64.08! We love scammers!" she wrote.

Azalea continued the Twitter thread and, yo, it was a journey. She posted a mid-bite selfie and said that she was going to report her credit card as stolen. (In the pic, she has a side of fries, and we're curious whether the fries were included in her $54 room service bill, or if they were, like, an extra $83. Also, that sandwich cost $9 more than the In My Defense sweatshirt she was wearing while she ate it; the shirt retails for $45 in her online store.)

She then listed the ice bucket for sale ("Midcentury modern vessel. A transitional piece with sleek lines & mild wear") and joked that she was stealing the HDMI cords from the TVs in her room. In the final post from this Room Service Series, she shared a super-short clip of her throwing that $10.08 fork and knife in her suitcase and slamming it shut.

Several years ago, the travel wonks at TripAdvisor calculated the most expensive cities for in-room amenities, and Las Vegas was the fifth most-expensive city, on average, for a room service sandwich. A standard club sandwich cost around $16.67 in Vegas, which was less than similar sandwiches in New York City ($24.15), Washington, D.C. ($19), Honolulu ($18.33), and Los Angeles ($17.33). On an international level, TripAdvisor determined that visitors to Helsinki, Finland pay the most for a room service sandwich, forking over an average of $38.16 for a sandwich. (If only Azalea had been so lucky.)

Sorry you had an in-room rip-off, Iggy. Maybe next time you can specify that you'd like to taste slightly less gold.

A Definitive Guide to Getting Into Strap-Ons