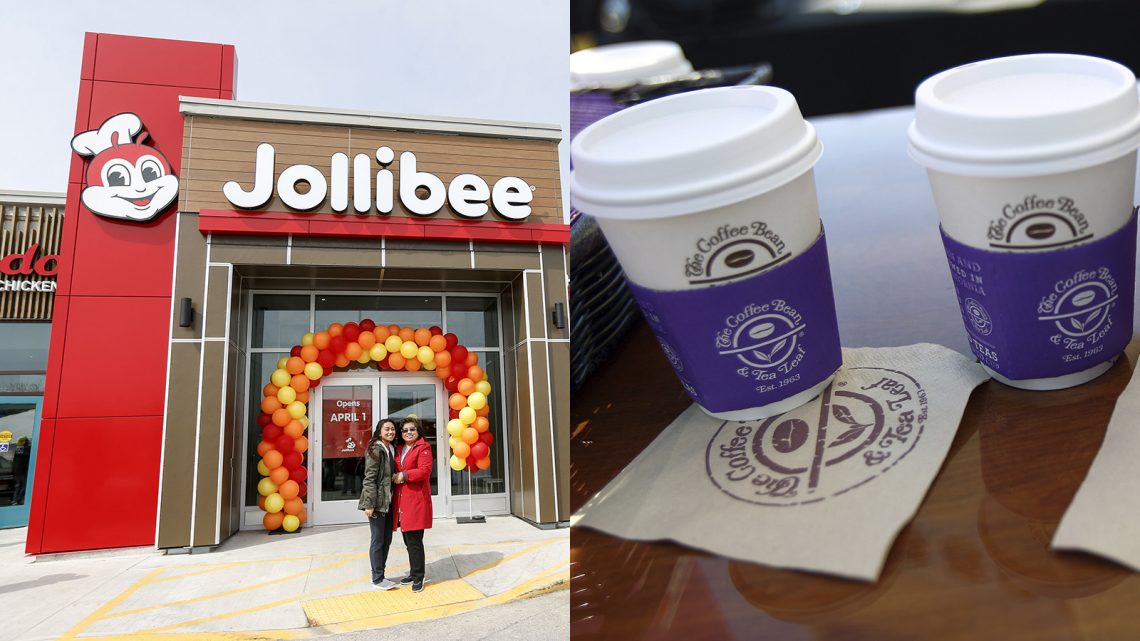 On Thursday, Jollibee's official Twitter account posted a single tweet, which was a photo of their wide-eyed insect mascot wishing a happy birthday to multifaceted Filipina entertainer Sarah Geronimo. "May your day be filled with love, joy, and all your Jollibee favorites!" the company wrote. What it didn't mention—and didn't tweet about—was that the Manila-based fast food chain just dropped $350 million to buy the struggling Coffee Bean & Tea Leaf chain.

If you haven't thought about Coffee Bean & Tea Leaf since about the time Perez Hilton was working out of one, you're not alone: Jollibee itself acknowledged that the coffee chain lost $21 million on revenues of $313 million in 2018.

According to Forbes, Jollibee will invest $100 million to buy 80% of the Singapore holding company that will own the Coffee Bean, while the other 20% will be controlled by Highlands Coffee, a Vietnamese coffee company that Jollibee co-owns. The remaining $250 million will be used to pay off some of the Coffee Bean's outstanding debt.

"The deal will bring international business’ contribution to 36% of worldwide sales and will bring Jollibee closer to its vision to be one of the top five restaurant companies in the world in terms of market capitalisation,” Tony Tan Caktiong, Jollibee's founder and chairman, said in a statement.

Despite Jollibee's corporate "vision"—and the fact that the Coffee Bean is expected to make up 14% of its global sales—shareholders were less interested in the deal than they were in a cup of Coffee Bean dark roast: Jollibee's shares dropped 8% after the purchase was made public. "There is market skepticism that this purchase will be earnings accretive considering Coffee Bean’s 2018 loss is about 12% of Jollibee’s profit last year,” Rachelle Cruz, an analyst at AP Securities, told Bloomberg.

Jollibee, which has been called "The McDonald's of the Philippines," currently operates 3,195 restaurants in the island nation, and another 1,418 worldwide. Last December, it completed its $210 million acquisition of Smashburger, because it's straight-up thirsty for struggling U.S. chains. Two years ago, it thought about purchasing British coffee-and-sandwich chain Pret-A-Manger, but JAB Holdings swooped it for $2 billion. (And here's your periodic reminder that JAB Holdings is still very sorry that its late owners were literal Nazis.)

Good luck with that whole Coffee Bean thing, Jollibee. McDonald's got into lattes, too.