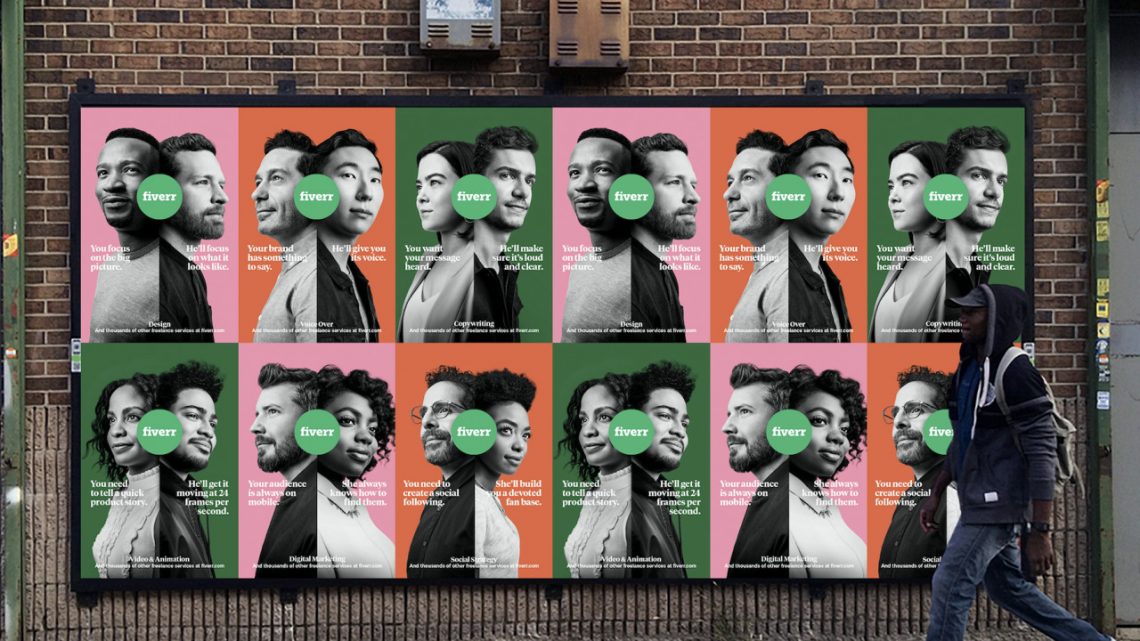 Israeli gig-economy platform Fiverr is in hot water yet again for one of its ad campaigns, the latest of which is plastered across several cities, including New York. Now, as New Yorkers descend into the subway’s hell tunnels or tourists look up to admire skyscrapers, they can be greeted by the image of a white man relying on an apparently cheaply-paid and perpetually available woman of color to make his day run a little smoother.

One ad for the hiring network, which is largely known for its low cost of labor, features a white man beside the words, “You’re running low on resources” on one side of the poster. On the other is a Black woman beside the words, “She’s a source you can rely on.” Another ad features a different white man beside a Black woman and says, “Your project is due ASAP. She’ll be on it before EOD.” Because, apparently, even if you don’t have enough money to pay industry standard, you can always just hire a woman-of-color freelancer.

Some posters in Fiverr’s ad campaign do feature women of color in positions of power, and white men as the freelancers. But when the aforementioned images are blown up and plastered to the side of a building alone, they impressively manage to hit on so many of the core complaints about the gig economy that Fiverr facilitates: low pay, unreasonable deadlines, and unfair racial and gender dynamics. And many who’ve stumbled across the ads have pointed that out on Twitter. 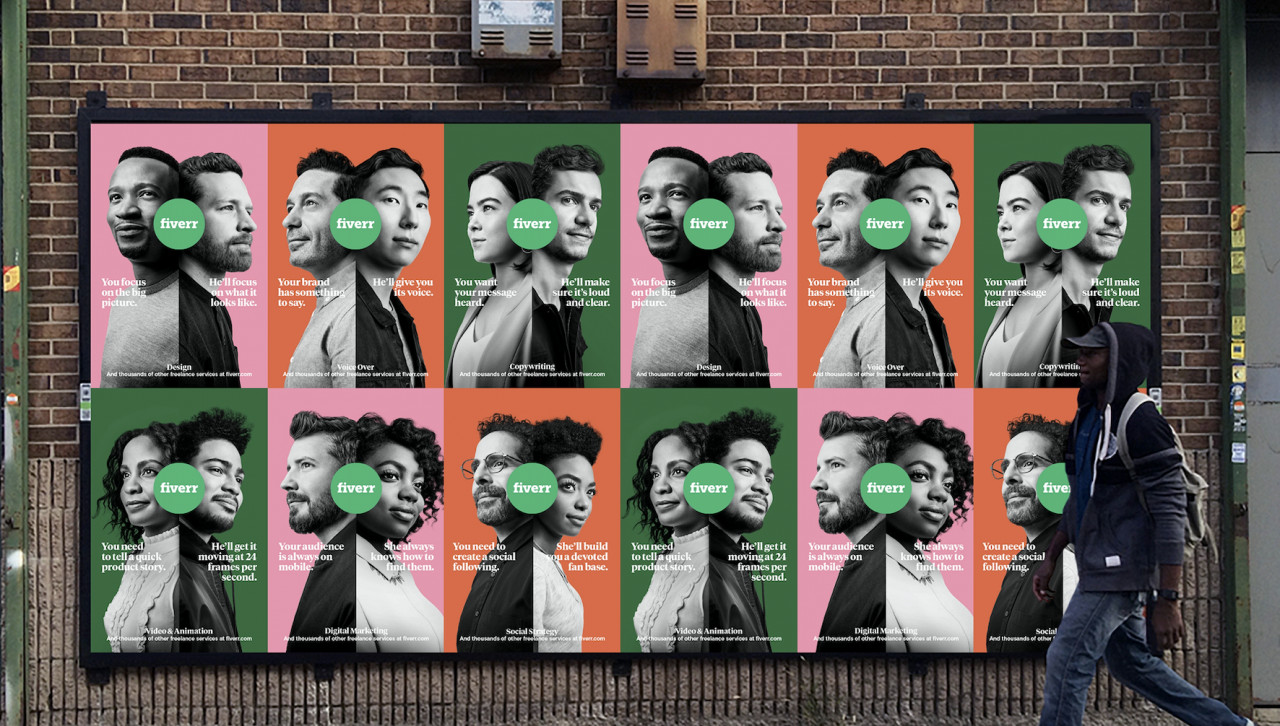 “Are you a man who has built their career on taking credit for the work of younger women of color who get paid less than you? Now there’s an app for that!” reporter Julia Carrie Wong tweeted beside a photo of a Fiverr ad earlier this year.

This isn’t the first time Fiverr has been criticized for its tonedeaf ads. Its last campaign focused on glamorizing the gig-economy, including a poster that read: “You eat a coffee for lunch. You follow through on your follow through. Sleep deprivation is your drug of choice. You must be a doer.” Beside it was the slogan, “Fiverr. In doers we trust.”

Naturally, the company—which boasts about paying freelancers five dollars per task—was criticized for promoting toxic freelance work culture by trying to make being overworked and underpaid look cool. Admirable, even.

This year, the company apparently tried to save face by trying something new—focusing on the connections people make through the platform. "Our 'Connections' campaign was built to shed light on the innovative and authentic connections established on our platform," said Fiverr in statement to VICE. "There is a breadth of stories and inclusion represented in each individual advertisement, from the business owner and/or decision maker who needs help with something to the talented freelancer who has the skills needed to collaborate."

The statement also noted that all of the images featured real Fiverr users who volunteered to participate in the campaign. That might be the darkest and most revealing part.

This article has been updated with a statement from Fiverr.