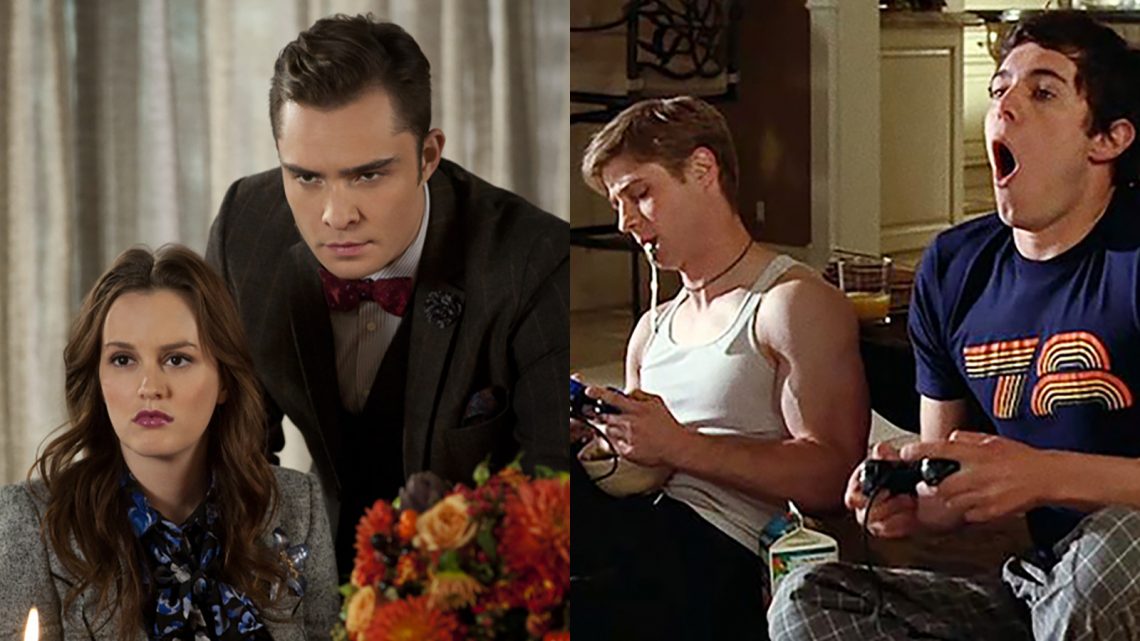 ‘Gossip Girl’ Is Getting a Reboot, So When’s ‘The OC’ Coming Back?

We are currently approaching some kind of pop culture critical mass between the glut of new streaming services and our weird obsession with reusing old IP; soon, literally every show ever will get a remake. And now, HBO Max announced that the television necromancer has come for Gossip Girl, too. Yes, it's true—Warner Media's streamer is apparently bringing Josh Schwartz's beloved teen soap back for a reboot, Deadline reports.

According to the HBO Max press release, the new series will take place "eight years after the original website went dark," and follow "a new generation of New York private school teens are introduced to the social surveillance of Gossip Girl." The show will also apparently focus on "just how much social media—and the landscape of New York itself—has changed in the intervening years," meaning, uh, everybody has finstas now or whatever.

And, sure, Gossip Girl was a wildly popular show during its initial run from 2007 to 2012, and it rocketed Blake Lively and Penn Badgley to fame or whatever, but come on: if Gossip Girl is getting a reboot, we need to bring back The OC, too.

Because, let's be clear here, Josh Schwartz has cranked out a lot of successful teen dramas, but The OC was still his first and greatest crowning achievement. The show had it all—brooding teens, complex romantic subplots, and obscenely lucrative musical tie-ins. The OC is arguably the pinnacle of all teen dramas, at least if we collectively agree to forget about everything that happened after (spoiler alert) Marissa's death. If any Schwartz show deserves a revival, it's that one.

The thing just writes itself: We pick up in current day Newport Beach. Ryan Atwood is an award-winning architect who spends his free time mentoring underprivileged youths and is still somehow preternaturally ripped. Sandy Cohen is spending his twilight years teaching law up at UC Berkeley. And Seth? Well, Seth is quickly approaching his 40th Chrismukkah, and things haven't exactly gone his way.

The comic career he dreamed of after graduating RISD seems like a distant memory. His marketing job at Spotify is enough to keep his closet stocked with graphic tees, but whenever he tries to bring up Snow Patrol in a meeting, everyone just stare at him blankly and then continues talking about DaBaby. His latest sketches are so derivative and stale that he buries them in his sock drawer, next to the wedding ring Summer returned after their annulment and the other mementos of his failures. And some nights, when it gets too late and the silence feels like it has a measurable weight, he drags himself from his bed and unearths that copy of Transatlanticism.

And then he sits there, anxiously replaying it, hoping that with each subsequent spin it will bring him back to a time when things were simpler; when this music gave him a visceral, emotional reaction; when he could put on "We Looked Like Giants" and feel somehow more aware of the physical space around him. But instead the album just runs its course and he starts it once again, and again he feels nothing. And through the walls of his duplex he can hear the mumble of voices as his son mindlessly scrolls through TikTok, and Seth drops his head in his hands and weeps, silently, fingers tracing their way through his thinning curls, and... uh, you get the picture.

Housing Slowly Rolling Over: June Permits Down 6.1%, Starts Down 0.9%