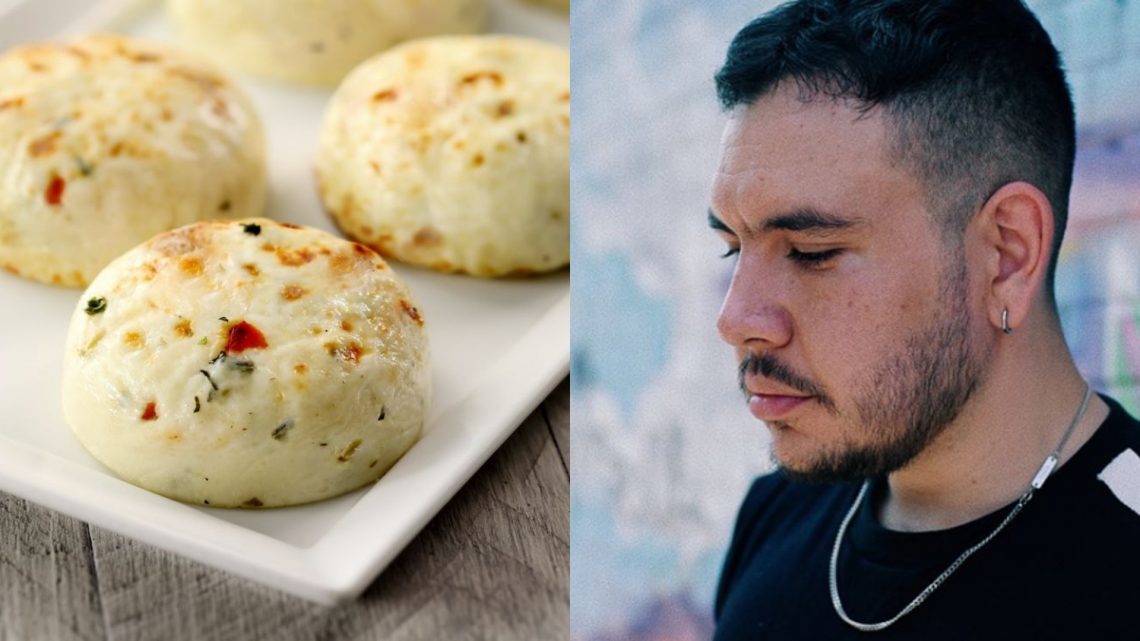 This Is Fine. is a weekly newsletter from VICE about the highly personal tactics people use to make the world feel less harrowing. In this edition, John Paul Brammer extols the virtues of a very specific eating habit that anchors him in a highly chaotic professional field—and, like, world. Sign up here to receive a new essay about a dealing-with-life strategy via This Is Fine. each Sunday evening.

I am a creature shaped by the gig economy. As a writer and reporter, I’ve seen one of my workplaces dissolve overnight, and I’ve seen the turbulence of the industry send my formerly full-time peers into freelancing, or into other fields entirely. Every time I start a new job, I start saving up for my next voyage into the wilderness of unemployment, stretches of time when my office becomes whatever Starbucks I’m closest to. It’s a chaotic lifestyle, but one I've more or less adapted to, like a benthic squid that knows only darkness.

That doesn’t mean I don’t have anxiety. I have plenty: over when my next check will come in the mail; over what this eldritch horror of a career is adding up to; over whether or not the public reaction to my next thinkpiece will be so bad that I’ll have to go back to making tortillas in Oklahoma for a living. I have anxiety of the “it’s a disease” kind as well, which I need expensive medication for, which ends up giving me more anxiety when money is tight. (I’ve developed a twitch in my right eye that I’m pretty sure is permanent.)

During my last freefall into the “hey, just checking in on payment for this” waters, I landed on the pillowy shores of an unusual island. It’s a comfort I’m not terribly proud of, but one that has nonetheless provided a balm for my nerves: eating the same thing, in more or less the same place, every day. My respite? Eating the same prepared egg product from the same chain as often as humanly possible. Per Starbucks corporate, it bears the title "Sous Vide Egg Bites."

The late capitalist hellscape we inhabit has produced some true horrors, one being the precarity that accompanies any employment people in my field might find, and another being Howard Schultz, the former CEO of Starbucks and the man who threatened to run for president if the Democratic Party went too far left until he threw his back out. I am well aware of what Starbucks is and how it traffics in sanitized, decorative wokeness to brand itself as the thinking man’s bean juice. But this isn’t about Starbucks. This is about finding a place with reliable Wi-Fi that isn’t my house and a beautiful egg treat that asks next to nothing of me, save a few bucks.

Don’t take this as an endorsement. I’m not saying that, in the face of professional calamity or whatever other uncertainty may be plaguing you, you should go out and order some Starbucks Sous Vide Egg Bites. Take this instead as a dire entry from a survivor’s log, written by a haggard man living on knife’s edge. The kind of person in a state to say, and mean: Starbucks’ Sous Vide Egg Bites saved my life. I can’t stop ordering them, and I live in fear of the weird Starbucks mermaid with two tails taking them away from me. In the stormy seas that roil me, they are my anchor.

I could talk about the taste, though that part isn’t super important to me. Starbucks’ Sous Vide Egg Bites are mere clouds with hints of bell pepper and...I don’t know, sodium. For one broken month of my life, during which I was freelancing full time and running on mostly coffee and prayer, my lunches consisted almost entirely of Egg Bites—mostly the egg white kind, with some other flavors here and there for spontaneity: ham and cheddar, bacon and gruyere. I felt wonderful. But the true allure of Egg Bites is how well they encompass a sense of unwavering predictability, a quality that is mostly otherwise unknown to me.

Starbucks offers an entirely standard experience no matter which location you find yourself in. The Egg Bites I eat here in Manhattan are the same ones I order when I’m visiting home in Oklahoma, where the nearest Starbucks is located inside a Target and where, yes, I have written articles on Chechnya and fidget spinners with a view of the ladies’ clothing section. Everything else is subject to change: how many pieces I’m working on and how much I’m being paid for them, the city I happen to be in, and my state of mind, whether I am in a fit of mania or deep in the throes of depression. Starbucks’ Egg Bites can’t relate. They are constant. They arrive, two perfectly packaged little cakes nestled side by side, as they always do, utterly anticipated, always delivering. They are stability incarnate. They are my god.

I have tried alternatives. I visit independent coffee shops when I can, and always find myself tempted by the massive croissants and sandwiches in the display case. I rarely partake of those. Some are good. Some are bad. That’s risk! Sometimes the Wi-Fi at these places doesn’t work; other times, their cold brew is so strong I can physically feel my soul trying to claw out of my body and fly away. Starbucks has sturdy Wi-Fi and weak coffee—perfect for me, a delicate flower flimsily held together by nothing but my rituals of normalcy—reading a book on the train, using the same face wash every night before bed, and Sous Vide Egg Bites, always Sous Vide Egg Bites. (I didn’t even know what “sous vide” meant until, like, last month. It involves plastic bags and a water bath.)

I’ve come up with some theories about what my dependency on Egg Bites might have to say about the brutal world we live in. I could call my habit “self-care,” but that doesn’t feel quite right. Working in a familiar place and eating familiar, anodyne food gets me through the chaotic, isolated world I live in, where my job and my relationship with my mental health change, but this one, warm, delicious thing does not. In the quest for a constant in a sea of variables, I’ve found mine, and it is 170 calories, total.

For Women of Color, Family Shame Can Make Abortions Traumatic