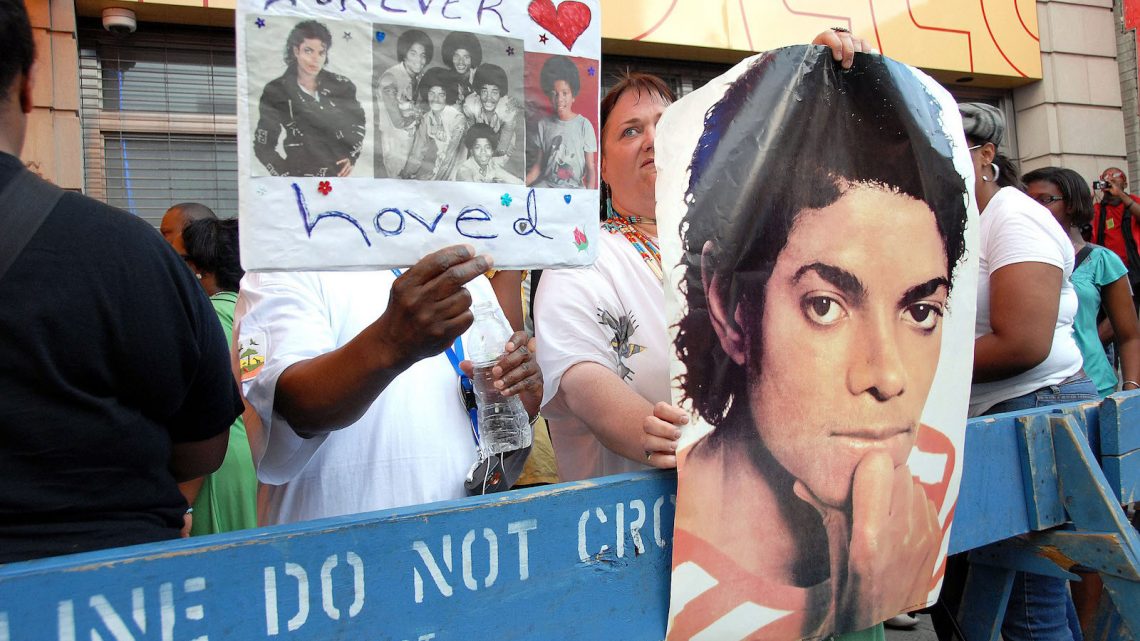 The Fans Who Refuse to Believe Michael Jackson Is Dead

The failure of pop stans to accept the death of their favorite artists is not a new phenomenon. The earliest alleged post-death sighting of Elvis Presley was on August 16, 1977—the day of his death —when a man calling himself "Jon Burrows" (the name Presley used to check into hotels) bought a one-way plane ticket from Memphis to Buenos Aires. Further "sightings" followed; he can be "seen" in the background of a scene in 1990's Home Alone. He was at the opening of Lego Land in California in 1999. Suspicious minds—or is there something else going on?

Jackson died of cardiac arrest 10 years ago, on June 25, 2009, after his personal physician, Conrad Murray, administered a dose of propofol intended to help the singer sleep. On November 29, 2011, Murray was convicted of involuntary manslaughter and ultimately served two years of a maximum four-year sentence—but the conspiracy that Jackson is alive still holds water with some, thanks in part to some strange happenings on behalf of those close to him.

On July 30, 2017, Steve Erhardt—Jackson's stylist for many years—shared a cryptic message on Twitter: "You heard it here first, an announcement of sorts. And in a couple of months, or latest at the end of the year, you will be receiving some very good news. Not even the family knows… But I do!"

It's been almost two years, and no news of The Second Coming has been forthcoming, but on June 19, 2018, a further post by Erhardt shared a photo showing the legs of a man dressed in Jackson's trademark short black pants and white socks. It read, "In a recording studio, somewhere in the world, in an undisclosed location, he's coming soon…"

In 2010, the songwriter Teddy Riley—who worked with Jackson on his Dangerous album in 1991—said he believed the singer was alive. The American singer Akon—a man who, it should be noted, once questioned the existence of "blood diamonds"—concurred he thought the same. There's an alleged sighting of Jackson—or at least a character he played, The Mayor, in the 1996 short film Ghosts—in footage shot at his nephew Siggy Jackson's wedding in 2017. Another in the background of an Instagram video taken by daughter Paris in 2016. Then there's the curious case of Dave Dave.

David Rothenberg was a six-year-old boy from Brooklyn who, in 1986, was living with his mother. His parents were divorced. On March 3, that year, after an argument between the two, his father, Charles Rothenberg, gave his son a sleeping pill. He then poured kerosene on the bed he was sleeping in and set it on fire. He watched the events that unfolded from a phone booth across the street from the motel where his son burned.

David survived, with third-degree burns across 90 percent of his body. In adulthood, after changing his name and becoming a conceptual artist, Dave and Jackson became friends. He attended Jackson's funeral in 2009. 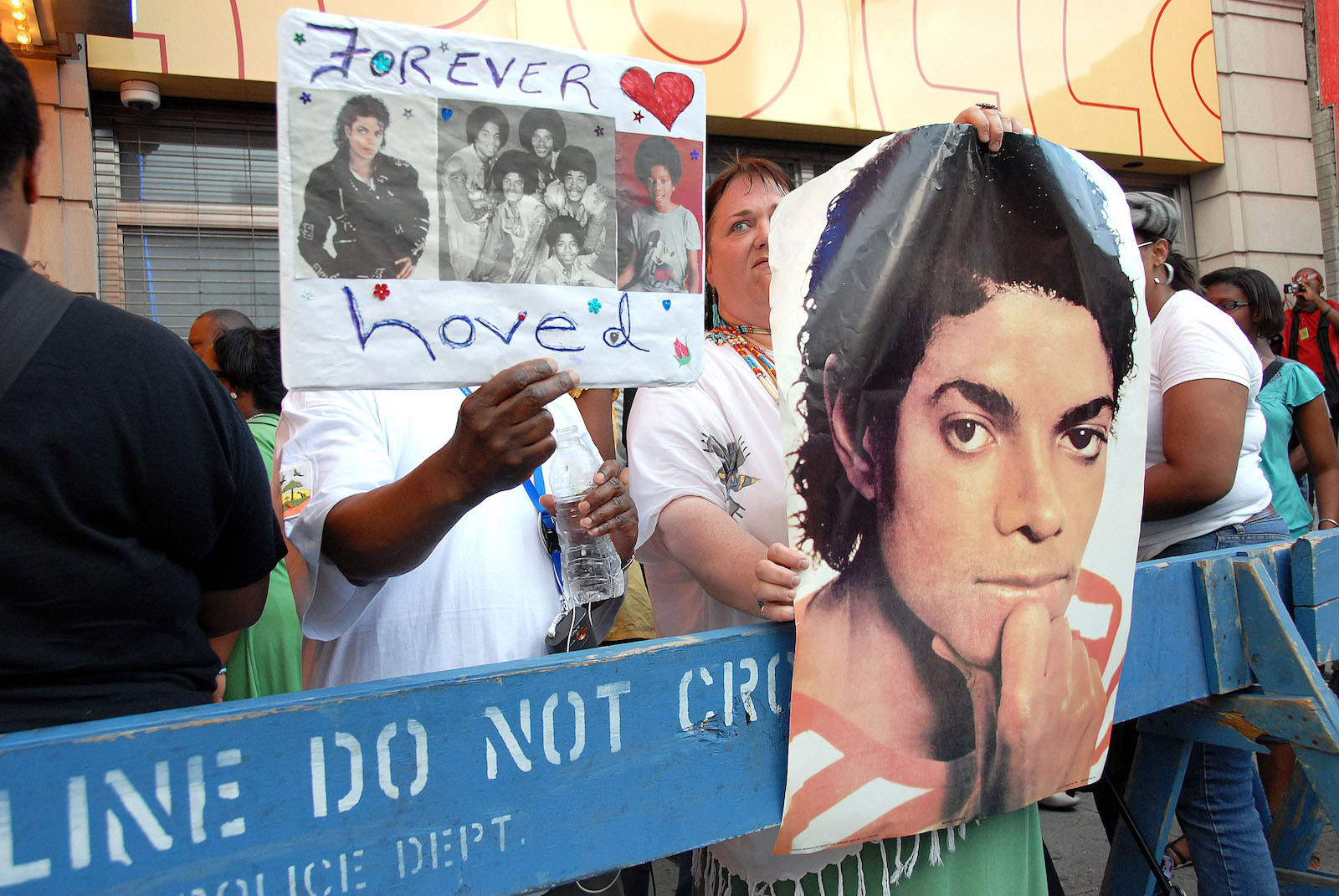 "I think Dave Dave and Michael are the same person," says Sarah, a Michael Jackson truther I contact through Reddit. "They look quite similar. Their voices are identical."

But how? There are tons of photos of the two pictured together.

"Computers," says Sarah. "You can do anything with computers."

But why would Michael pretend to be someone else?

"Because people like you hounded him all his life. Journalists. He had enough. He needed to get away. He 'died' and became Dave Dave, and now he gets to live a good life."

Last year, on July 15, Dave Dave died of pneumonia. I didn't get a chance to learn how Sarah believes his passing ties into Jackson's supposed plan for life after death because she stopped replying to my messages.

Another Reddit user, who insisted I credit them as "Frankenstein," believes that Jackson faked his death in order to escape the crushing debt he was faced with in 2009. At the time of his death—his official death—it's estimated that the singer owed around $500 million, mostly in interest charges.

"There's just too many coincidences," says Frankenstein. "He was too smart not to be able to work a way out of his financial problems. Dying really boosted his financial worth."

Since his death, it's estimated that Jackson has earned in excess of $2 billion.

"The few friends I have hate me talking about Michael all the time," continues Frankenstein. "They get annoyed. They think he was a nonce. I don't believe any of that. I read michaeljacksonsightings.com as much as I can. There are rumors he's either living in Gloucestershire, England or Bahrain in the Middle East."

Of course, Jackson lived his whole life playing with oddness. There are rumors that, at the end of his life, he had no nose, using a clip-on prosthetic when he was in public. That he tried to buy the bones of Joseph Merrick, more commonly known as The Elephant Man. That he slept in an oxygen tank, thinking it could help him live to 150 years old. The weirdest of rumors dominated his life, it's not surprising that they continue to do so in death.

But why do fans continue to hold out hope that the singer lives?

"There was nobody like him," says a Reddit user who asks me not to use their name. "Nobody like him, and there never will be again. Why do I believe he’s alive? No real reason. I'm just not ready to accept that he's not."