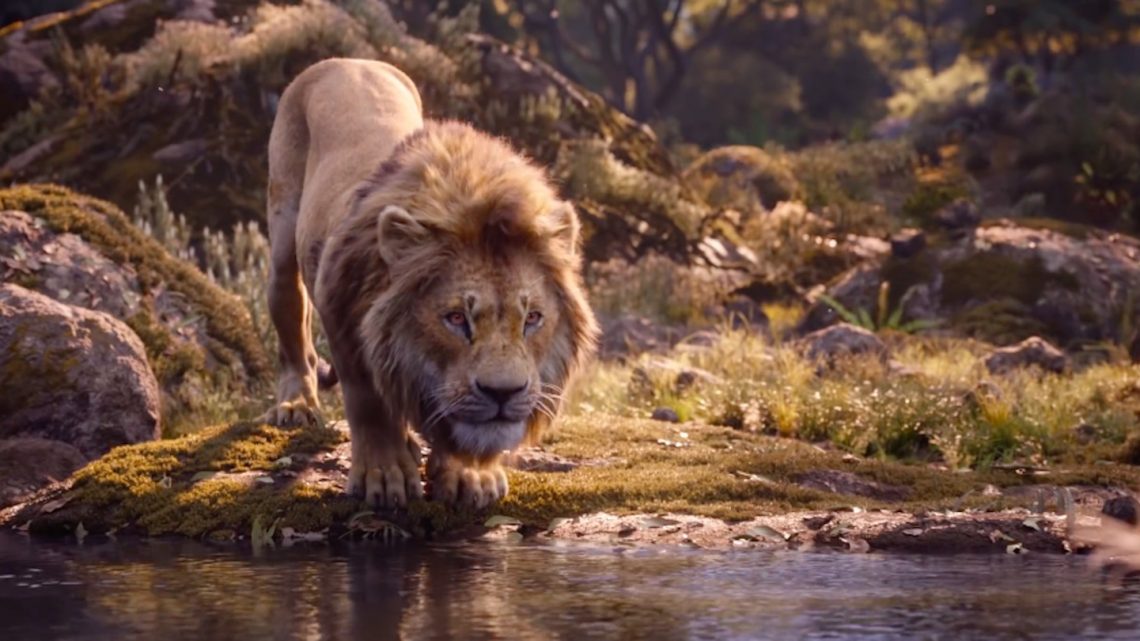 For the children who witnessed Disney's reign in the 90s in real time, The Lion King was their first heartbreak. You know the scene: Simba tries to wake his father Mufasa up after the aftermath of a deadly stampede with no luck. So when Disney announced a live action version of the classic movie in 2016, 90s babies weren't exactly keen to relive that sorrow—until Disney revealed that Beyoncé and Donald Glover would play Simba and Nala. Many of us were sold immediately.

When the nearly two-minute trailer for the Jon Favreau-directed film was released, it was hard to shake how creepy Timon and Pumbaa looked, but the clip was more notable for its lack of Beyoncé. Set for release in July, the film's teasers have so far kept the singer's involvement under wraps. But on Thursday, we got the first taste of the heavenly vocals of Bey and Glover's rendition of "Can You Feel the Love Tonight," and we want more—now.

The duo's angelic voices peek through the twinkling track, singing the iconic chorus: "Can you feel the love tonight? / The peace the evening brings," they sing in unison. The booming voice of James Earl Jones, who plays Mufasa in both versions of the film, enters just before they complete the hook. "The world, for once, in perfect harmony / With all its living things." That's it. That's all we get. The academy was so impressed by the song's original rendition that the song won a Grammy, Oscar, and Golden Globe in 1995. The song, written by Elton John and Tim Rice, wasn't the colorful pop savant's only contribution to the film; John handpicked Jason Weaver as the singing voice of young Simba.

You might remember Former Home Improvement heartthrob Jonathan Taylor Thomas as the voice of young Simba, but Weaver was actually the one singing favorites like "I Just Can't Wait to Be King" and "Hakuna Matata." Weaver is best known from his roles as Michael Jackson in the 1992 television mini-series The Jacksons: An American Dream and as Marcus Henderson, the super cool older brother, on Disney Channel's 1997 series Smart Guy. He even sang the hook on Chingy's "One Call Away" in 2003.

In an interview with Netflix's Strong Black Legend podcast, Weaver revealed the story behind his role in the film. "First and foremost, thank you so much to Sir Elton John," he said. "He was the one who recruited me for that project." According to Weaver, John stopped by the set of The Jacksons mini-series to support the Thriller singer (no big deal) and the rest is history. "That particular day I happened to be performing live, and he heard my voice and he approached my mother[...] He said, 'I think your son is great, I'm doing this thing for Disney—this new animated film called The Lion King. Is he interested in doing something like that?'" While we are grateful for Sir Elton's ability to scout great talent, it's enough to wonder why Weaver—who already proved to be a talented actor— wasn't also considered for a speaking role.

The best part of Beyoncé and Glover's rendition of "Can You Feel the Love Tonight" is that the actors are the singers. Propping up Jonathan Taylor Thomas, with his dirty blonde hair and blue eyes, as the commercial lead and swapping him out for a Black actor with a soulful singing voice is a pretty off-putting practice for a Disney film created 25 years ago. The Lion King's soundtrack was a hit in its first year, outselling Boyz II Men, Green Day, and Mariah Carey in 1994 with almost 5 million records sold. Weaver is a huge part of that legacy. This new 30-second preview of the new Simba and Nala brings to mind this particular injustice. But with the upcoming movie, there will be no mistake on who we praise.

Iran Shoots Down US Drone: “You’ll Soon Find Out” if US Plans Strike Says Trump

I Got Banned From the U.S. When Airport Security Found My Coke Texts