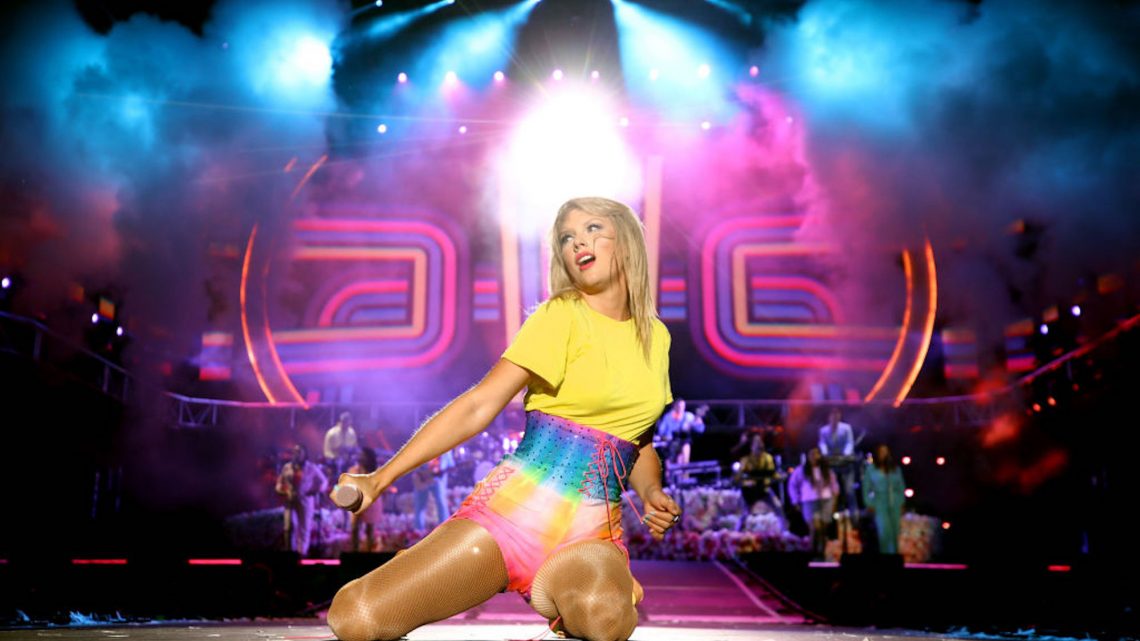 Late Thursday night, Taylor Swift released a new single titled "You Need to Calm Down," which some have dubbed a Pride anthem. On paper, it has all the trappings of an ally Pride song: It gives a shoutout to long-running LGBTQ advocacy organization GLAAD; calls out online anonymous harassment culture; and throws shade at people who bring anti-LGBTQ signs to Pride parades. But in spite of these things, the playful, top 40-friendly vibe of the song undercuts the actual message that homophobia is wrong.

Filtering serious issues of advocacy through the prism of Swift's bubblegum pop persona minimizes the subject matter. In one verse where she's presumably addressing homophobes, Swift sings, "I ain't tryna mess with your self-expression / But I've learned a lesson that stressin' and obsessin' 'bout somebody else is no fun." Her worryingly upbeat remarks about people who discriminate are then followed with a confusing mix of catchphrases ripped from Black and LGBTQ internet culture like, "take several seats." Interspersed with Valley Girl lines like, "Can you just not step on my gown?", the messaging comes across feeling forced and unnatural. And as far as the melody and production goes, it also sounds like a dozen Taylor Swift songs you've already heard.

It's not such a stretch to imagine Swift becoming a pop star the LGBTQ community could rally behind. She recently donated to LGBTQ rights organizations, and her upcoming album, Lover, is rumored to include an announcement that she is bisexual. Some of the most iconic LGBTQ anthems have come from allies in the pop world who play up the fun-loving aspects of queer life. But this half-hearted protest anthem is a sanitized version of advocacy that doesn't match the tone with the subject. It feels insincere, and it seems unlikely that broad swaths of the LGBTQ community would rally behind the song, defeating the purpose of shooting for an anthem in the first place.

‘The Git Up’ Is the Next Viral Country Rap Song