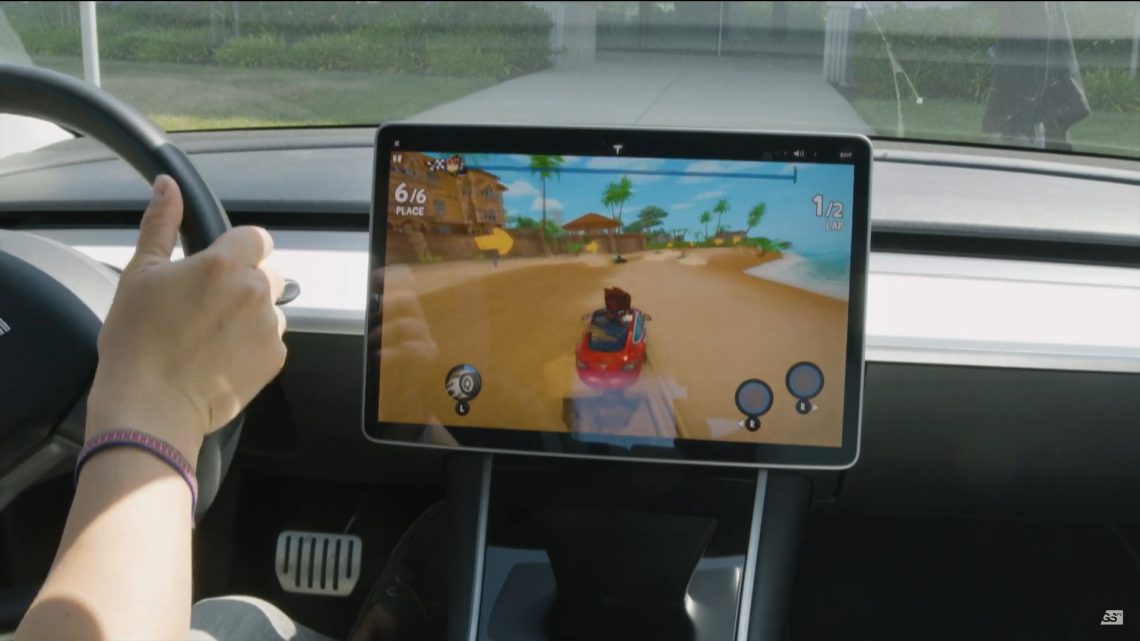 At E3 on Thursday, Elon Musk announced that Tesla cars will have a racing game that can be controlled from the driver’s seat with the steering wheel.

Musk sat down with Bethesda director Todd Howard and host Geoff Keighley to talk video games, artificial intelligence, and colonizing space. Early in the conversation, Musk dropped some more information about Tesla’s video game-related plans. Teslas already has playable Atari games, but Musk has said he wants to add more to the cars.

During the conversation, Musk showed off a clip of someone playing Cuphead on the Tesla’s tablet with a controller, an addition that was previously announced. Then, he showed off Beach Buggy Racing 2, a 2018 mobile racing game. The person in the car playing the game used the Tesla’s steering wheel to control the game.

“I mean, if you have a racing game and you have a steering wheel...it’s sitting right there, waiting to be steered,” Musk said after the footage ran.

If you’re wondering about how safe it is to be tooling around in the front seat while stationary, all we have to go on for now is this brief exchange:

Keighley: Can you gas, break, will that work too?

Musk: The break is wired in. And I think we’ll probably have the scroll wheel for the gas pedal just so somebody doesn’t accidentally…

Musk: Stepping on the break, when you’re stationary, is not a problem.

Keighley: Gas could be. Well. That’s so cool.

Musk didn’t say when Beach Buggy Racing 2 would be coming to Teslas, at which time adults will, I guess, be able to play video games in the front seat. Why isn’t this a feature for kids, again?

This 40,000-Year-Old Wolf Head Was Found in Siberian Permafrost