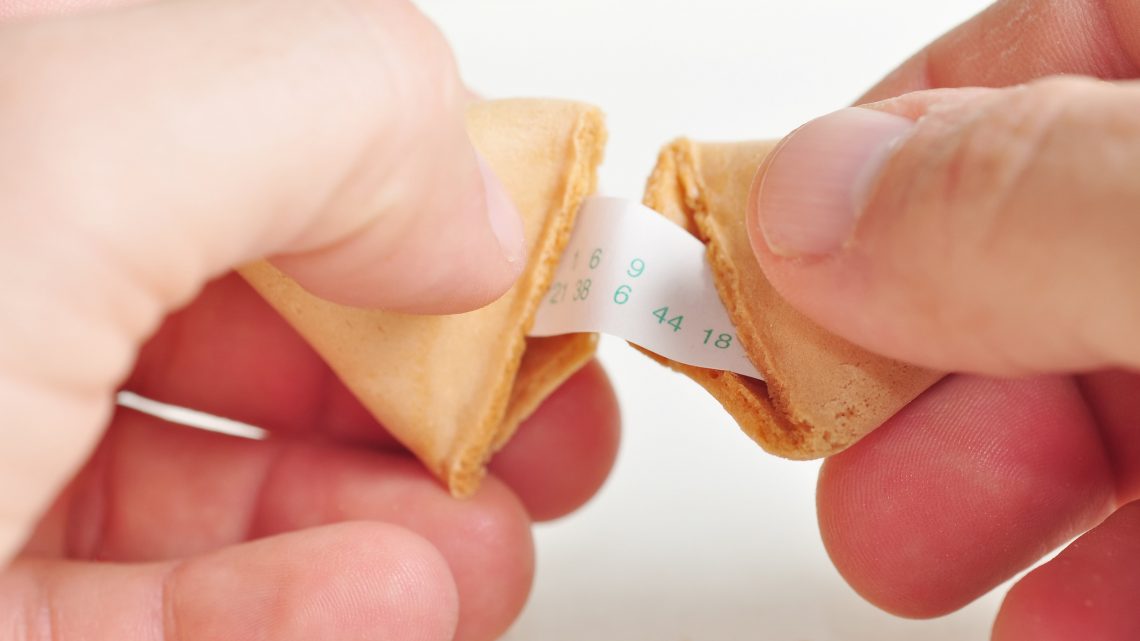 Earlier this week, Charles W. Jackson Jr. stood in front of two brightly colored balloon columns, as he was showered with red and gold confetti and handed an oversized cardboard check for $344.6 million. The 66-year-old grandfather smiled broadly, as you’d tend to do if you were in Raleigh, North Carolina to collect the state’s biggest ever single-ticket lottery win—and it’s all because of a Vietnamese restaurant.

According to WRAL, when Jackson bought his ticket at the Carlie C’s grocery store, he used the numbers that his granddaughter had pulled out of her after-dinner cookie at the unnamed restaurant. (No, fortune cookies aren’t Vietnamese—but they’re not Chinese, either.) After the Powerball numbers were drawn, Jackson looked at his ticket and originally thought that he’d only— only—won $50,000. He called his wife to tell her that they’d become 50 grand richer, before he realized that, nope, he’d matched all of the winning numbers.

“You ain't going to believe this,” he said he told his wife. “I got it all.” He did get it all, and after taxes, he’ll be collecting a lump sum payment of $223 million. “I don't know what to do with it,” he said of his winnings. “I hope it don't change me a lot. I'm still going to wear my jeans. Maybe newer ones.”

Jackson isn’t the first man to seriously cash in thanks to a fortune cookie. Last October, Ronnie Martin won $1 million in the New Jersey Lottery’s Mega Millions drawing, using five numbers that he’d gotten from a cellophane-wrapped snack. A couple of months before that, a Vancouver man got three fortunes in the same cookie, and two of them said “Buy a ticket. All of your financial troubles will soon be solved.” He did, and they were: He won $125,000 in the lottery that night.

Apparently, a lot of weirdly lucky “Lucky Numbers” make it into fortune cookies. Take the ones that Richard Davis played when he won $10 million in the Florida Lottery; or the ones that Emma Duvali used when she scored $2 million in the New York Lottery; or the set of lucky numbers printed by Wonton Food, Inc. that 110 different people played when they all won either $100,000 or $500,000 each, depending on how they’d filled out their tickets. (“I knew people took our lucky numbers seriously,” Ho Sing Lee, the president of Wonton Food, told the New York Daily News at the time.)

Although he didn’t use his lucky numbers, Charles Svatos, a then-92-year-old Iowa man, pulled out a fortune that read “You will discover an unexpected treasure.” When he eventually checked his lotto numbers—you know what’s going to happen here—he’d won $390,000. “I never remembered a fortune cookie being that accurate,” he said at the time. “I never believed in them.” (We’re about to believe in them, hard.)

Back in North Carolina, Charles Jackson said that he’s going to make donations to several different charities, including St. Jude Children’s Research Hospital. He’s going to give a million to his brother, because they’d made a promise to help each other out if either of them ever won the lottery. And he says that he might take his wife on a trip to Vietnam.

Charles, buddy, you might wanna invite your granddaughter to go along, too. She did give you that fortune cookie.

Yes, AI Has a Carbon Footprint