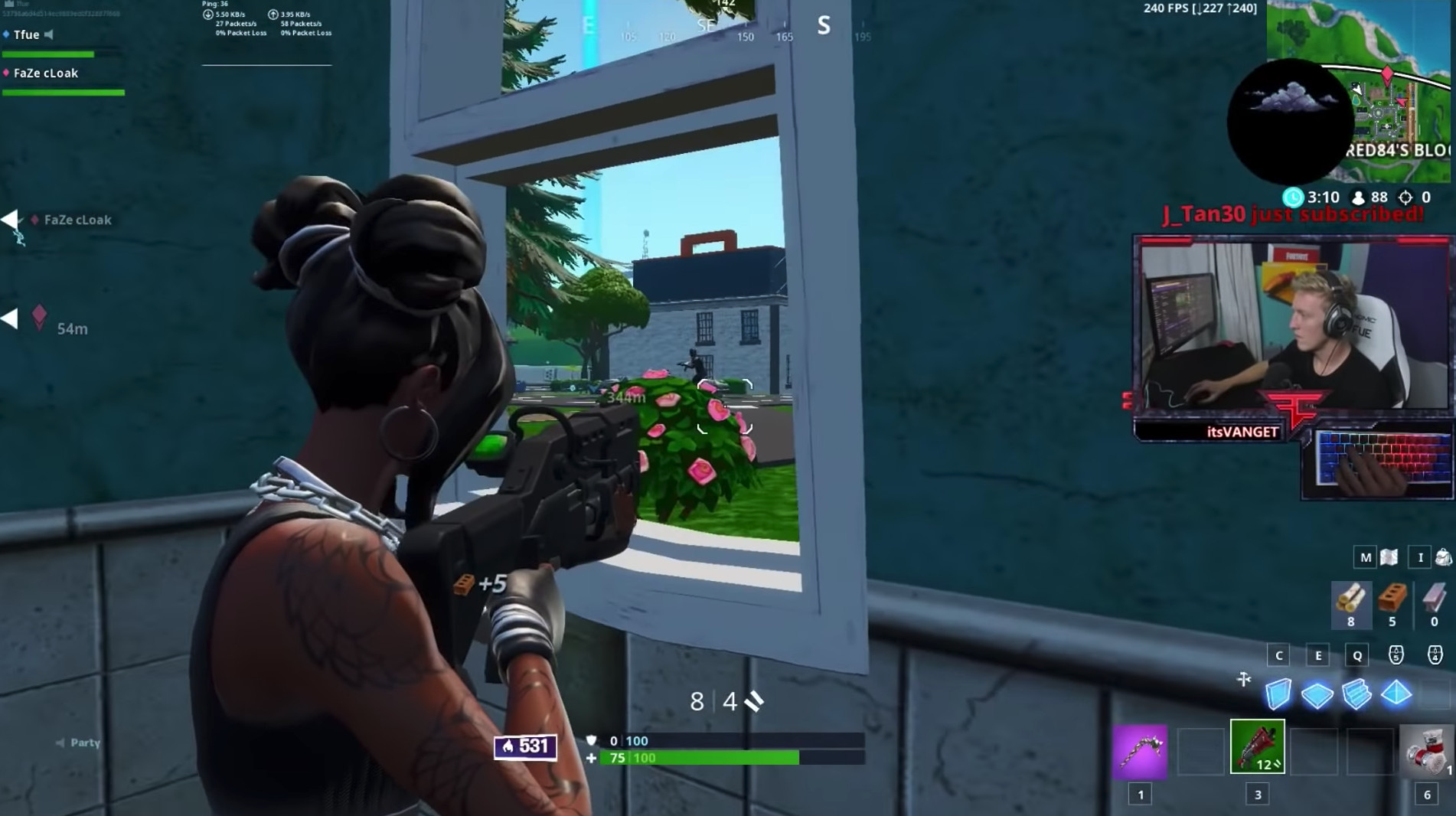 This ‘Fortnite’ Pro’s Lawsuit Could Change How Streamers Do Business

Professional Fortnite streamer and esports player Turner ‘Tfue’ Tenney is suing the professional esports organization he belongs to over a slew of alleged labor violations. According to court documents filed by Tenney’s lawyers, FaZe Clan—the entity Tenney worked for—failed to pay him several times, levied an 80 percent “finder's fee” on merchandising deals, and forced him to participate in stunts that caused bodily harm.

FaZe is an esports team, but also a YouTube channel creating videos featuring members of the team, and also a company that negotiated deals on Tenney's behalf. According to the complaint, that’s illegal. “[The agreements] violate California’s Talent Agency Act which protects artists from those like FaZe Clan that act as an unlicensed talent agency.”

California’s Talent Agency Act defines talent managers and talent agents as a way to regulate how deals are signed between talent agents, artists, and companies. Talent agents find jobs and deals for artists—and they must be licensed to do so, according to the act. Talent managers essentially provide consultation and organization, and can’t get paid commission for procuring roles. Should the court rule in Tenney’s favor, this case could change how video game streamers do business, forcing organizations with similar arrangements to be get licenses.

“This has huge ramifications for esports teams,” Stephen McArthur, founding attorney of the McArthur Law Firm, told VICE in an email. “Talent agencies are supposed to be licensed and regulated by the Labor Commission exactly to protect young talent from being suckered into contracts like this.”

McArthur said that esports teams have been operating as unregulated talent agencies for years—”a direct violation” of the Talent Agency Act.

Per the agreement, FaZe Clan would receive revenue Tenney generated from streaming and tournaments on FaZe Clan channels, then cut Tenney a check. According to court documents, this revenue split applied specifically to “brand deals featuring Tenney that exist on [FaZe Clan] content creation platforms.” There’s no mention here of FaZe Clan levying a fee from Tenney’s personal YouTube or Twitch accounts.

According to Tenney’s lawyers, streamers are susceptible to exploitation because they’re young and the medium is so new. “There is little to no regulation or oversight. There are no real organizations such as unions or guilds to help protect the content creators/streamers that drive the industry,” the complaint said. “Most of these content creators/streamers are also very young, and are often unsophicated, unseasoned, and trusting. As a result, these young content creators/ streamers are susceptible to being taken advantage of and exploited—often by those that are supposed to be looking out of their best interests. Unfortunately, this as become industry standard.”

FaZe Clan responded to the allegations on Twitter. It said contracts were different from gamer to gamer, but that “all of them—including Tfue’s—have a maximum of 20% to FaZe Clan in both tournament winnings as well as contract revenue, with 80% to the player.” FaZe Clan claimed it earned $60,000 from the partnership and promised to support Tenney in the future.

Streaming is hard work. The hours are long, the competition brutal, and there’s no guarantee the work will pay. For a gaming streamer, it can be good business to hook up with a larger community. FaZe’s shared channel—of which there are several partner channels and subsidiaries—has more than 100,000 Twitch followers, and more than six million YouTube subscribers. For many, streaming or playing video games professionally is a dream job, which gives companies a lot of power. Players are often willing to accept unfair contracts, with some forgoing contracts at all.

According to Tenney’s complaint, FaZe Clan often failed to pay him properly for his work. If Tenney wanted to leave, he had to formally sever ties with FaZe Clan and abide by a seemingly draconian and unenforceable non-compete clause.

“If at any time prior to the end of the Exclusivity Period, or within three months thereafter, Gamer receives an offer from another Fortnite team….Gamer shall be obligated to provide the Offer to [FaZe Clan] and the identity of party providing the Offer,” court documents said, allegedly quoting the Gamer Agreement. From there, the contract gives FaZe Clan 15 business days to match the offer and scoop Tenney back up, regardless of what Tenney actually wants.

Tenney also accused FaZe Clan of levying an 80 percent “finder's fee” on all third party licensing and merchandising deals. Streamers often promote various products and endorsements in he normal course of business. According to Tenney, FaZe Clan would broker those deals and take the bulk of what Tenney earned for the promotion. In one case, Tenney claimed FaZe Clan turned down a lucrative deal due to a conflict of interest.

“The 80/20 split is not an uncommon offer from esports teams—but it is negotiable,” McArthur said. “Players need to hire lawyers or talent agents to review and negotiate their esports contracts, because they would get a much better deal.”

McArthur noted that the complaint alleges that all FaZe Clan players have signed similar contracts, including a player that’s as young as 13 years old. “It’s not uncommon for esports teams to sign player contracts without knowing how old the player is, or making themselves willingly blind to it,” McArthur said.

“Until now, FaZe Clan has enjoyed the fruits of this illegal business model with impunity because no-one could or was willing to stand up to FaZe Clan,” Tenney’s lawyers wrote. “Those days are over.”

Neither FaZe Clan nor Tenney immediately responded to VICE’s request for comment via email.