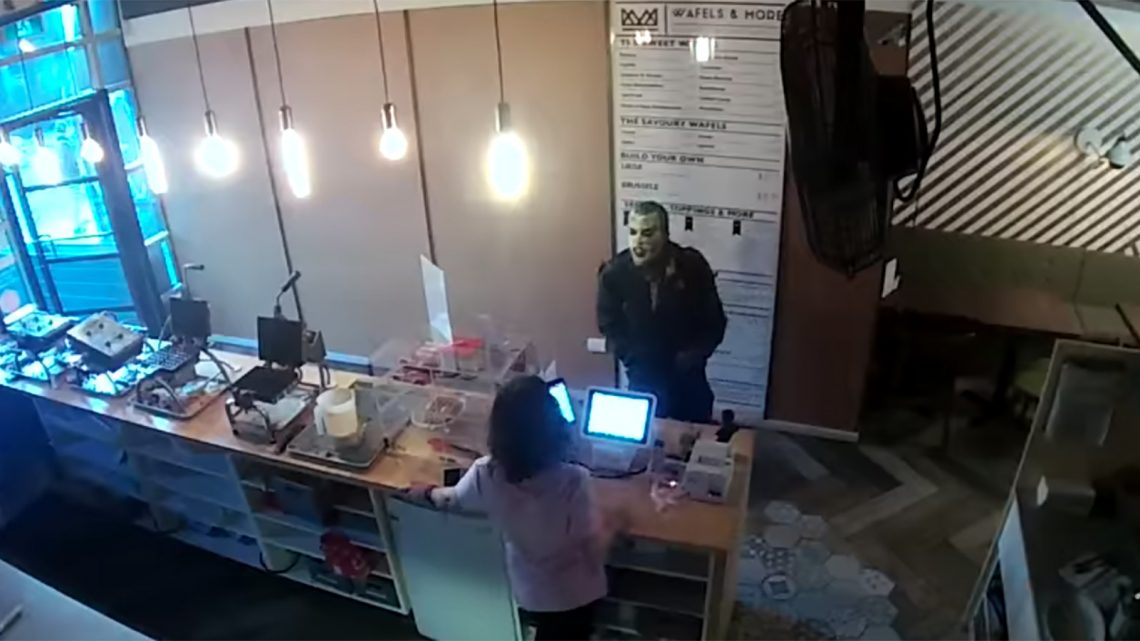 Some Guy Dressed as the Joker Is Terrorizing Toronto Restaurants

The first time The Joker showed up in an on-camera version of Batman, he was played by Cesar Romero, who smeared white greasepaint over his mustache for 22 episodes of the late-60s TV show. Twenty-ish years later, Jack Nicholson did his own version of the character, which was basically Jack Nicholson with green hair and a choreographer. And then there was Heath Ledger, who illustrated the difference between wacky and deranged, and Jared Leto, who made us miss Heath Ledger.

And now, there’s this guy, who seems less interested in darkly comic anarchy than he is with just being an asshole. According to BlogTO, a man in full Jokerface was caught on camera stealing the tip jar from a Toronto restaurant. “Summer is approaching and the thieves are back… I was waiting for Batman to save the day but he didn't showed up,” Wafels & More wrote in a Facebook post about the incident. “If anyone has a good tip on how to secure the tip jar feel free to share.”

In the video, the man comes into the restaurant and appears to talk to the woman behind the counter. When she turns her back and walks away from him—maybe she’s starting to make whatever he just ordered?—he grabs the tip jar, slips it under his jacket, and walks out the door. A tip jar? A TIP JAR? That ain’t exactly Gotham National Bank, chief.

“This painted face person hits up many places along Bloor West,” one commenter wrote. “He will attempt to enter ‘staff only’ areas and take whatever possible. He also does drugs in restaurant washrooms. Heads up.” (Wafels & More responded that he’d already had to throw the man out of the restaurant’s toilet, but not before “he left me a nice present to deal with,” and he illustrated that “present” with the poop emoji.)

Christophe Stevens, the owner of Wafels & More, confirmed to BlogTO that he would’ve thrown the man out if he’d seen him walk into the place, and he also said that he’s going to affix the tip jar to the countertop. Weirdly, this restaurant (which just serves sweet or savory Belgian waffles) has become quite a target for dickheads.

Last year, its front window was smashed in a robbery that netted just 50 bucks; a woman was caught on the street after she also ran out with the tip jar; and another man was caught on camera as he walked in, opened the cash register, and calmly helped himself to $150 in cash. Last week, another shit customer paid for his or her waffle with a counterfeit $100 bill.

In The Dark Knight, Gotham City police lieutenant James Gordon speaks that forever-quotable line, describing Batman as “the hero Gotham deserves, but not the one it needs right now.” The hero Toronto needs right now is somebody who can finally take down this hacky facsimile of Joker. Or, like, maybe just whoever calls the police if they see him near another tip jar.