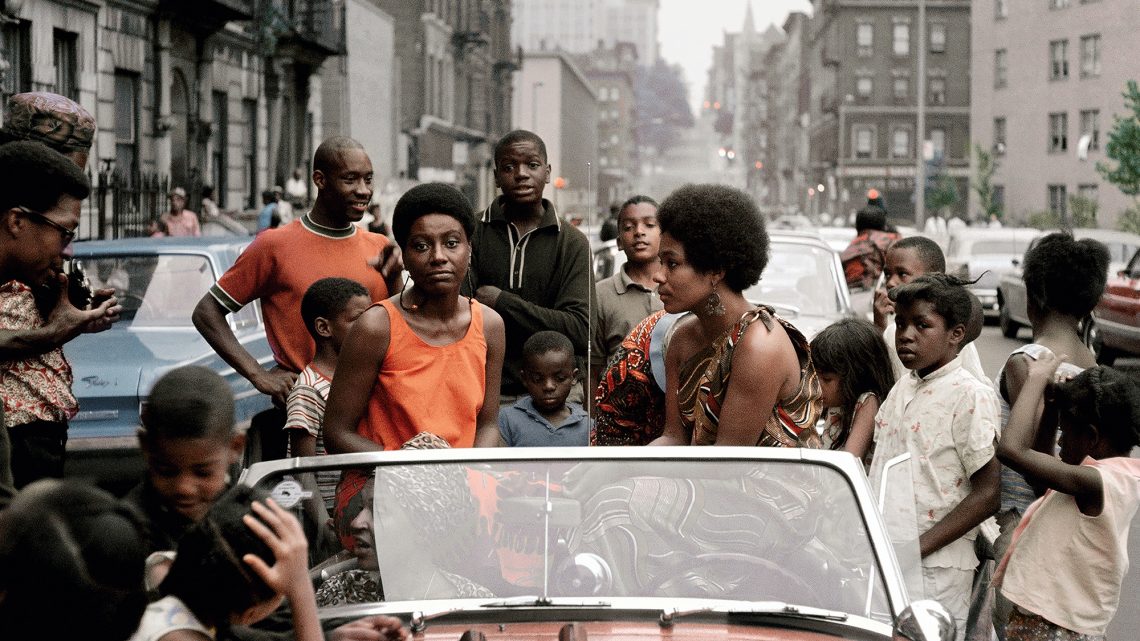 These Breathtaking Photos Shaped the ‘Black Is Beautiful’ Movement

It’s hard to imagine a time before Afros were a symbol of Black pride and power, before James Brown chopped his straight hair to declare "I'm Black and I'm proud" in 1968, or a time before Angela Davis' halo hair graced posters in the '70s and Black Panthers roamed free in Oakland. But in the early 1960s, the few Black women pushing natural looks waged an uphill battle.

Harlem photographer Kwame Brathwaite helped cement the early natural hair movement with his photos, which capture the moments where everyday people confront the mainstream aesthetics and politics of their day, meeting confused, curious, or repulsed faces with pure confidence. 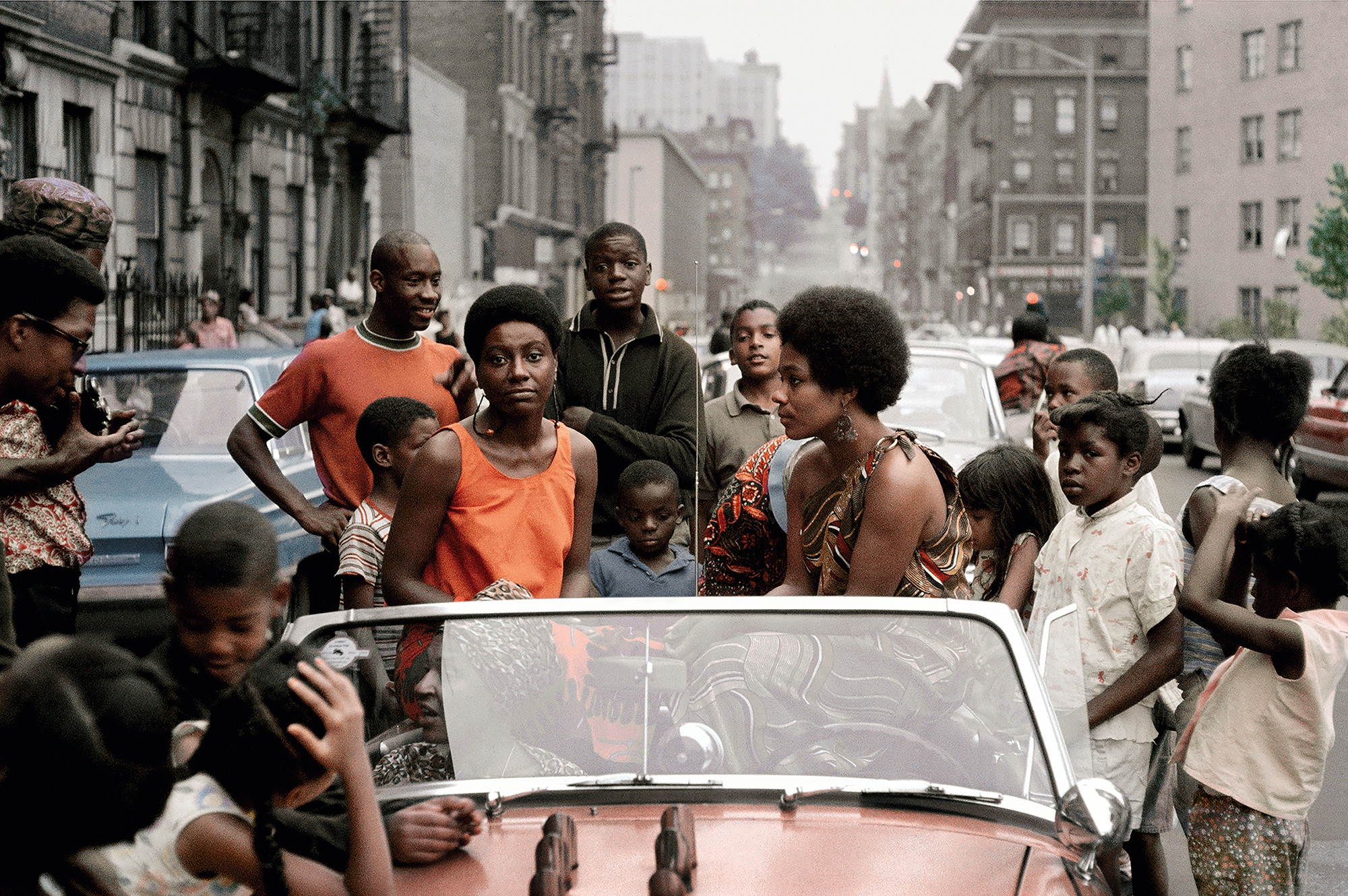 Galvanized by the power of a 1955 photograph of Emmett Till’s open casket, Brathwaite honed his skills in jazz clubs, eventually using his photography to promote the underground fashion shows he and his brother put on with a collective they co-founded, African Jazz-Art Society & Studios, featuring a group of natural hair models they brought together called Grandassa Models.

The tradition of radical Black thinkers incorporating Afro aesthetics is centuries old, as Tanisha Ford, Associate Professor of History and Africana Studies at the University of Delaware, told me. But Brathwaite and the AJASS collective were blatantly going against the ladylike conventions of the time, which even other Black nationalists weren’t always down with in the early 60s. "Dressing nice, and wearing your hair well-groomed and -styled was part of the Harlem ethos back then. But dressing nice was mostly this polished 'Sunday best' look, similar to what people wore at the March on Washington," Ford clarified, adding that the brothers were once asked by an audience member, "if they were really going to put a bunch of nappy-headed b----s on stage."

By the mid 60s, the Grandassa models had already found success on jazz album art and magazine covers throughout the diaspora, and Brathwaite exploded as a key photographer who record labels like Blue Note and Black magazines like the U.K.'s Blues & Soul called on to market the lifestyle aesthetic he was known for curating.

Braithwaite's son Kwame Braithwaite helped archive his father's photos for a new book, Black is Beautiful, as well as a temporary exhibit last November co-curated by actor-activist Jesse Williams, and now a traveling exhibition for the book's release. I caught up with Brathwaite to learn more about how his father’s images contributed to the Black Power movement, and what his story says about aesthetic movements today.

Our conversation has been edited for clarity and length. 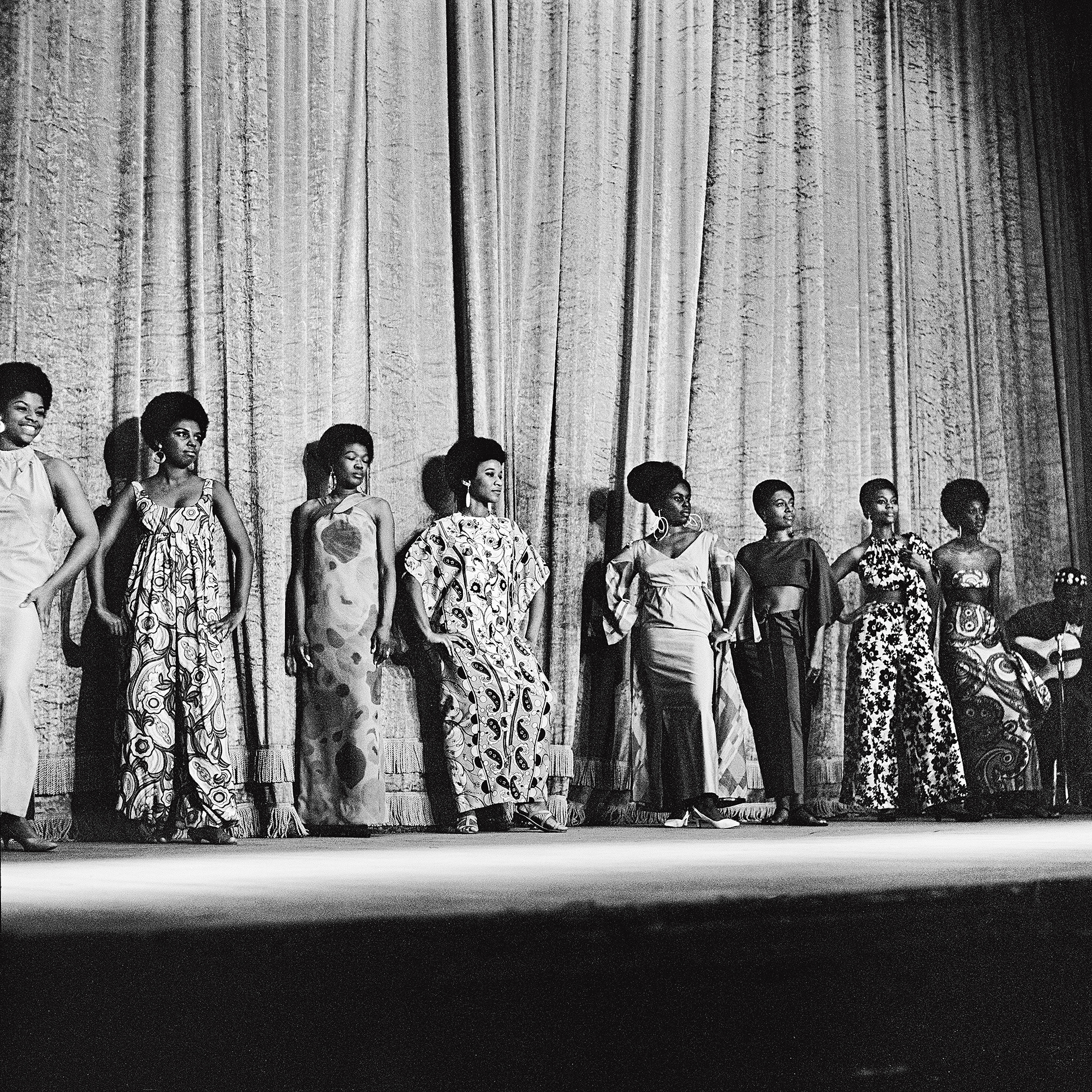 Grandassa Models at the Apollo Theater in 1968, Kwame Brathwaite "Black is Beautiful"

VICE: When did you realize you wanted to start archiving your father’s work? Why did it become so important to you?

Brathwaite: I had always been interested in having my father’s work archived. There was so much work of his that had not been seen, and there are so many stories he had to tell related to his work. He wasn’t a talkative man, but now, through this process, I am learning about who he is and what drove him—a deep love of the greatness of our people and showing that to the world. I feel like his work should be recognized for its artistic value, but also its historical significance and cultural value.

What was the reaction like when he started organizing these Afro-centric fashion shows?

It was really a whole spectrum. They had everything from tremendous support to tremendous dissent from people. This was a revolutionary concept, to embrace your natural hairstyle and natural state. This was unacceptable for many people, but eventually even those people saw what they were doing, that they were just saying that you don’t have to change the way you look to be considered beautiful. You can actually be yourself and embrace that. That message is still being pushed now. It’s a big deal that this young lady [Kaleigh Garris] won the Miss Teen USA pageant with hair in a natural hairstyle. Her hair wasn’t straightened. That’s become sort of a big deal. It’s really interesting to see how there’s both acceptance and also rejection of the idea and concept you can wear your hair in a natural hair style, in an Afro, and still be considered beautiful. 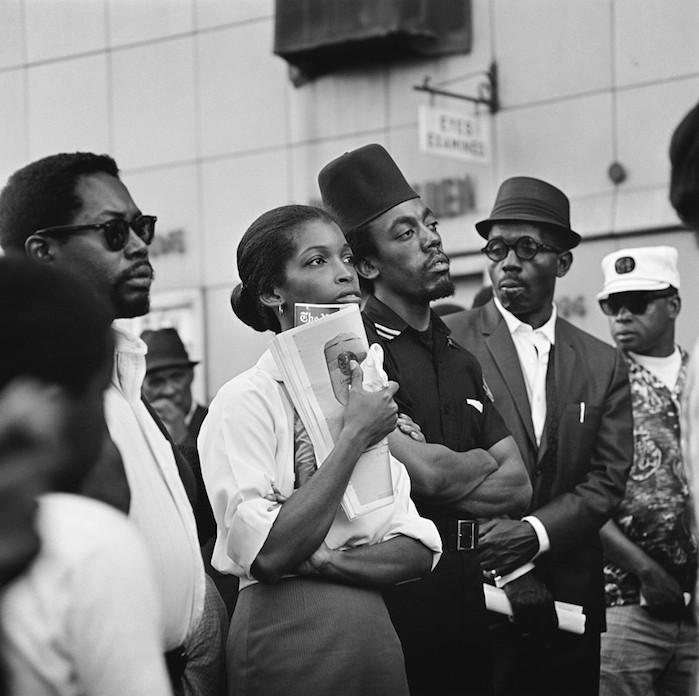 How do you think your father's photography style and the aesthetics he captured shaped what Black is Beautiful imagery ended up looking like over time?

They were creating these visual concepts that were everything from fashion and beauty to everyday stuff. It wasn't just the phrase, or understanding the movement—you could see the lifestyle they were talking about. You had this group of artist-activists who ended up becoming what we call influencers now, in a way that wasn’t necessarily done back then. They were influencing communities with what things could look like, down to product placement or advertising for local furniture stores. They would even help those furniture stores advertise with shoots to say, 'This is a way you could live. You could buy this furniture and wear this African-inspired clothing. This is actually possible.' 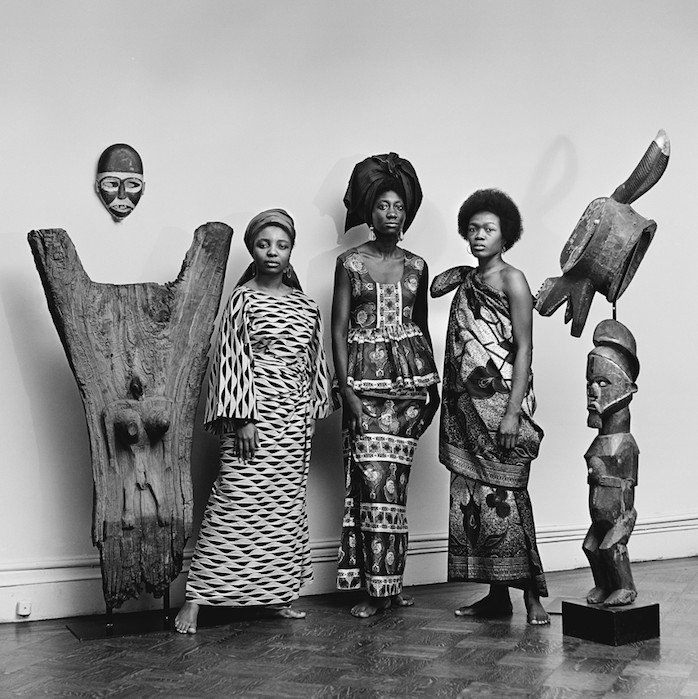 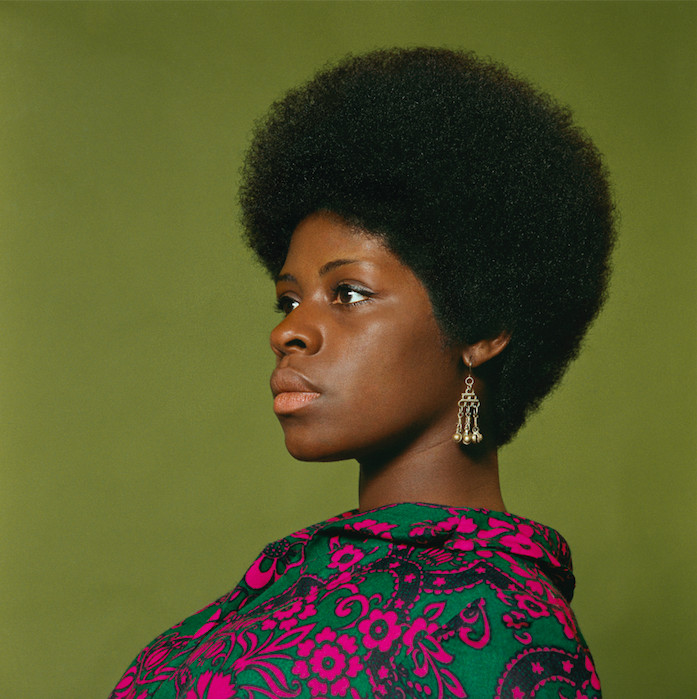 When you were collaborating with Jesse Williams on the 'Celebrity and the Everyday' exhibit, how were you thinking through the way your dad’s mission and work relates to our current moment?

There was this responsibility to our community to improve our situation, which really resonates [now]. Today, we’re still talking about the value of Black bodies. We’re talking about how the imagery we see has been crafted to create a certain fear around the Black male that affects policing, which was very prevalent back then.

I think the photography is the same; you have to recognize Black is Beautiful, but there's also this inherent silent part of the phrase: despite what you’ve been taught, Black has been beautiful; despite the way you’re treating us, Black is beautiful. There’s a declaration that drives the movement that’s behind it. And it’s important to still understand that in today’s world.

Now that people are more aware of the political power that natural hair holds and it's becoming more celebrated in mainstream spheres like big pageants or a growing natural hair industry, what do you see as a next frontier for images that push a radical Black self-love, and who do you think is doing that?

We are still dealing with colorism inside and outside of the Black community. But the call to embrace your natural self is coming across in so many different ways, through imagery, storytelling, in art, fashion and pop culture. Afro-Futurism is part of that. The role of entrepreneurs who are able to reach consumers through platforms like Blavity are part of the conversation as well. So many artists are challenging visual norms through mixed media, people like Tyler Mitchell, Deana Lawson, Hank Willis Thomas, Derrick Adams, Glenn Kaino, Tony Gum, Mickalene Thomas, and Marc Bamuthi Joseph to name a few. But then you have people in popular culture reaching an audience in similar ways while supporting the arts like Beyoncé and Jay-Z, Alicia Keys and Swizz Beatz, Jesse Williams, Lena Waithe, Common, John Legend, Solange, Janelle Monáe, Ava DuVernay and Yara Shahidi. People with an audience are speaking up. It’s reminiscent of the social activism that drove the movements of the 60s. It’s why this message resonates today.

Do you have a favorite photo of your dad’s?

Well, the book cover is an image of my mother. It’s one of my favorite images, and his as well. It’s just absolutely beautiful. There’s a regal quality about the whole image. One of the reasons there’s no wording on the front is we didn’t want to alter that image at all because it’s incredibly powerful and really speaks to the entirety of Black is Beautiful. I'd say that and his self-portrait because it gives you a glimpse into who he was at the time when he was really creating this work. That was shot in ‘64 when he was 26 years old. He’s developing as the artist-activist. That one really resonates with me as well. 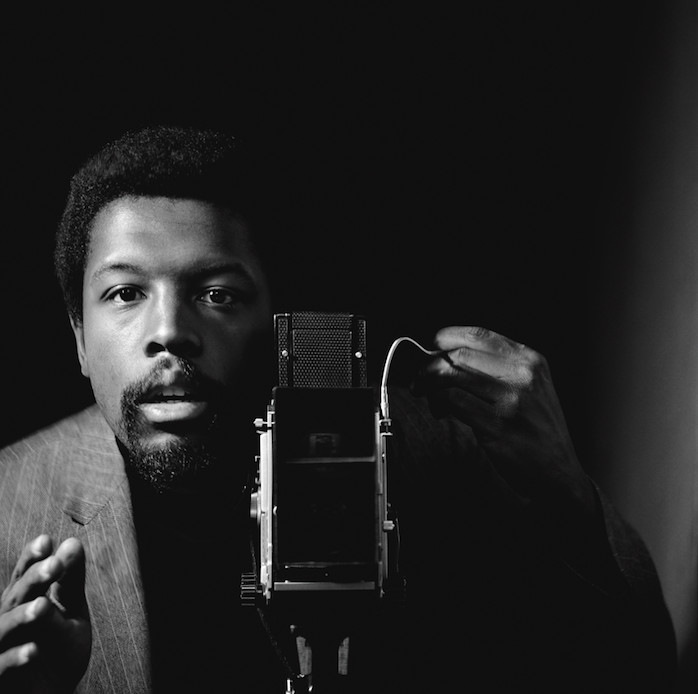