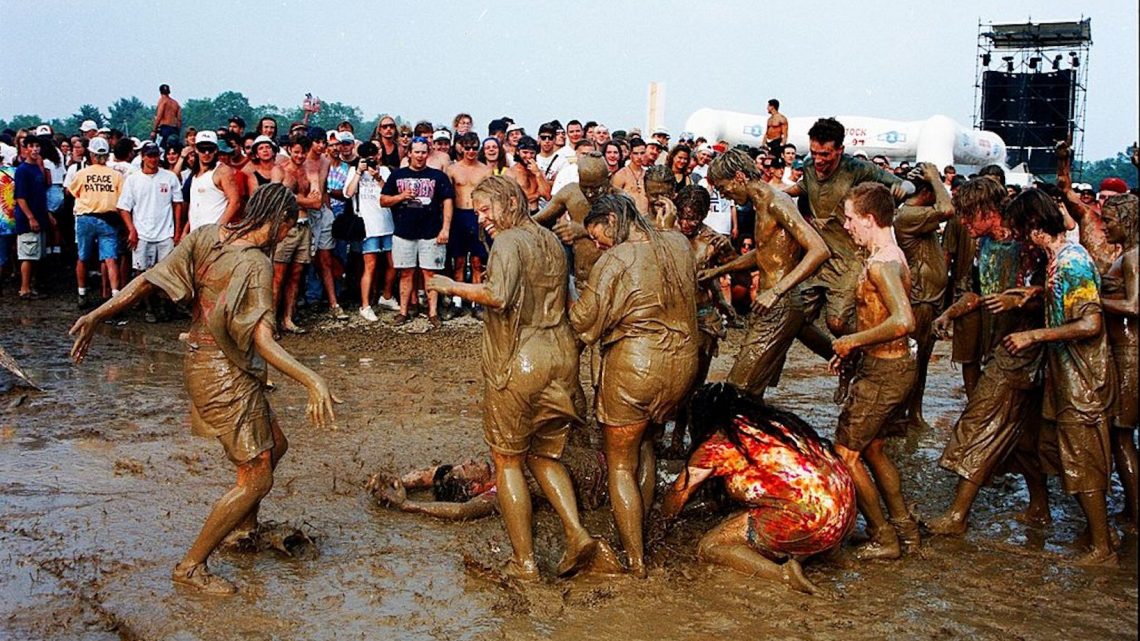 For months, Woodstock 50 has been drumming up hype for a revival of "the festival that started them all," featuring an "amazing lineup" that would draw 125,000 attendees to upstate New York for a three-day bonanza of peace, love, and music. On Monday, the whole thing turned into a complete mess.

Woodstock 50's biggest investor, Dentsu Aegis, announced that the festival had been canceled, citing issues with health, safety, and logistics—but a few hours later, the organizers behind the festival insisted that it was still happening, and threatened to sue Dentsu for saying otherwise. So what the hell is actually going on here—and how did a massive, multi-million dollar event in the works for almost half a year spiral into chaos in what seems like a single day?

In reality, the festival has been plagued with issues from the get-go. Woodstock 50's organizers couldn't lock down the site they wanted—about 800 acres in Bethel, New York, where Woodstock was originally held back in 1969—and they had relocate to a racetrack 150 miles away in Watkins Glen, which is a whole lot harder to access and, you know, a goddamn racetrack. In March, according to Variety, word broke that the festival had run into "financial problems"—and last week, Woodstock botched its ticket rollout, blowing right past the day it had planned to put them on sale. While the organizers said sales would be "delayed," there's still no way to buy passes.

All of that evidently came to a head on Monday, when Dentsu Aegis, which has reportedly poured more than $30 million into Woodstock, announced it was canceling the festival. According to Variety and Vulture, Dentsu basically didn't think there was a way Woodstock 50 could happen. While the festival's organizers promised a sold-out crowd of more than 100,000, they only applied for a permit to accommodate 75,000 folks—and they still haven't gotten it. A source at Dentsu told Variety the company had serious concerns with the infrastructure of that racetrack in Watkins Glen—too little fresh water, sanitation problems, and issues with the entrances and exits—and that it was impossible to solve all that by August 16, when the festival is set to begin. That's not to mention the talent: While big names like Jay-Z, The Killers, and Janelle Monáe have signed on to perform, a number of artists never put the festival on their tour schedules, and The Black Keys, who were supposed to headline, dropped out earlier this month without explanation.

"Despite our tremendous investment of time, effort, and commitment, we don’t believe the production of the festival can be executed as an event worthy of the Woodstock brand name while also ensuring the health and safety of the artists, partners and attendees," Dentsu said in a statement. "Dentsu Aegis Network’s Amplifi Live, a partner of Woodstock 50, has decided to cancel the festival.”

And yet bafflingly, Woodstock's organizers still claim that the festival is happening. They "vehemently" denied that the event had been called off and vowed to sue Dentsu, but they haven't said how the hell they plan to pull off a 100,000-strong, three-day concert series without their biggest investor. According to Variety, a big chunk of Dentsu's $30 million investment has already been paid out to the headliners, who reportedly each locked down fees in the $1 to $3 million range. Meanwhile, the cost of a ticket—if they ever actually go on sale—is only going up. A source told Variety that, at this point, a three-day pass would cost $500 at a minimum.

We'll have to wait and see if Woodstock 50 somehow manages to come together. The organizers still haven't said anything beyond denying it was canceled, and Michael Lang, who helped put on the original Woodstock and is at the helm of this year's iteration, hasn't spoken to the press since this fiasco started. But for anyone hell-bent on trekking to upstate New York to celebrate Woodstock's 50th anniversary, there's still one sure bet. Bethel Woods Center for the Arts, where the festival was held all those years ago, is putting on its own slate of shows: a four-day event complete with sets from Santana, Arlo Guthrie, Edgar Winter, and, uh, no sign of a catastrophic fiscal and logistical meltdown in sight.