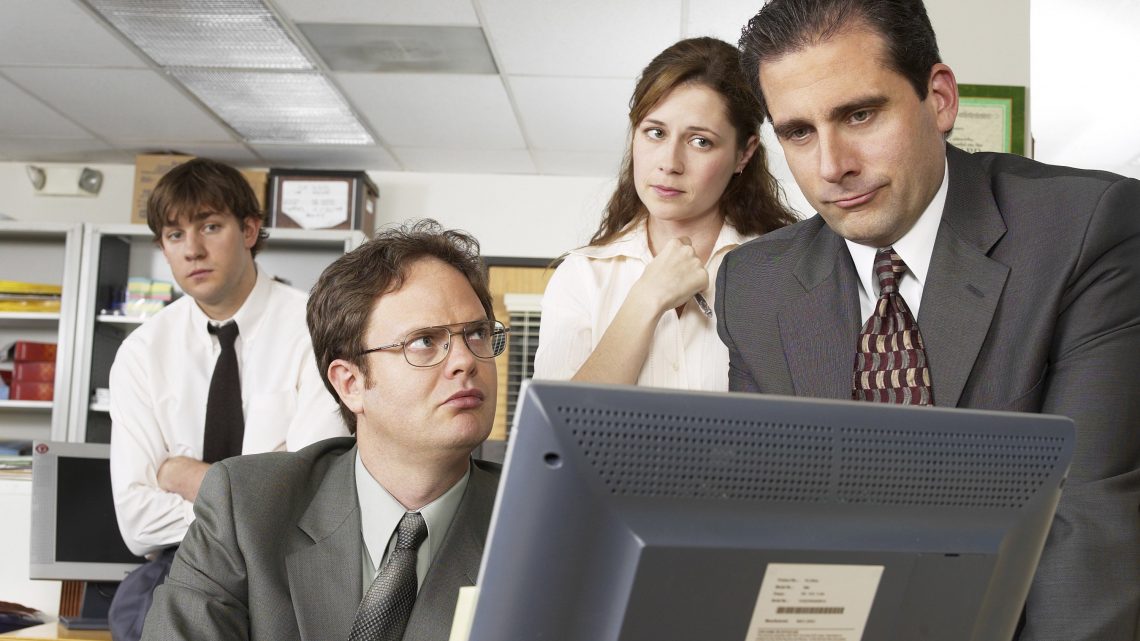 The Office went off the air in 2013, and those last few years were deeply, excruciatingly shitty, but the show has somehow found an almost mythic second life on Netflix. People still fall asleep to the sweet sounds of Dunder-Mifflin every night, pen think pieces about the success of the Michael Scott Paper Company, and splice clips from Threat Level Midnight into their albums, six years after it wrapped up its run.

The show is somehow endlessly rewatchable, a soothing balm for whatever ails you (at least until the loud-ass theme song kicks in), so it's not surprising that it's the most-binged series on Netflix's entire platform. But now, it looks like that might change—because Netflix is at risk of losing The Office from the streaming service entirely, the Wall Street Journal reports.

According to WSJ, NBCUniversal is considering taking back the rights to the show once its Netflix contract expires in 2021, so The Office can live exclusively on the network's own forthcoming streaming platform. The move would be a massive loss for Netflix—the show was responsible for three percent of Netflix's total viewing in the US last year—and wholly devastating for anyone trying to blow through a season or two on a Sunday while they nurse a brutal hangover in bed.

The Office isn't the only extremely binge-able show that could get axed from Netflix, either. NBCUniversal could also yank back the rights to Parks and Recreation, and WarnerMedia is likely also thinking about snagging Friends for their own streaming service when the Netflix contract expires at the end of 2019.

None of this is a sure thing yet, luckily, and some folks at NBCUniversal have reportedly been considering a plan that could allow The Office to live on both streaming services simultaneously, so don't buy all The Office DVDs (or at least the first seven seasons) just yet. Per WSJ:

Netflix paid around $100 million for exclusive streaming rights to "The Office" over several years, according to people familiar with the terms. To keep the rights, Netflix would probably have to offer a substantial premium. Some at NBCUniversal have argued the studio should offer to share the show with Netflix and accept slightly discounted payments.

Ultimately, this is just the beginning of the inevitable battle that is set to unleash hell on our wallets once Disney+, Apple+, and the endless wave of competing streaming services launch, scattering every show across a thousand different platforms. At least we've still got a few merciful years of The Office on Netflix left before the contract expires and we all have to start shelling out $6.99 a month to watch it on NabiscoTV or something. Binge while you still can, everybody.