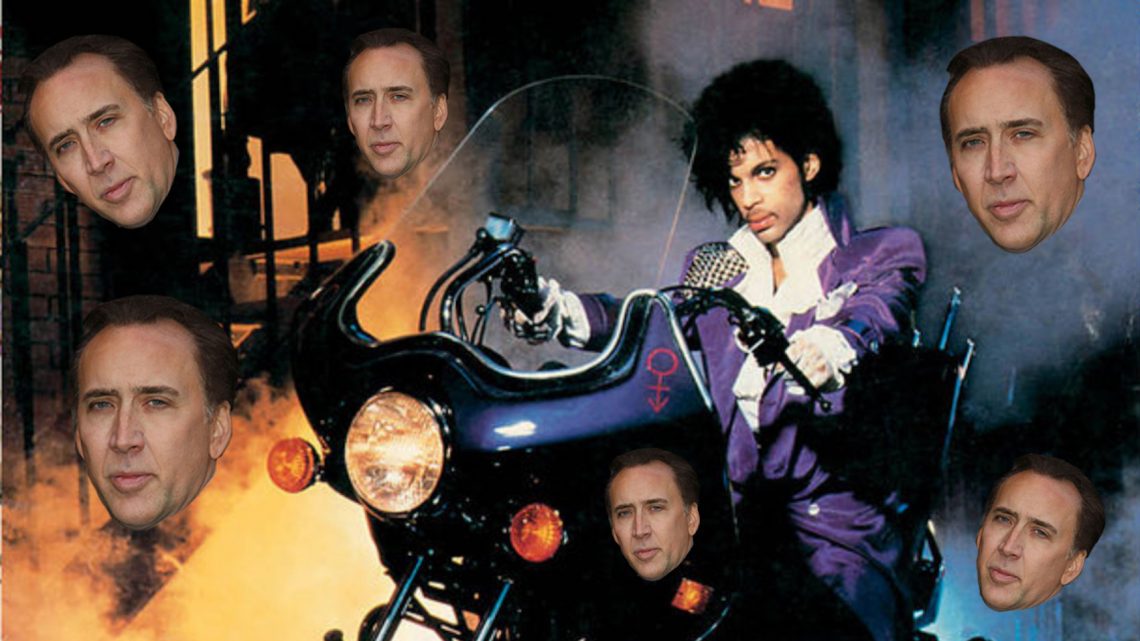 Nic Cage has had an exceptionally weird month, and that's saying a lot for a guy who was stalked by a mime and once woke up to a naked stranger eating a Fudgesicle on his bed. Back in March, Cage got hitched to makeup artist Erika Koike for a whirlwind four-day marriage that he immediately decided to annul, blaming the whole thing on being way, way too drunk.

Koike pushed back, apparently thinking that the alcohol was only secondary to the deep love they shared or whatever, but she finally relented last week and signed the annulment documents—though she reportedly still wants Cage to pay her spousal support.

So what's a freshly single guy like Nic Cage to do after his fourth and shortest marriage (so far) comes to a close? Apparently, uh, go to a karaoke bar and sing a Prince cover very, very angrily.

Last Sunday, Nic Cage, the one true god himself, headed over to a karaoke bar in LA's Koreatown to belt out "Purple Rain," TMZ reports. Judging from the pained, guttural sound of his voice and the way he basically attacks the microphone with his face, the man seems to be going through some shit that only the sweet sounds of Prince can solve.

Unfortunately, the video was shot by some guy who felt compelled to belt the song along with Cage, mostly drowning out his brilliant and fully unhinged rendition of Prince's classic. All that aside, though, Cage actually sounds pretty solid. What else would you expect from the man responsible for the world's greatest and sweatiest cover of "Love Me Tender"?

You can check out the short clip in all its fleeting glory over on TMZ. Enjoy. As for you, Nic: I know things are tough right now, but it's time we all reach out for something new—and that means you, too. Hope your next month is better than this one. Until then, just keep obliterating the karaoke mic with the rage of a thousand suns.

My Journey Through the World of Rich-People Meditation Products