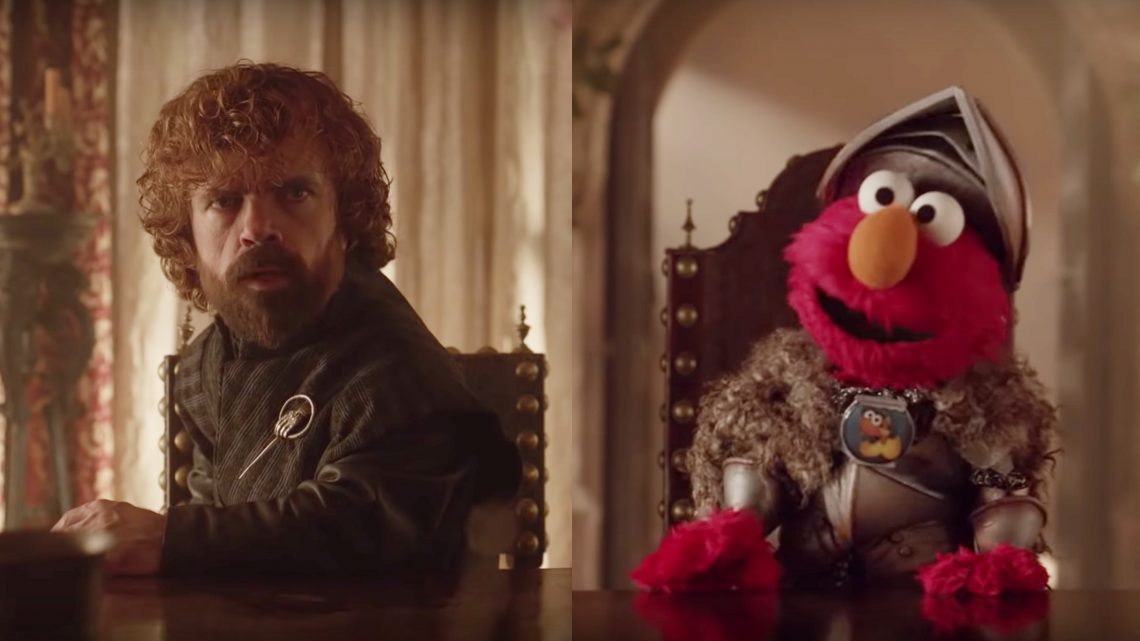 Sesame Street packed up Hooper's Store and rolled Oscar's can over to HBO way back in 2015, but for some reason, it's taken until now for the world to get some sweet, sweet Game of Thrones and Sesame Street crossover action. On Thursday, Elmo made his way over to King's Landing, where he decided to sit down with Cersei and Tyrion to, uh, help them sort out their extremely fucked up issues.

The parody segment stars both Peter Dinklage and Lena Headey in character alongside an adorably beknighted Elmo, and the whole thing exceedingly cute. Give it a watch, and let the impossible wholesomeness of it all wash over you:

"When Elmo has a problem with his friends like Abby, or Cookie Monster, Elmo doesn't get upset," the wise red Muppet says. "Elmo listens and learns from what they have to say." Of course, Elmo never murdered Cookie Monster's father with a crossbow and a witch never told Abby a prophecy about how she would eventually die by Elmo's hand, but whatever. His point still manages to land.

"If we start fighting and work together, we can be stronger?" Tyrion says, wrestling with these novel ideas posed to him by a strange, furry beast. "I'm willing to learn and listen if you are."

Eventually, Cersei reluctantly agrees, Elmo squeals with glee, everybody toasts, and all is well in Westeros. But let's be real here—this is all bullshit, right?

Sure, respectful communication is a fantastic thing to instill in children, especially ones growing up in a world where US presidents call people "low-class slobs" and "perv sleazebags" online, but that shit doesn't fly in Westeros. Are you kidding me? Tyrion already fell for Cersei's lie about joining the fight against the Night King, and apparently he's falling for it again, all thanks to Elmo. You're playing right into her hand, you trusting Muppet fool, and every living soul in the Seven Kingdoms is going to pay for it!

If Elmo wants to survive in Westeros, there's only one thing for him to do: Get his furry paws on some Valyrian steel and start royally fucking shit up. You are endlessly sweet, dear Elmo. But the sweet ones die first. Go recruit Super Grover or whatever and stake your claim to the Iron Throne. Let the kingsroad run red with the blood of your enemies. They will never dare tickle you again.