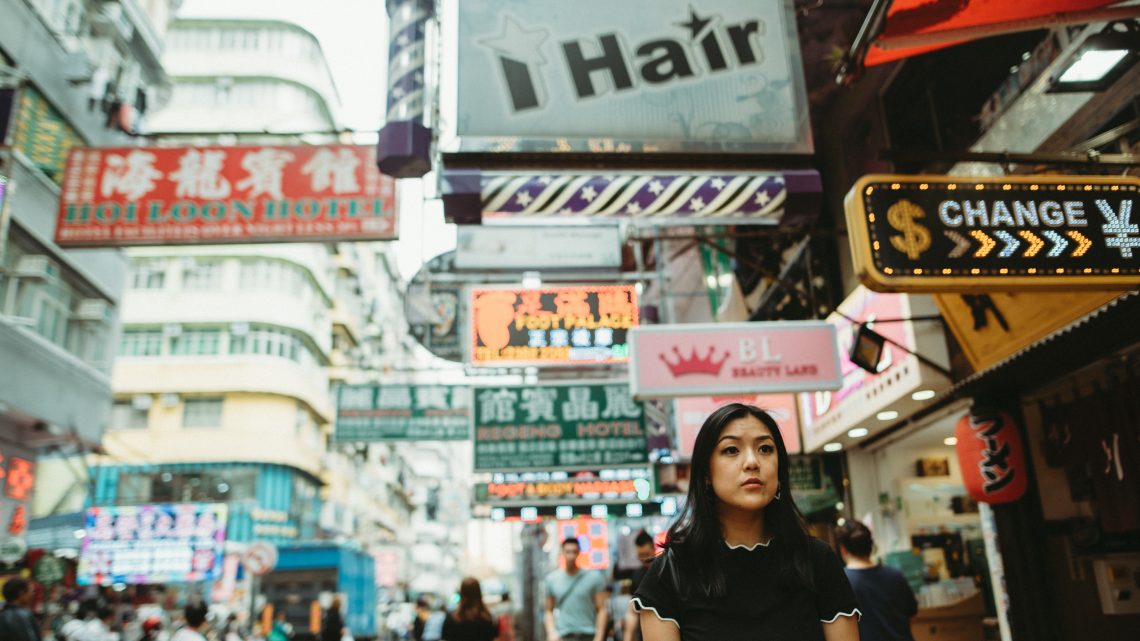 Hong Kong Will Always Have My Heart

Hong Kong: “one country, two systems.” Hong Kong’s identity as both part of, and apart from, China sounds a lot like my own hybrid upbringing. One person, two homes. My British passport tells me that I was born in Beddau in South Wales, but my Hong Kong identity card says that my second home is and always will be Hong Kong.

The two couldn’t be more different.

Beddau has a population of just over 4,000, and the name “Beddau” translates to “graves.” My Chinese immigrant parents settled in this predominantly white former mining village after leaving their homes in search of a better future—one involving raising a family and opening a Chinese restaurant (we used to live above the shop). It’s also home to the teenage mothers who would chain-smoke outside with their strollers, kids setting our garbage bins on fire, and the infamous ornamental garden stone frog murderer. Basically, it’s a bit of a sleepy shit hole where there’s not much to do and, as the name suggests, is a place where all good things go to die. 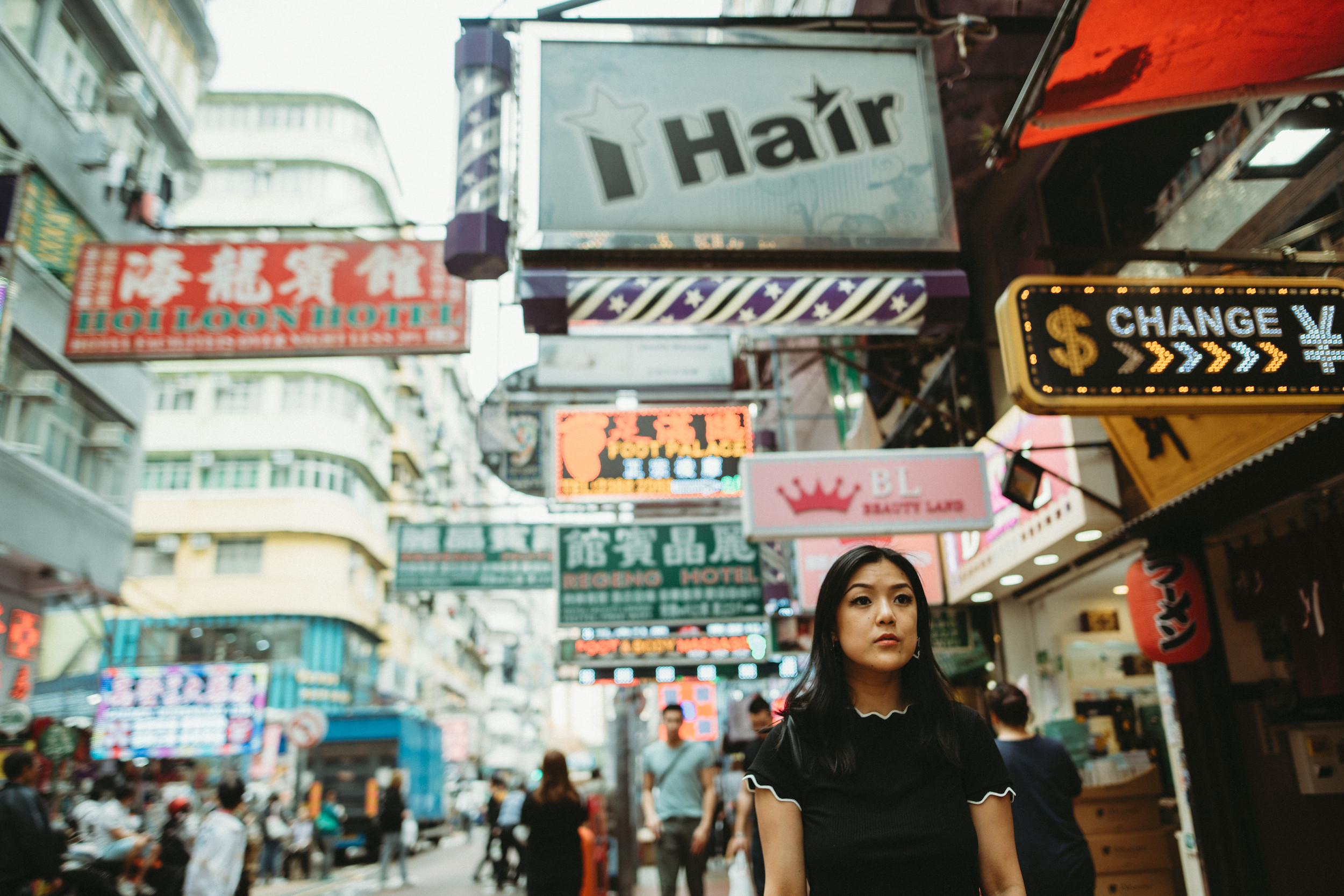 However, a 12-hour flight to the other side of the world will show you that life in Hong Kong is a different story. This cluster of mountainous islands makes up an autonomous territory that was a former British colony until 1997. Hong Kong is one of the most densely populated cities in the world, with 7.4 million people packed into rows upon rows of prefab apartment blocks. High-rises sprang to life in the 50s and 60s as a quick-fix solution to the huge pressures of housing during the colonial period and here they remain, as towering visual markers on today’s emphatically urban society. This in-your-face Asian megacity is colorful, chaotic, and loud—like really, really loud. Hong Kongers aren’t afraid to tell it how it is—in fact they sound like they’re shouting all the time—but that’s just their normal volume. They’re forced to speak up above the din of the crowds and traffic while navigating through narrow streets.

I grew up splitting my time between the two countries since I was three years old. My mother convinced (well, bullied more like) my teachers into allowing my brothers and I to take off months of school leading up to the summer holidays. Myself, my parents, my two older brothers, our three cousins, and aunt would squeeze into a sky-high 19th-floor shoebox flat in Wong Tai Sin, Kowloon. Our home was a tight space for nine people, but that’s nothing compared to the tiny subdivided housing units also known as “coffin homes” or the so-called McRefugees who’d rather sleep at McDonald's because their homes are so cramped. Having space on this island is somewhat of a luxury. 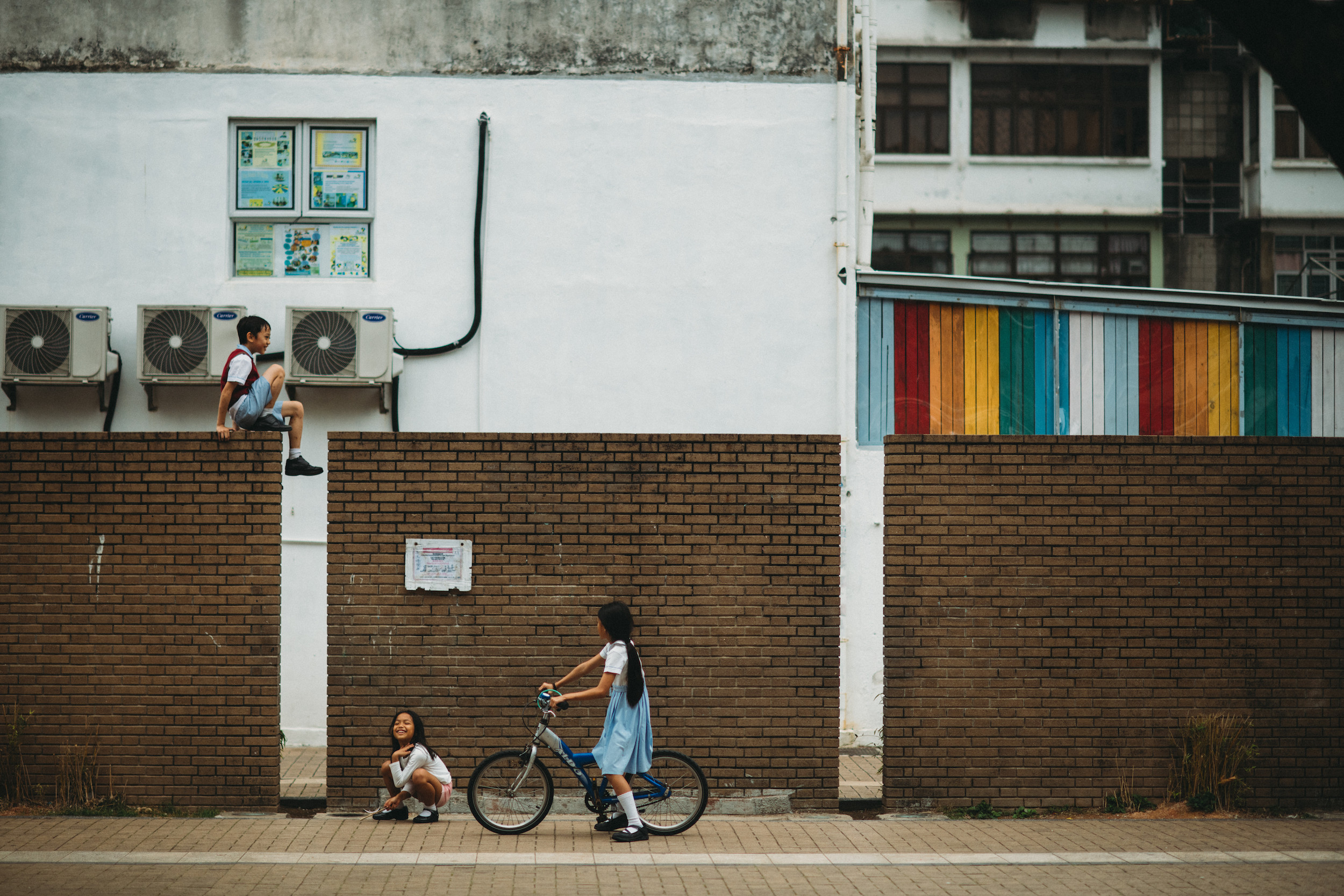 All this toing and froing wreaked havoc on my identity. Growing up as an ethnic minority in Wales and being the black sheep in Hong Kong meant I didn’t fit in anywhere. I found it difficult to connect with my own culture, as there weren’t many faces that looked like mine in Beddau. I was often told to “fuck off back to your own country” or kids would taunt me saying, “your parents use dog meat in the special fried rice” complete with a ‘slant-eyes’ pose for good measure. Yet, whenever I return to the motherland, I may look like everyone else on the outside, but I stood out like a sore thumb. As much as I hate to admit it, I am a banana (a slur to describe those who look yellow on the outside and white on the inside). From the way I speak, the way I dress, and the way I act, Hong Kongers can tell from a mile off that I’m not one of them. Not Asian enough to be Chinese and not white enough to be Welsh, like two halves that meet but never quite add up to 100 percent. 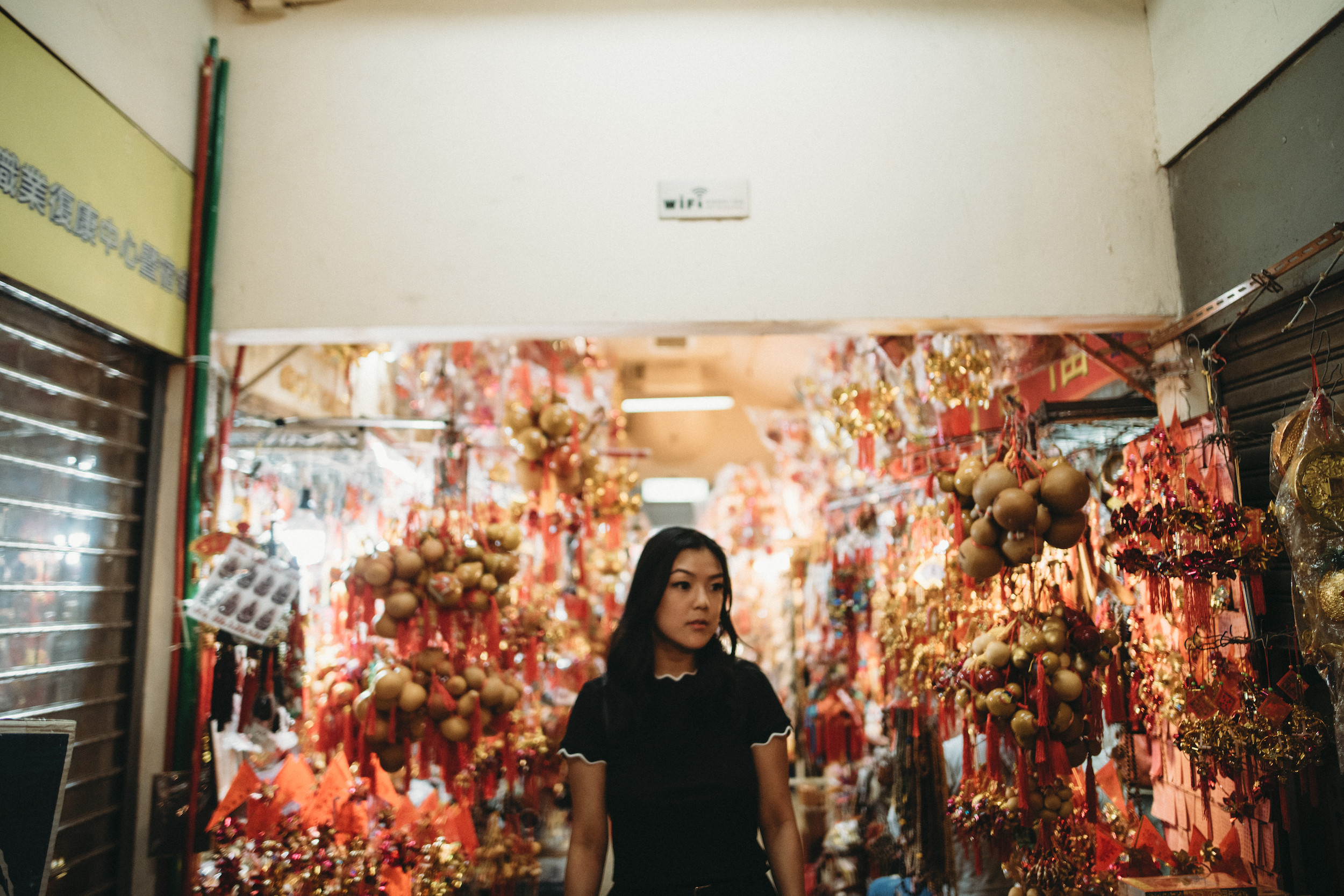 The best way to describe what I’m trying to say is to compare myself to the country’s famous street food snack: egg waffles or gai daan tsai. Invented in Hong Kong in the 1950s as a way to use up unwanted cracked eggs, the eggy contents and the eggy oval shape lend the snack its name. You use broken eggs, flour, evaporated milk and sugar to make the batter, then pour and forced the mixture through waffle-shaped moulds. Close. Flip. Cook. Release. No two egg waffles are ever the same. Too crispy and too thick in places, sometimes unformed bubbles happen, allowing the piping hot air pocket to deflate… Yes, I guess I’m embodying an imperfect egg waffle to represent myself in a strange food metaphor.

Nowadays, you find dozens of flavors and varieties available on almost every street corner, particularly here in the busy shopping district of Mong Kok. I spot a nearby stall selling some and clutch onto my brown paper bag of happiness. Tearing it off bubble by bubble, I bite into the first perfect crunch. 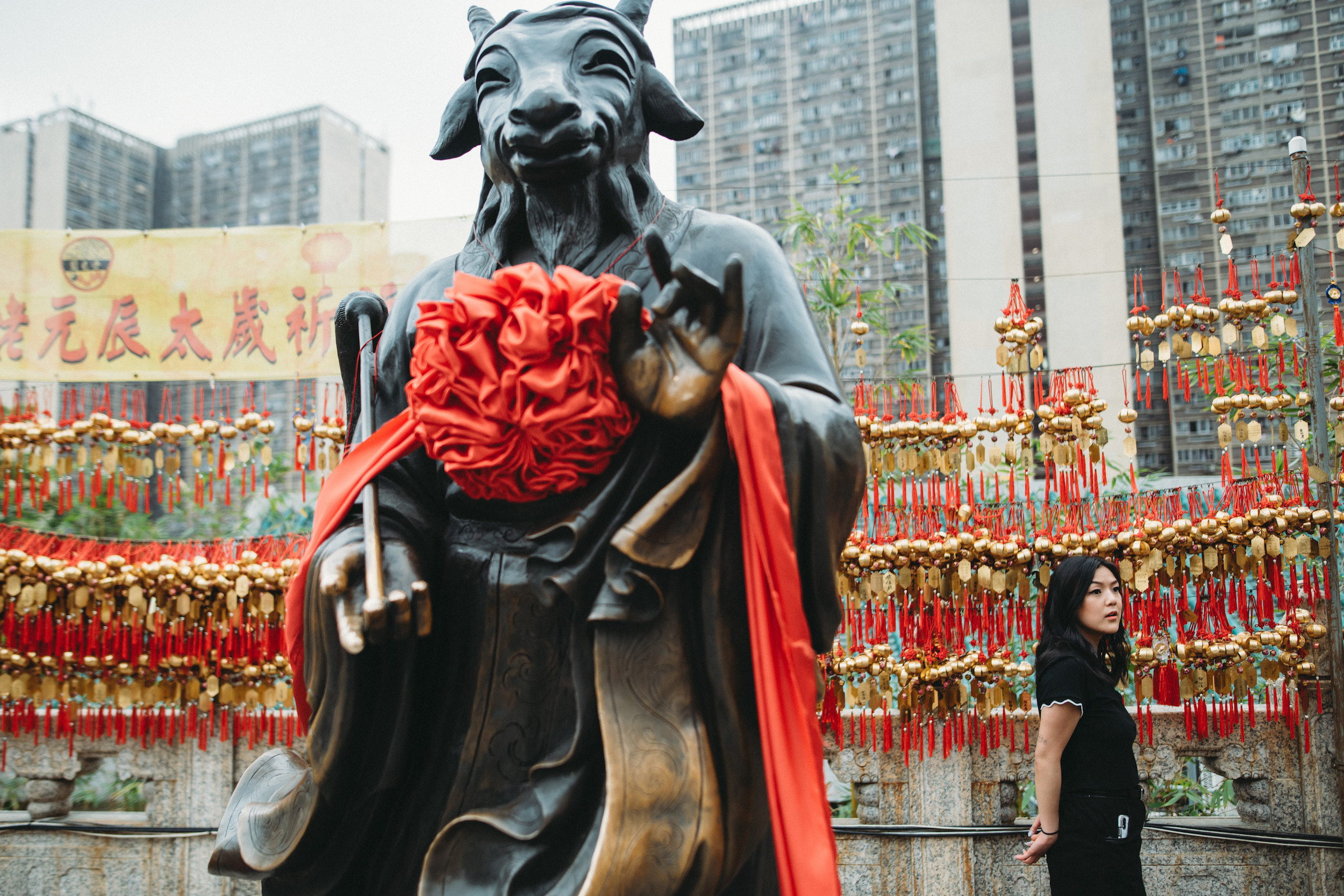 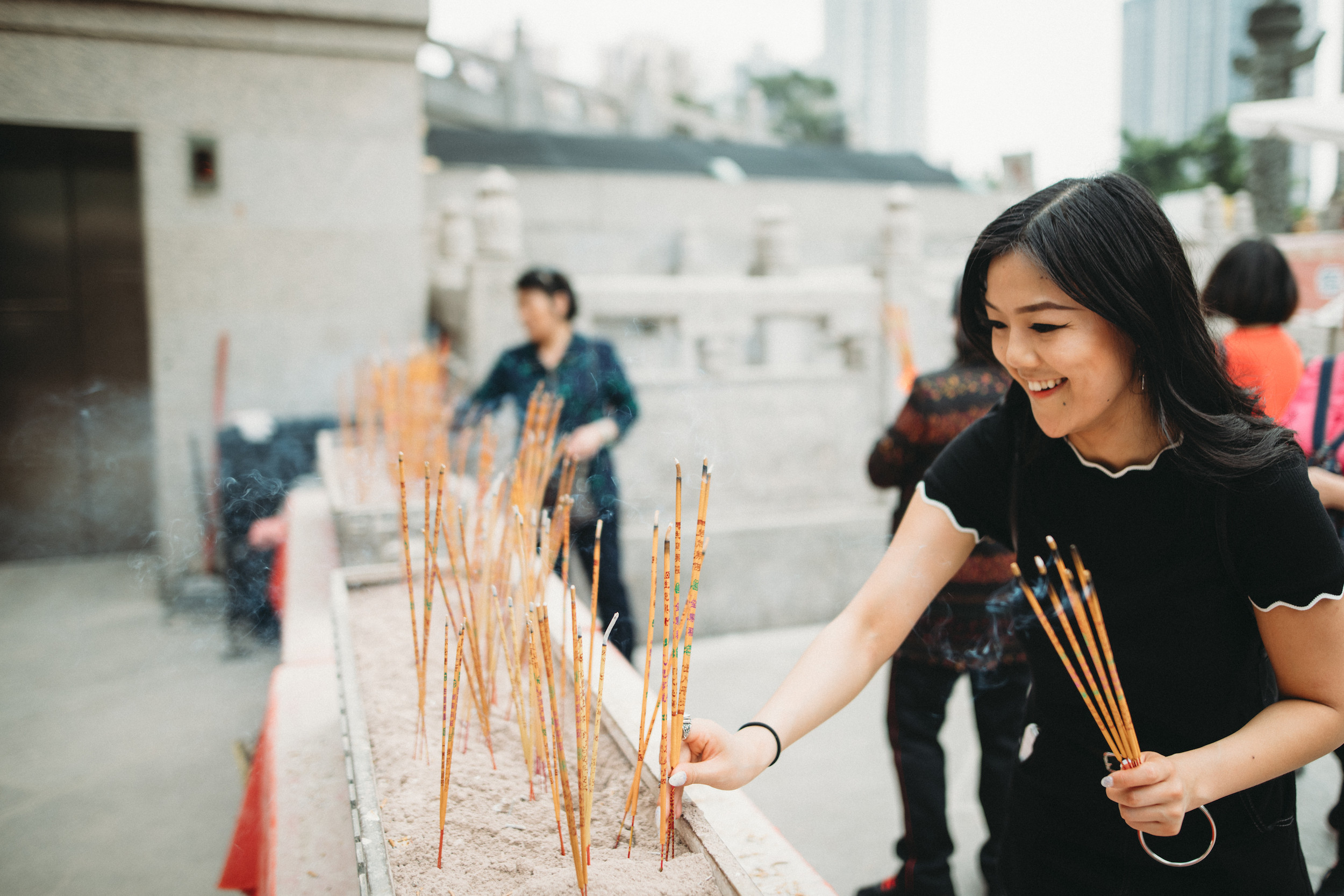 When cramped living conditions and dodging people on the streets like salmon swimming upstream became too claustrophobic, my brothers and I used to take refuge at Wong Tai Sin Temple near our apartment. This Taoist temple is where people went to pray for good fortune, lighting incense sticks and having their fortune read from the side stalls, but really it was our playground. We’d spend all our time throwing money in the koi ponds trying to hit fish, climbing on the zodiac-shaped statues, and getting lost in the gardens—a much-needed moment of calm in a hectic city. Now, it’s almost unrecognizable; overcrowded with tourists from mainland China coming in by the busload and parts of the temple are closed off for renovation works.

It’s heartbreaking to see Hong Kong change, slowly disappearing as it falls more to Communist China, but change is inevitable. When Britain handed the city over to China, Hong Kong was supposed to retain its freedom and autonomy for 50 years, until 2047, but that seems to be slipping through our fingers. Mandarin is gradually replacing Cantonese in schools, the cost of living is skyrocketing, and China is tightening its political grip over the city, spurring violent protests.

I remember the all-important handover moment when I was six years old. My family and I huddled around our old TV in our living room watching a bunch of people sing national anthems and march in uniform, while a very soggy Prince Charles tried to make a speech in the pouring rain. I didn’t understand what was going on at the time or its once-in-a-lifetime importance. But, fast forward 22 years and you start to see the flag slowly unfurl to show China’s real intentions. Hong Kong will never be the same, but only time will tell if that’s a good thing or bad thing. 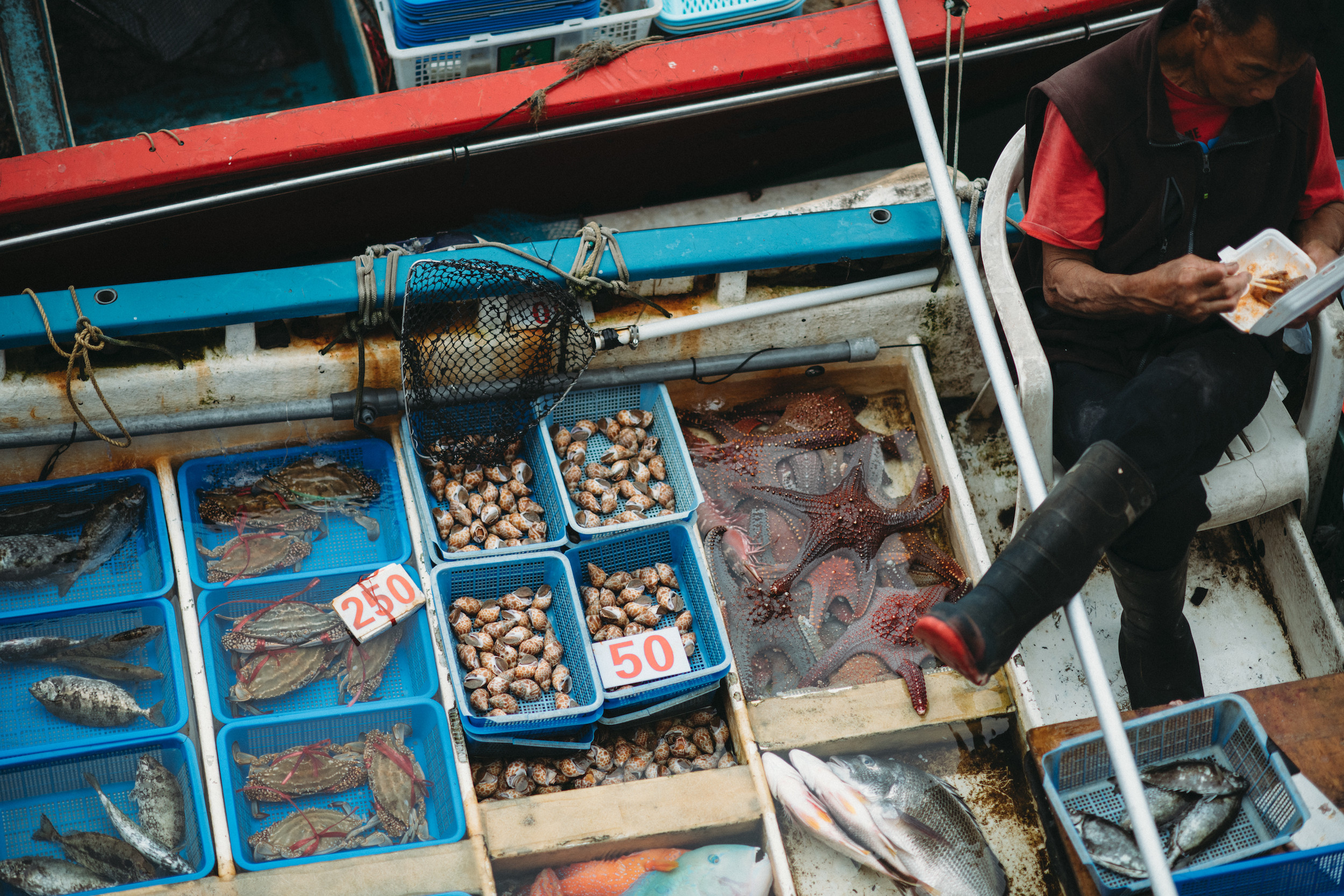 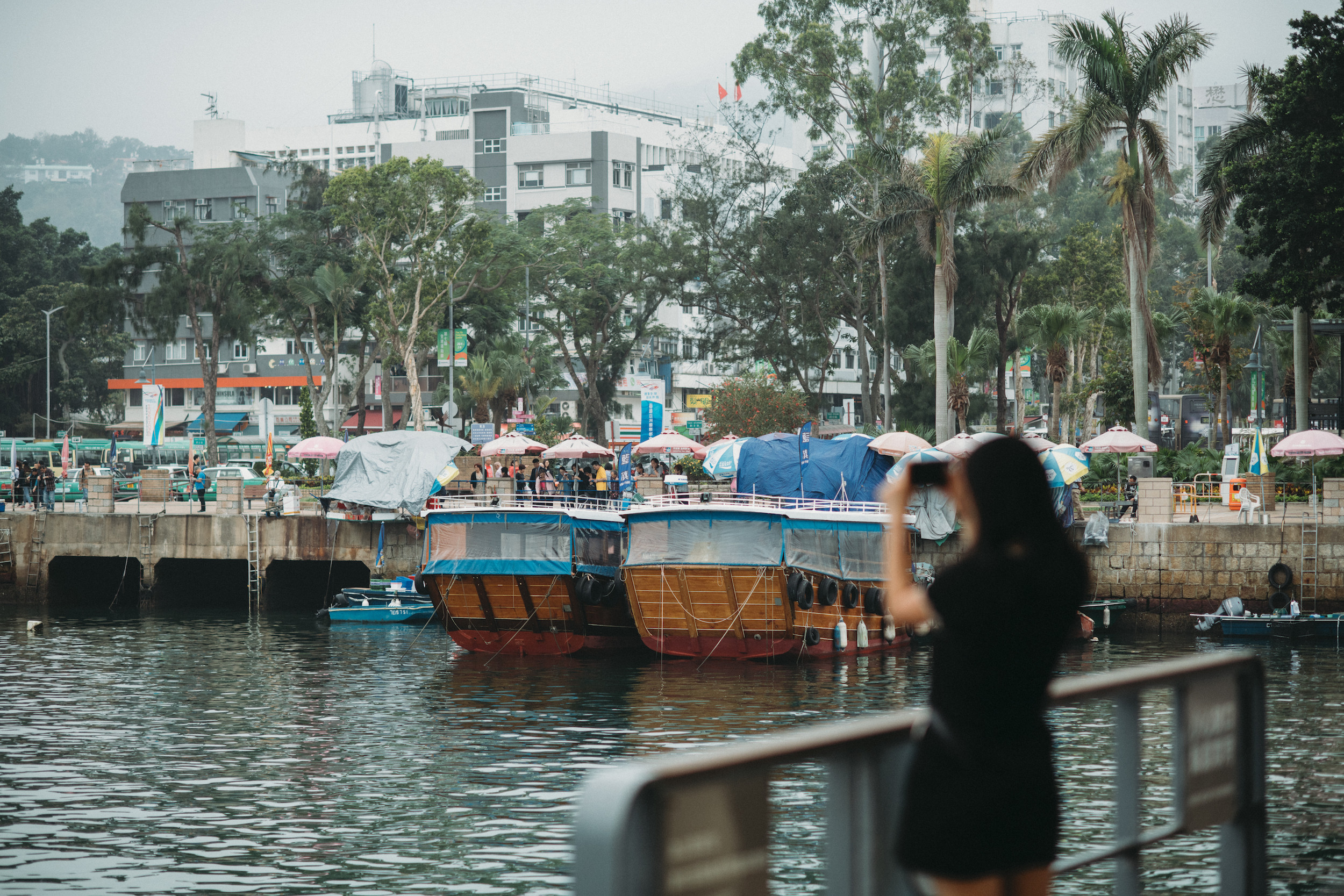 One part of Hong Kong that’s not affected as much by the change is Sai Kung, a fishing village on a peninsula and roughly an hour away from central Kowloon. The eastern part of the island within the new territories feels more disconnected—there isn’t a nearby MTR station and bus routes there are often slow and winding. Roaming around the streets near my dad's old childhood home in Sai Kung, the memories start to flood back. Watching old ladies illegally gamble playing zi pai (cards) in the park; laughing at the phallic shaped geoducks in the almost-overflowing fish tanks near the waterfront with my brothers; daring our friends to jump off the upper deck when we hired out junk boats for parties; or being an immature little shit snickering at my favorite street sign in the whole wide world “Wan King Path” near the basketball courts. The sights of Sai Kung are reminiscent of the old Hong Kong I once knew and loved.

Hong Kong’s future may be uncertain and the fight for its independence seems like an uphill battle. But since returning for the first time in almost three years, I’ve fallen in and out of love with it all over again. I feel a heavy heart knowing that, year after year, the country is changing to the point of no return. I almost despise what it’s become, but at the same time, Hong Kong has an inexplicable gravitational pull that makes me yearn for it. And that’s not just because a lot of my extended family still live here. Really, it’s because, even amid this unsettling time, Hong Kong is always where my heart is.

Postponed Again: Trade Deal With China Now “Tentatively” Set for May 27 or June