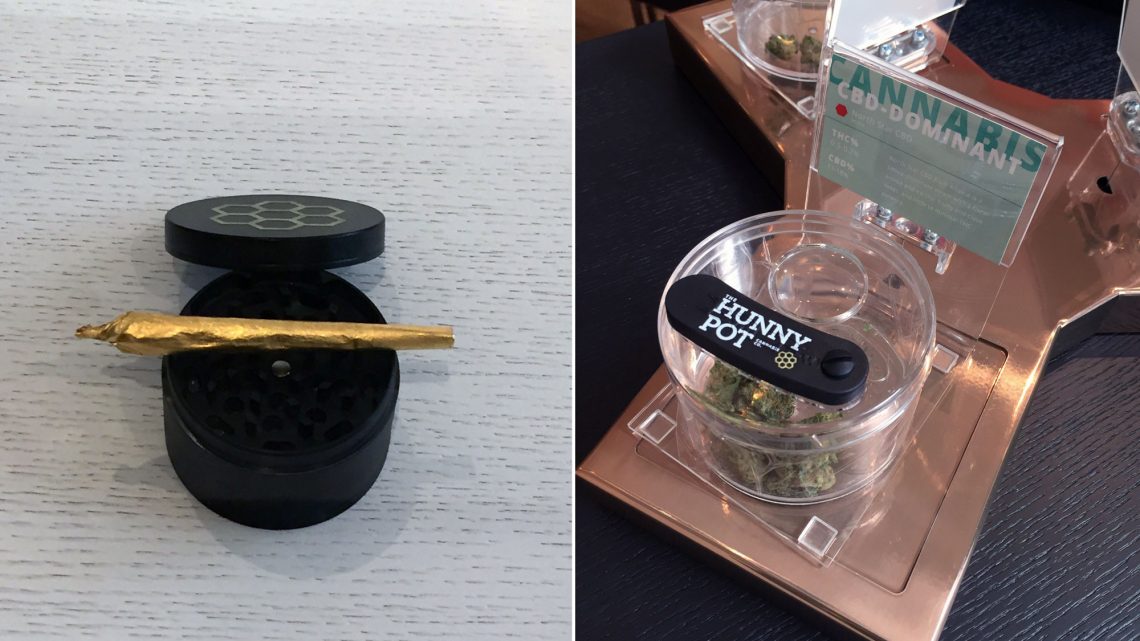 Perhaps it was fitting that Ontario’s weed stores finally opened their doors on April Fool’s day—because the province’s retail rollout has arguably been a joke.

In the end, only ten of the 25 private cannabis retail operators selected via lottery were able to open Monday. There was one store open in Toronto, a city of 2.6 million, where more than 100 illicit dispensaries were in operation prior to legalization.

VICE visited the Toronto store, called The Hunny Pot, located downtown near Queen Street and University Ave. Here are a few key takeaways from the experience:

People give a shit

When we showed up at 8:45 AM—about 15 minutes before The Hunny Pot opened, there were dozens of people already in line. This despite temperatures being below 0 degrees Celsius [32 degrees Fahrenheit] and the fact that you can order weed online. Cannabis lawyer Caryma Sa'd and a few others parked a tent in front of The Hunny Pot at 10 AM Sunday to ensure they’d be first in line. Sa’d told VICE she can’t order weed through the Ontario Cannabis Store website because it doesn’t accept Visa debit cards, so she wasn’t able to buy weed on October 17. “Obviously Ontario has been extremely slow to open brick and mortar stores and it was something of a second chance to be first.” The line only got busier as the day progressed, and the three levels of the store’s interior were jammed the entire time we were there.

The Hunny Pot owner Hunny Gawri is a real estate agent who told VICE he has consumed cannabis only on rare occasions. He has, however, run a bunch of different types of shops, including cell phone stores and an indoor kids’ playground.

“I think I might be able to speak more for people who haven’t tried it and are curious now that it’s legal,” he said, noting he wants more education on the effects various strains will have on him. “There’s a lot of enthusiasts out there and I’m looking forward to understanding it more, learning more about it as we go through the process.”

Gawri said his retail experience is what allowed him to build the store in a short period of time. He said he was in part attracted to selling weed because it’s “definitely going to be a lucrative industry,” especially given Ontario’s population. Many of the other weed operator lottery winners in Ontario have partnered with larger retailers in licensing deals, but The Hunny Pot is independent.

People are pissed about this tone-deaf shirt

Staff at The Hunny Pot were outfitted with uniforms that had jokey slogans on the back, including “baked fresh daily,” and “I’m high on life.” However one of the staffers—a white woman—wore a shirt that said “I run on weed & gangsta rap.” People were not amused when I tweeted a photo of it. That’s because it seemed a little tone deaf, considering that black people are disproportionately arrested for weed crimes, and vastly underrepresented in the legal weed industry.

“There are about 500,000 Canadians w/ marijuana convictions on their record. Black folks were targeted for these offenses & are wildly over-represented in that number. But YUK YUK isn't this tee so cute? Everybody wanna be Black but nobody wanna be Black,” tweeted Jared A. Walker, a Toronto-based writer and communications consultant. Yeah, might be a good idea to pull that shirt out of the rotation. 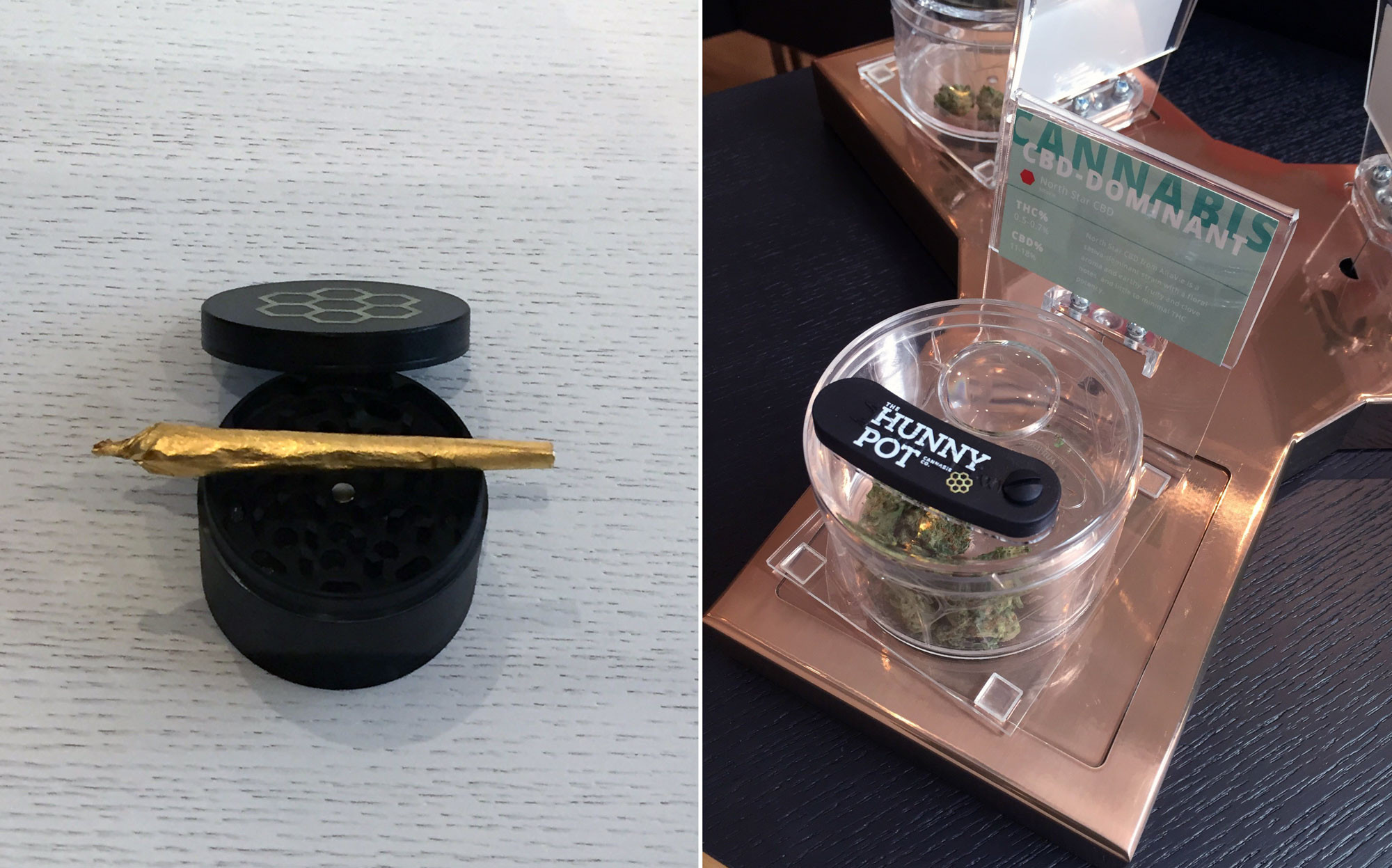 A golden joint (left) and a "CBD dominant" strain (right). Photos by the author

The Hunny Pot is aesthetically very sleek. It’s 3,500 square feet with a lobby area, and three levels where cannabis is displayed in sensory jars that allow you to smell the various strains and examine them through a magnifying glass. Each customer is greeted by a budtender who walks them through their options and then places orders through an iPad. Once you’re done placing your order you wait in a line to pay and pick up the weed at the cashier.

There was a Christian man protesting weed

After spending a few hours at the store, we walked outside to find a protester across the street holding up a sign that said “there’s no hope in the dope. John 8:36.”

It turns out that’s not actually what that bible verse says. The guy was shouting “it’s corrupt, it’s dirty, it’s vile, it’s not God’s will” into a microphone. And I took that as my cue to go home.