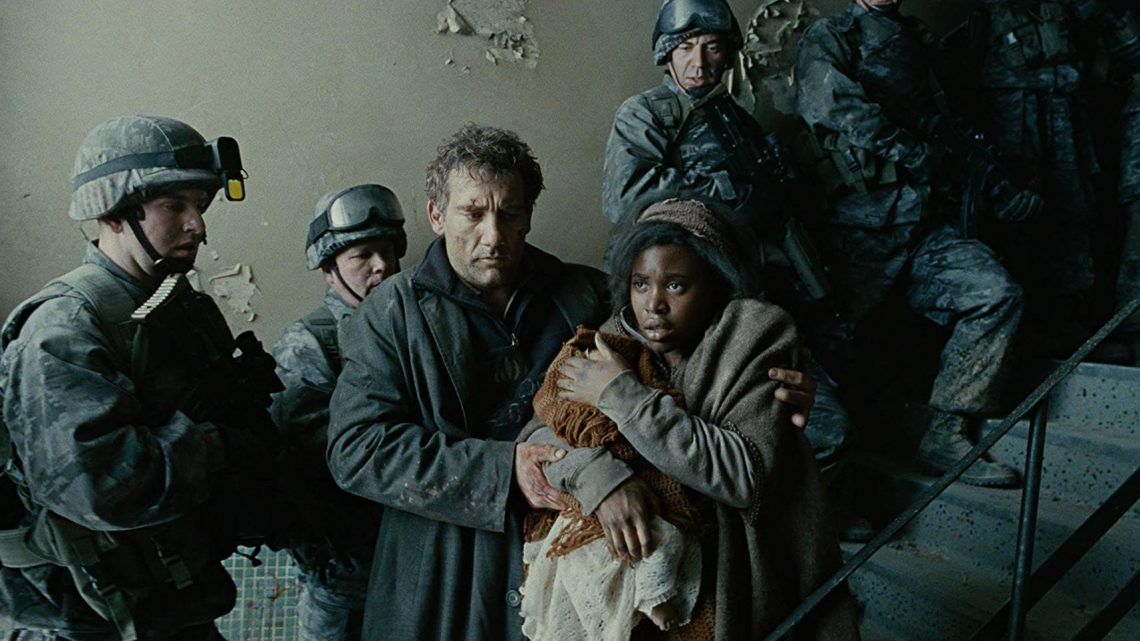 While Alfonso Cuarón’s Roma wasn’t awarded Best Picture at the Academy Awards, that doesn’t take away from the fact that it was, indeed, one of the best movies in recent memory. It went into the Oscars with ten nominations and won three awards, including Best Director. Roma’s story—chronicling the emotional travails of a young, Indigenous maid facing an unplanned pregnancy while the family she works for grapples with its own set of issues—is timely in its exploration of generational discord, organizational brutality, classism, and abandonment. The cinematography is superlative. The whole package proves, once again, that Cuarón is a visionary among visionaries in his field.

In his 2006 film Children of Men, for instance, Cuarón deftly explores themes adjacent to Roma, but within a vastly different context. Children depicts a dystopian future in which pregnancies have been nonexistent for almost two decades. It’s a story of survival, as characters struggle to preserve their ideal version of a future for the human species. Tucked within its depiction of bloodshed and social upheaval are parallels to our troubled times that illuminate, especially, the current state of the immigration debate.

When it came out, however, Children of Men was misunderstood as yet another straightforward allegory for the War on Terror. At the time, reviewers typically framed the movie as a political thriller. For them, it was bred from a mixture of the existential insecurity that led to the Patriot Act and the police state Bush’s administration created after invading and destabilizing Iraq.

That’s an understandable interpretation, considering how sensitive audiences in 2006 would have been to that message, and how frequently Cuarón featured imagery that evoked it throughout the movie. Buses drive around emblazoned with the words “HOMELAND SECURITY.” Foreign protesters march through Britain’s streets, hoisting automatic weapons and shouting “Allahu akbar!” A figure even stands inside a cage, arms outward at waist-level, wearing a black hood over their head. That last shot is recognizable even today as a reference to the infamous “Hooded Man” photo from the American torture site at Abu Ghraib.

Reviewers in 2006 generally gave the film an “A” for effort, but expressed frustration that its Bush-era commentary led nowhere. They were being myopic. The film is best understood today as an “if/then” statement: If a society feels threatened, then it can turn toward a nationalism that pins its most difficult problems on vulnerable populations. It’s a ruse we (should) know intrinsically. Remaining wary of that very kind of nationalism, after all, is the major lesson we took from World War II. And yet, Children of Men’s immigration angle was largely brushed aside as reviewers hemmed and hawed over comparatively insignificant details.

One early scene goes over the thesis in about thirty seconds. Theo Faron—the protagonist, played by Clive Owen—rides a train while propaganda videos play on screens overhead. A flurry of images suggests major urban centers all across the world have self-destructed. Soldiers in hazmat suits tromp through Tokyo. Rioters pelt police with rocks in Moscow. An atomic mushroom cloud towers over the Manhattan skyline. Finally, the Palace of Westminster appears under the phrase, “Only Britain Soldiers On.” In a cut to another commercial, women and men describe how their acquaintances and neighbors are illegal immigrants before a narrator says, “To hire, feed or shelter illegal immigrants is a crime.”

The critical consensus has caught up to the film in the decade since its original release. Children of Men, today, has been recast as a pinnacle of contemporary cinema. The BBC rated it the thirteenth best film of the 20th century. Vulture called it a “masterpiece.” It has, finally, arrived.

This revisionism didn’t occur in a vacuum. Praise for the film grew in equal measure to the explosion of divisions in the United States and Europe over how to address changes in immigration, generally, and extralegal immigration in particular. Positive reassessments started trickling in around 2010, but swelled to a full flood around 2016.

The change? Trumpism and Brexit. The Trump administration, especially, has blurred the lines between our waking life and Cuarón’s nightmarish art. The unfolding drama over money for Trump’s proposed border wall is only the latest proof of how tightly this administration is tied to an anti-immigrant agenda. Far more frightening is the family separation policy that, though formally ended, reportedly still remains enforced at the southern border, despite its demonstrably fatal consequences.

A total absence of accountability has accompanied these tragedies. Human safety and wellbeing is secondary to the US power structure’s lust for acting “tough” on undocumented immigration. Never mind that real solutions for this real issue exist amid Trump’s talk of ineffectual walls, sealed borders, and nonexistent terrorists. For him, just like the groups chasing after the protagonists in Children, the appearance of action is all that matters—even if the cost is human lives.

Cuarón set Children of Men in 2027; this film wasn't concerned with the present, but the near-future. It was a warning that passed unheeded. It decried what might result from privileging security over freedom and, correctly, predicted a result: virulent nationalism ready and willing to otherize and brutalize immigrants. It may seem like a stretch—but ultimately, the film shows the kind of world that Trump-era social policies, if left unchecked, could create, because it feels like we’re already well on our way.

Making Friends Is Tough After You Leave a Cult