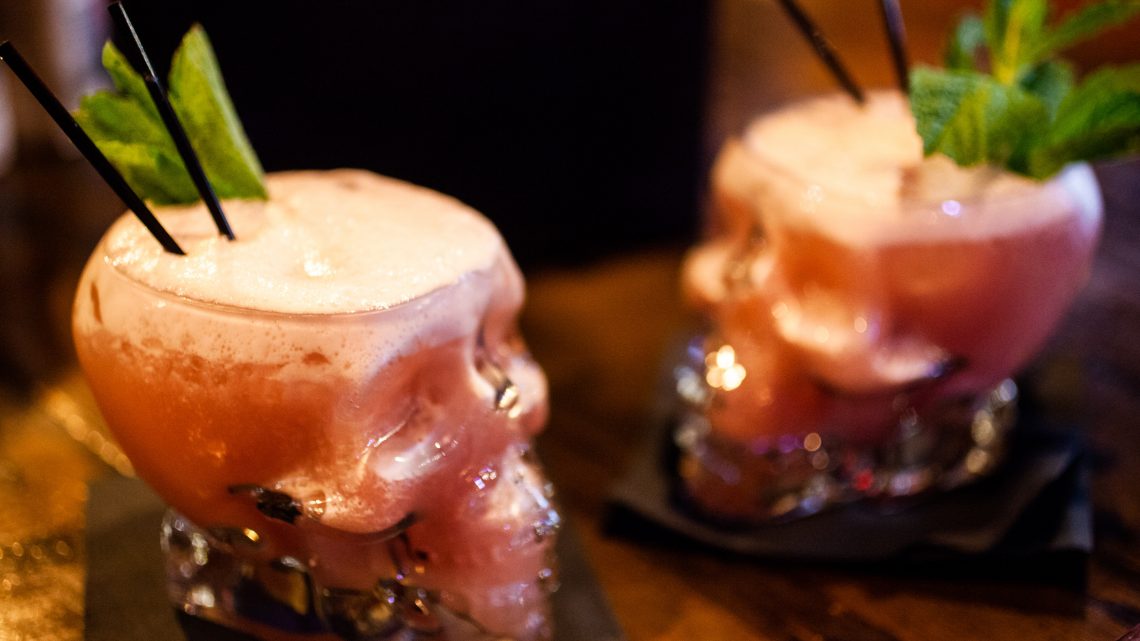 Nashville’s Lower Broadway bares little resemblance to the guitar-pickers’ and songwriters’ hamlet it was in decades past.

Now known as America’s bachelorette party capital, or the Honky-Tonk Highway (as it’s been branded), Lower Broad has so much foot traffic from pedal taverns and revelers hopping between celebrity-themed event spaces, street parking on the strip is a thing of the past. It is five-block gauntlet of neon-lit, multi-story downtown honky-tonks, where tourists flock year-round to see country covers and Journey hits until last call at 3 AM.

But in a town known for chasing quick profits over preserving its own history, a handful of old-school honky-tonks, speakeasies and dive bars are keeping Music City’s past alive.

Established in 1960 by the late Tootsie Bess, Tootsie’s Orchid Lounge—distinguished by its trademark purple-painted brick façade—is, perhaps, the world’s most famous honky-tonk.

“It’s a museum for, really, music in general, not just country music,” owner Steve Smith says, noting how sweating out tough crowds at Tootsie’s has been a rite of passage for Nashville entertainers from Kris Kristofferson to Taylor Swift and Jason Aldean, and countless others. “They come [here] looking for the highway of dreams. Some make it, some don’t.”

Inside the multi-showroom, three-level bar, photos lining the walls tell the story of Tootsie’s golden age as a between-Opry-sets hangout for legends like Hank Williams, Patsy Cline, Mel Tillis and Johnny Cash. “The backroom next to the alley was like the green room for the Ryman Auditorium back in the day,” says Smith, “because the Ryman Auditorium didn’t have a lot of room backstage to hang out. So they used to come over and hang out at Tootsie’s and listen to the Grand Ole Opry on the radio,” as they waited for their spot in the show. 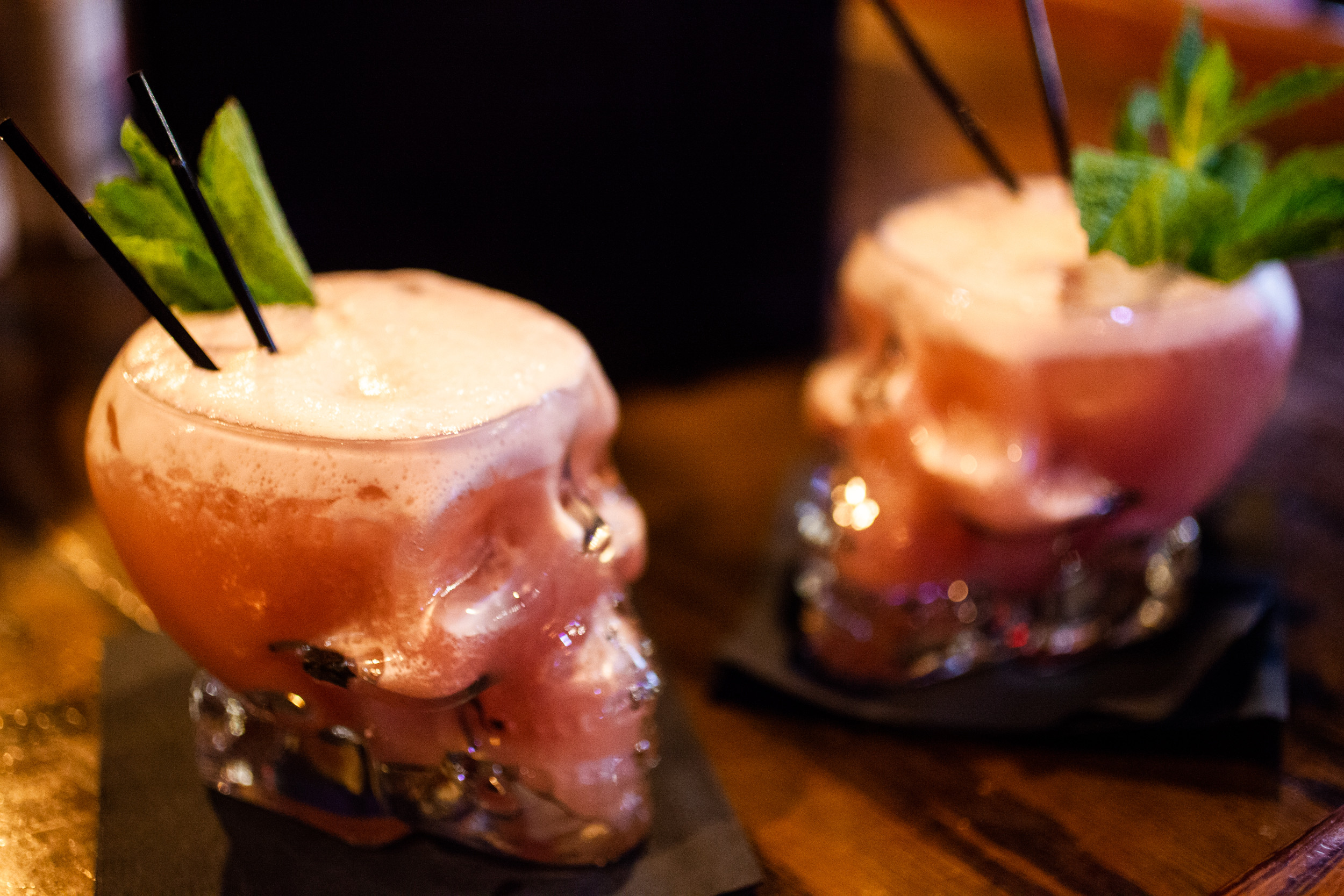 Like Tootsie’s, Skull’s Rainbow Room is also a bit of a Music City museum; it opened in 1948 on Lower Broadway-adjacent Printer’s Alley, a Nashville nightlife district that dates back to the dawn of the twentieth century. Its owner, David “Skull” Schulman, ran it for 50 years, until he died at the bar. (But that story’s for another time.) Now it’s a jazz club and moderately upscale, designer-cocktail-featuring chophouse homaging the days of burlesque shows boasting the likes of Sally Rand, and when Andy Griffith was the house comedian.

As general manager David Wileman recalls, the Rainbow Room was like an untouched tomb of itself when he first got a look inside. “It looked like Austin Powers had been living here,” Wileman says of the carpeted walls and time-capsule-preserved décor, which was already dated in 1998. Darkly lit, with leather and wood and brass and tin tile ceilings, it’s since been updated with a timeless speakeasy feel for modern dames and their dapper Dans. 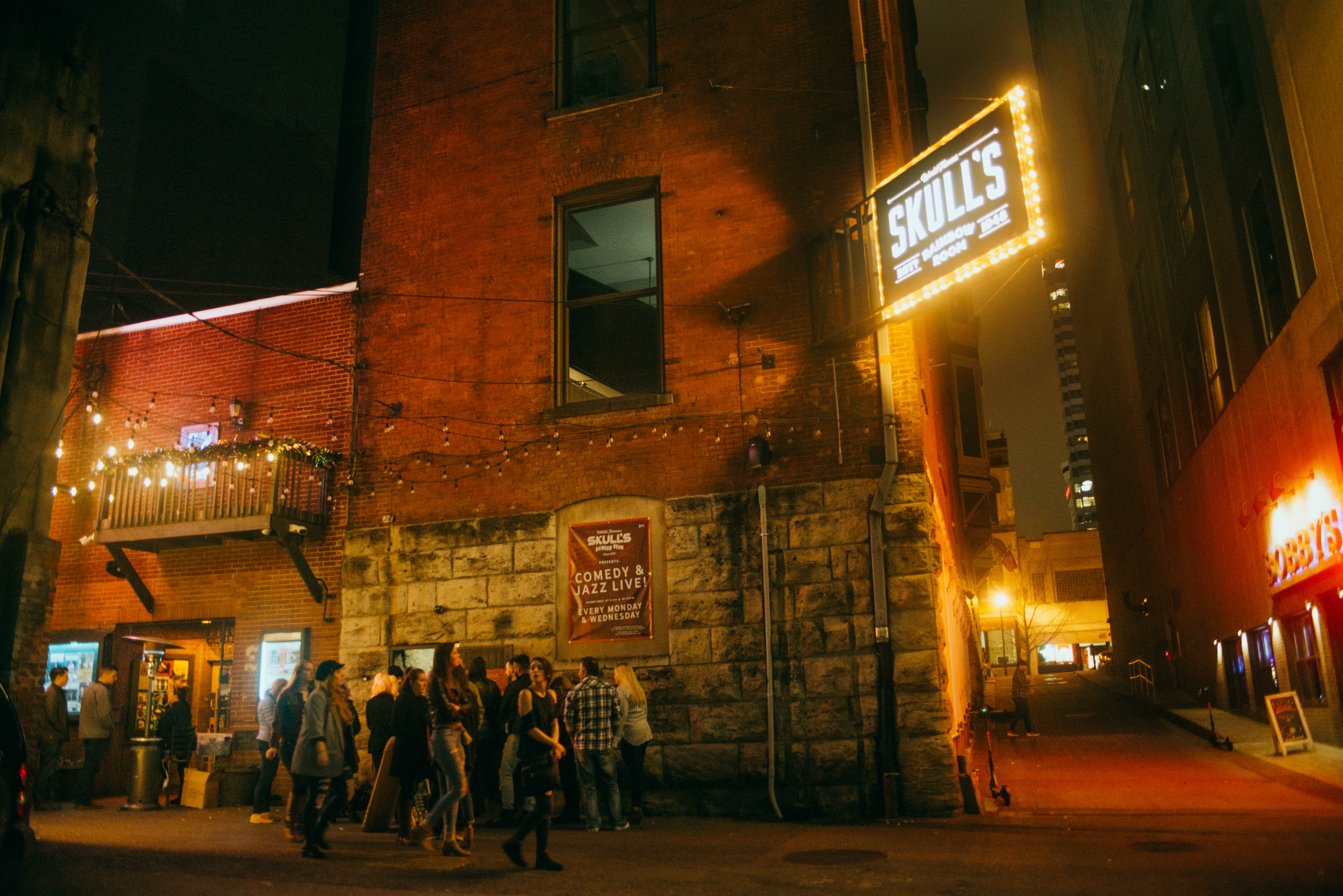 In 1969 and 1970, the Rainbow Room was the post-show hang after tapings of The Johnny Cash Show at the Ryman. On one summer night in 1969, Bob Dylan, Joni Mitchell, and Graham Nash all took the stage, with Willie Nelson playing in the backing band. Twenty years later, in 1989, country star Tim McGraw got his start playing Skull’s every night. It’s where he was discovered.

The Rainbow Room is located in the basement of the 124-year-old Southern Turf building, a landmark on the National Register of Historic Places. Sitting atop a maze of bootlegging tunnels that lead down to the Cumberland River, the building—a stone and marble monument to vice—was at one point had been a casino. “It was a one-stop shop,” Wileman says with a laugh. “You could lose all your money in one night in one building.”

“[Lower Broadway] was more of a Nashville casualty,” recalls veteran Music City songwriter Pat McLaughlin, who came to Nashville in the late ’70s. “It was a honky-tonk scene, poorly attended, and I personally loved it. One man’s ‘seedy’ is another man’s paradise.” 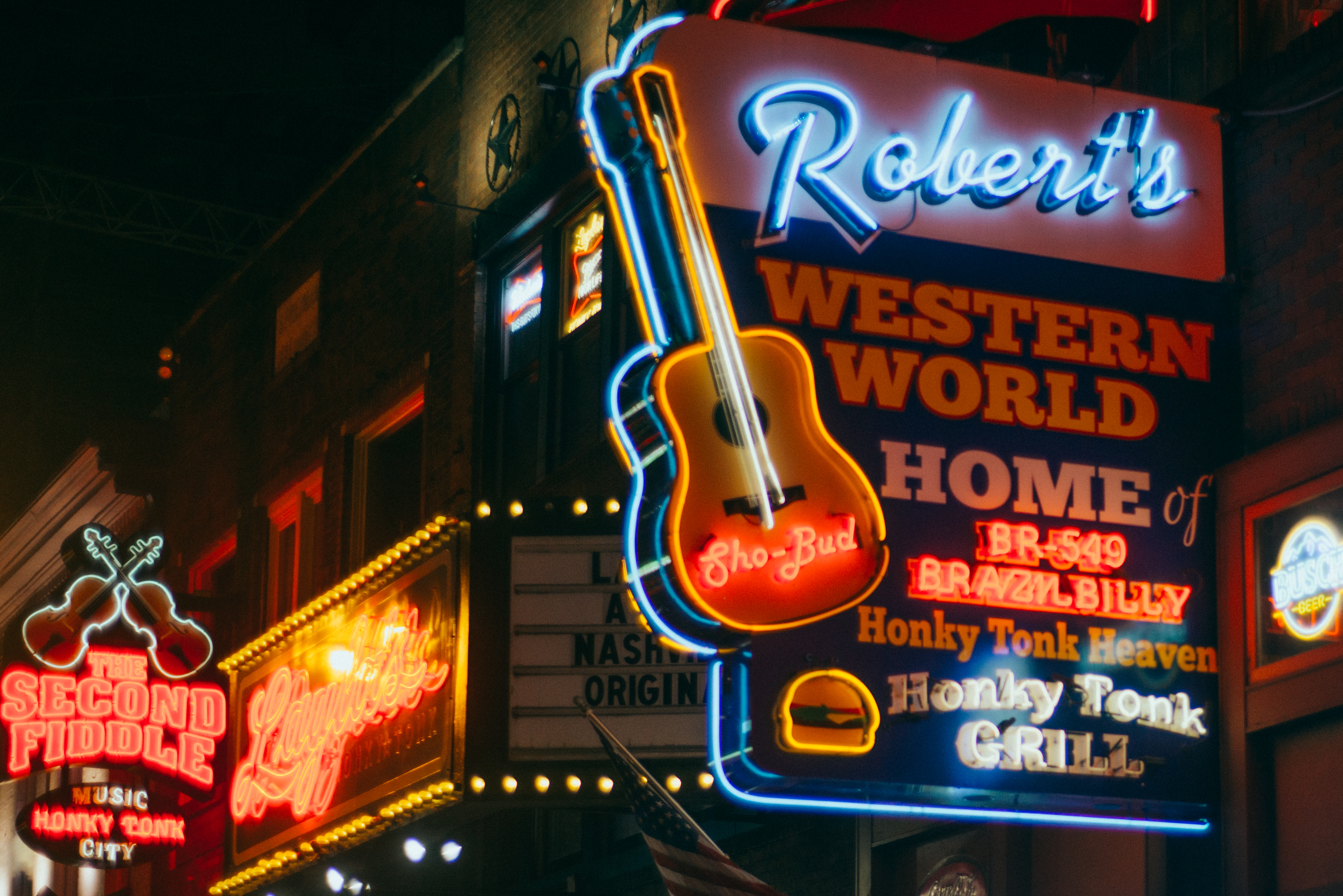 “Musicians on Broadway, back in that day,” McLaughlin added, “were not guys that had relationships with publishers on Music Row. They were not thinking about getting record deals. It was just good ole stuff, man. There wasn’t anything glamorous about it.” His mind wandered to Merchants Hotel, now an upscale chop house near Tootsie’s. “The Merchants bar was like going into Long Branch on Gunsmoke." 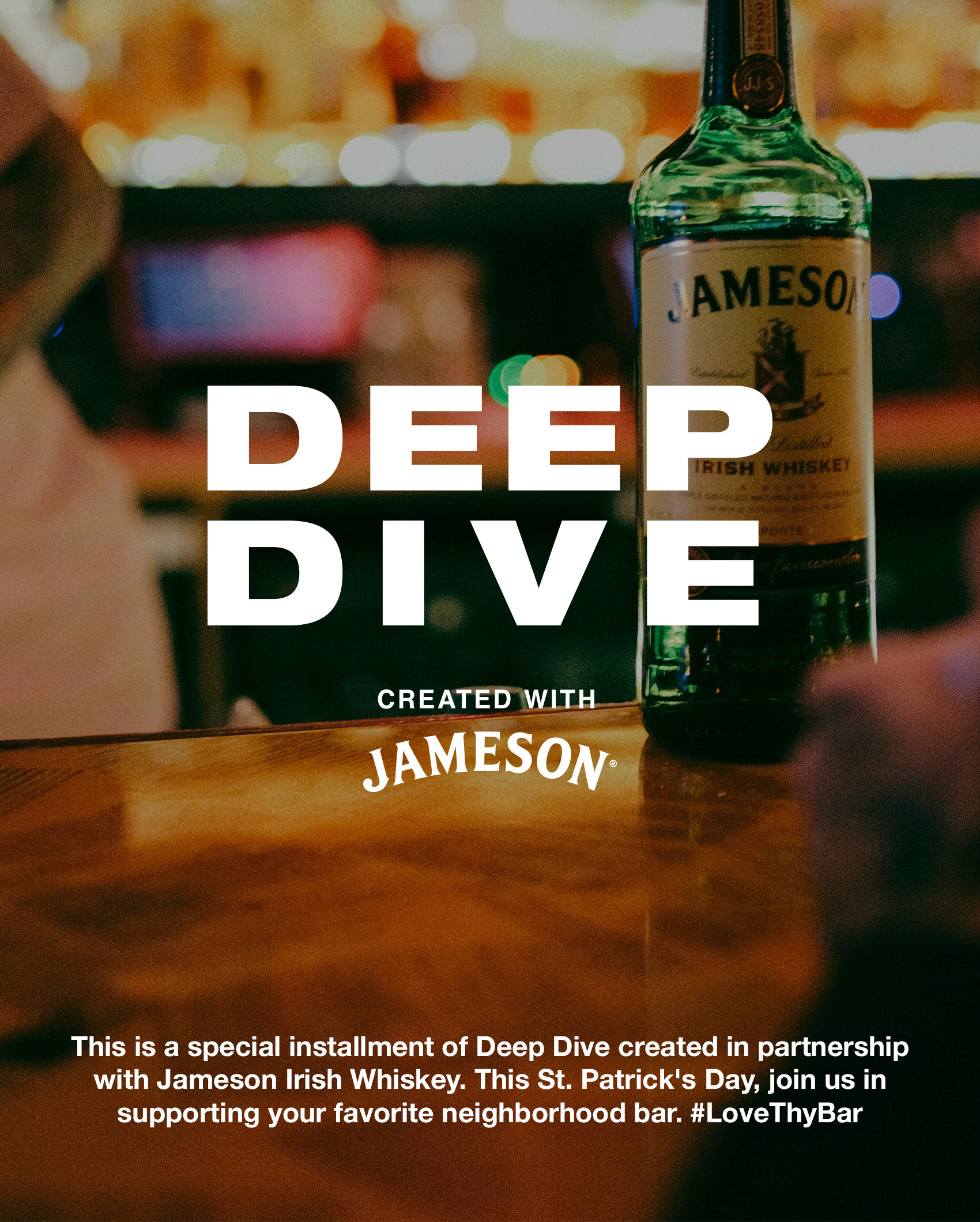 McLaughlin had a particular fondness for Norma’s Dusty Road, a now long-gone dive bar tucked away on the East Nashville side of the Cumberland River, on Woodland St., across the bridges from downtown in the shadow of where Nissan Stadium, home of the Tennessee Titans since, has stood since 1999. In the ’60s and 70s, the Dusty Road was a hideaway epicenter of the Nashville bluegrass scene.

By the time McLaughlin discovered it in 1983, when he was haphazardly cast to appear as a mandolin player in the music video for Ray Charles’ “3/4 Time,” which was shot at the bar. McLaughlin remembers the Dusty Road as a welcoming hangout where lonely musicians and long-haul truckers could drink beer and jam. “Truckers welcome, instruments furnished,” it read in big letters on the front of the bar. 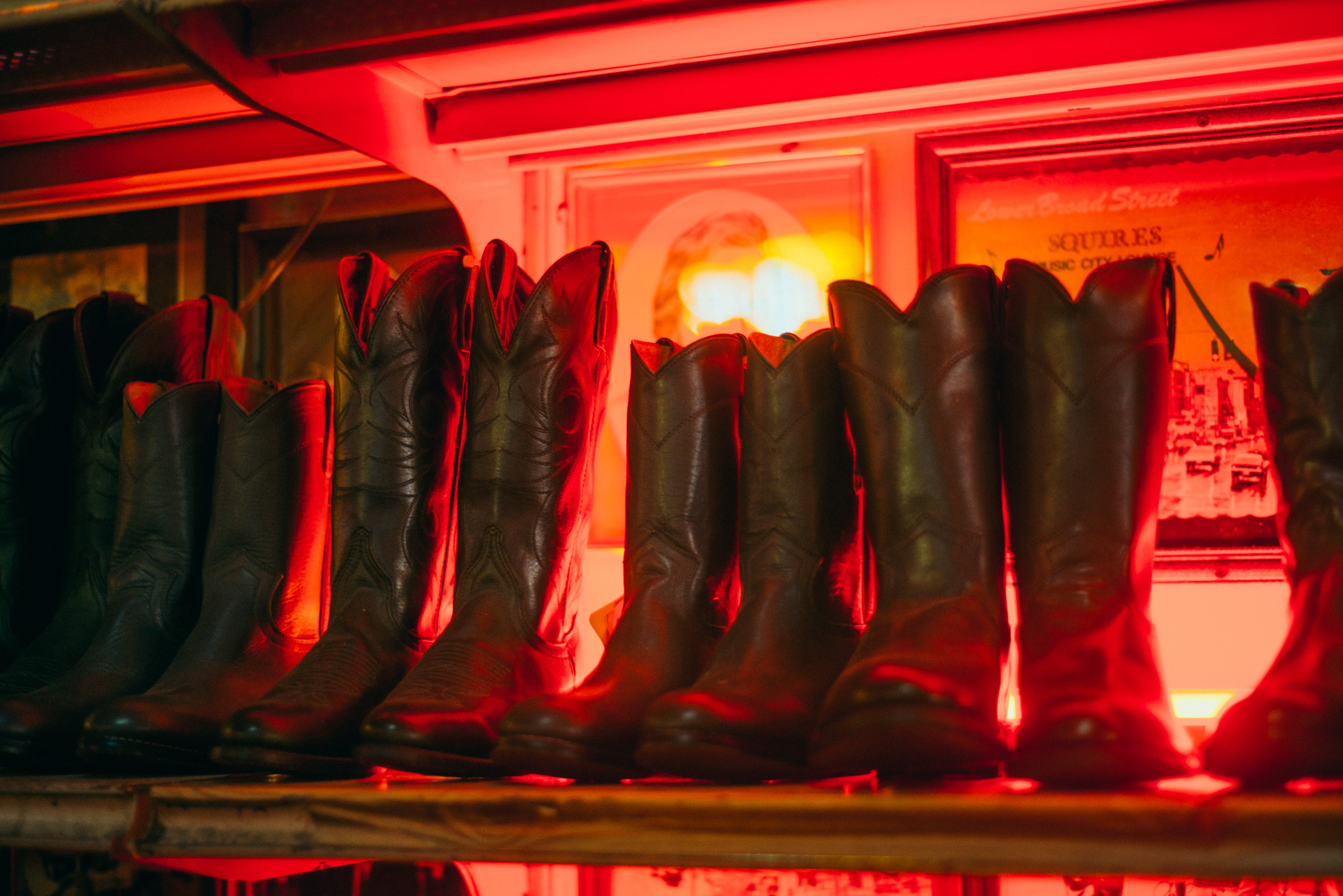 During the Dusty Road’s twilight years in the 1990s, Robert’s Western World, which was originally opened as western-wear store in 1991 by Robert Moore—a former manager at Tootsie’s and Lower Broadway fixture since the 1950s—would become the Madison Square Garden of Nashville honky-tonks.

Located in the former 1960s and ’70s home of the famed Sho-Bud Steel Guitar Company, the almost-always-and-easily-crowded shotgun-shaped showroom with the high stage, set below a mural depicting the likes of Dolly Parton, Marty Stuart, Brenda Lee and Roy Acuff, is a brick-and-mortar homage to western swing, and a time when the architects of country songwriting penned tunes that forever shaped American music in the Ryman alley. Besieged on all sides by bars blaring beige pop-country hits, it’s the go-to for anyone who wants to dance to the sounds of pickers plucking tunes by the likes of Hank Williams, Jimmie Rodgers, and Lefty Frizzell.

Jesse Lee Jones, who bought Robert’s from Moore when Moore retired in 1999, and leader of its house band, Brazilbilly, says he has at least one thing in common with Jake and Elwood Blues: he is on a mission from God. The Brazilian native, who came to America in 1984 without being able to speak a lick of English, despite growing up on a steady diet of Tom Jones, John Denver, Glen Campbell, Elvis, American movies and sertaneja—rural Brazil’s broken-hearted analog to country music—believes divine intervention brought him to Nashville in 1994. 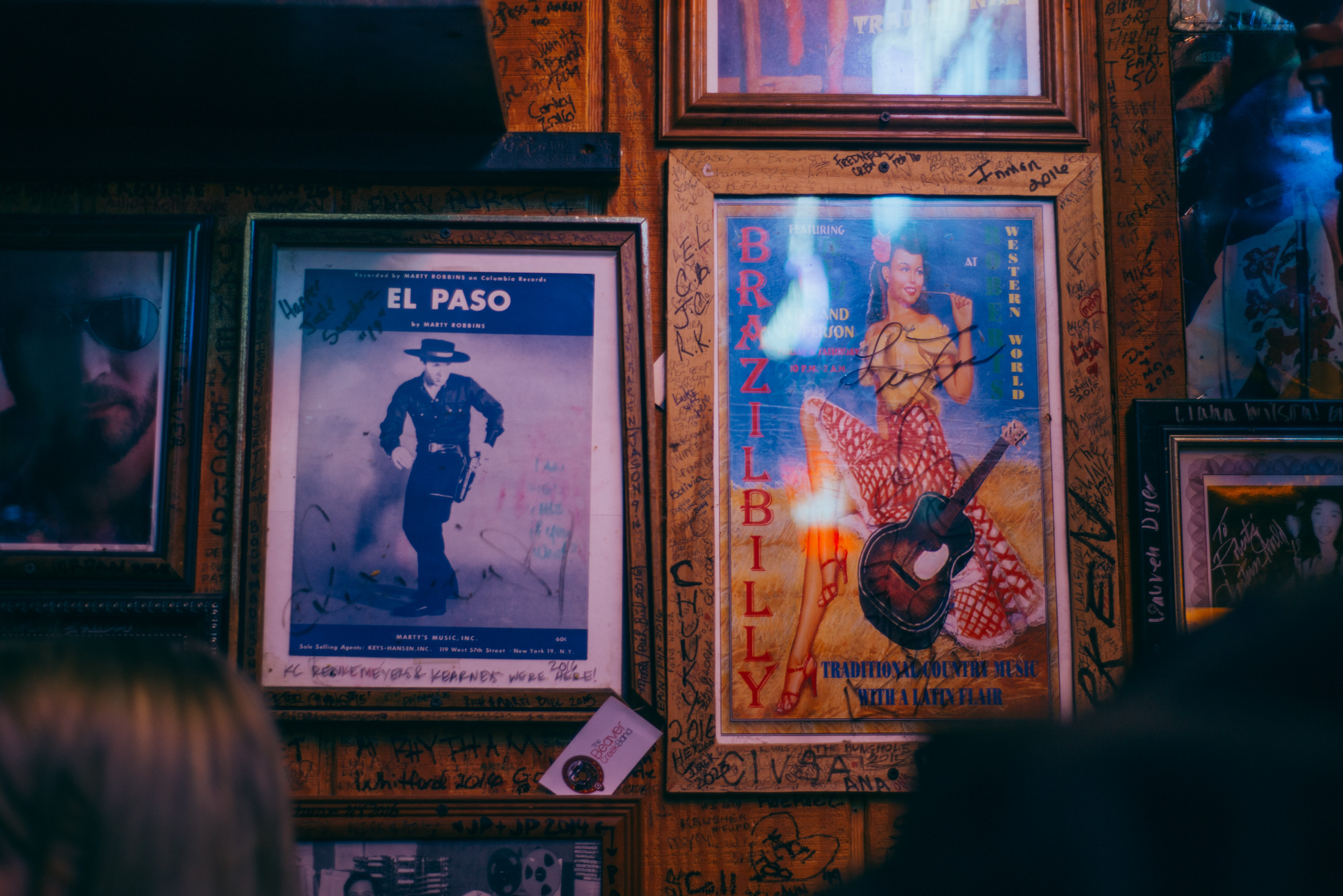 “When I started coming down here,” he recalls, “the place was still pretty rough, and a lot of the characters still hung out here.”

The “Brazilian Hillbilly” is a bar owner who’s never been a drinker, and who wears a pistol on his belt, even in his office in the middle of Wednesday afternoon. He’s a bit of a character himself—just imagine if cowboy country crooner Marty Robbins hailed from São Paulo and grew up a Mormon. But his goal in running Robert’s embodies the zealous preservation traditional country, rockabilly and honky-tonk culture has on Lower Broadway.

“There’s a lot of history left here,” he explains. “And that’s perhaps one of the things that upsets me the most, is that a lot of the history is gone because of all this new stuff coming in.”

That’s why he holds the atmosphere at Robert’s so close—it’s a way, he says, of making sure the past lives of the bars and music that came before still have a seat in the front row.

“[Musicians who] come in here, they’re gonna learn, because I’ll make sure that they do,” he declared. “We’re going to play the music that made Music City.” 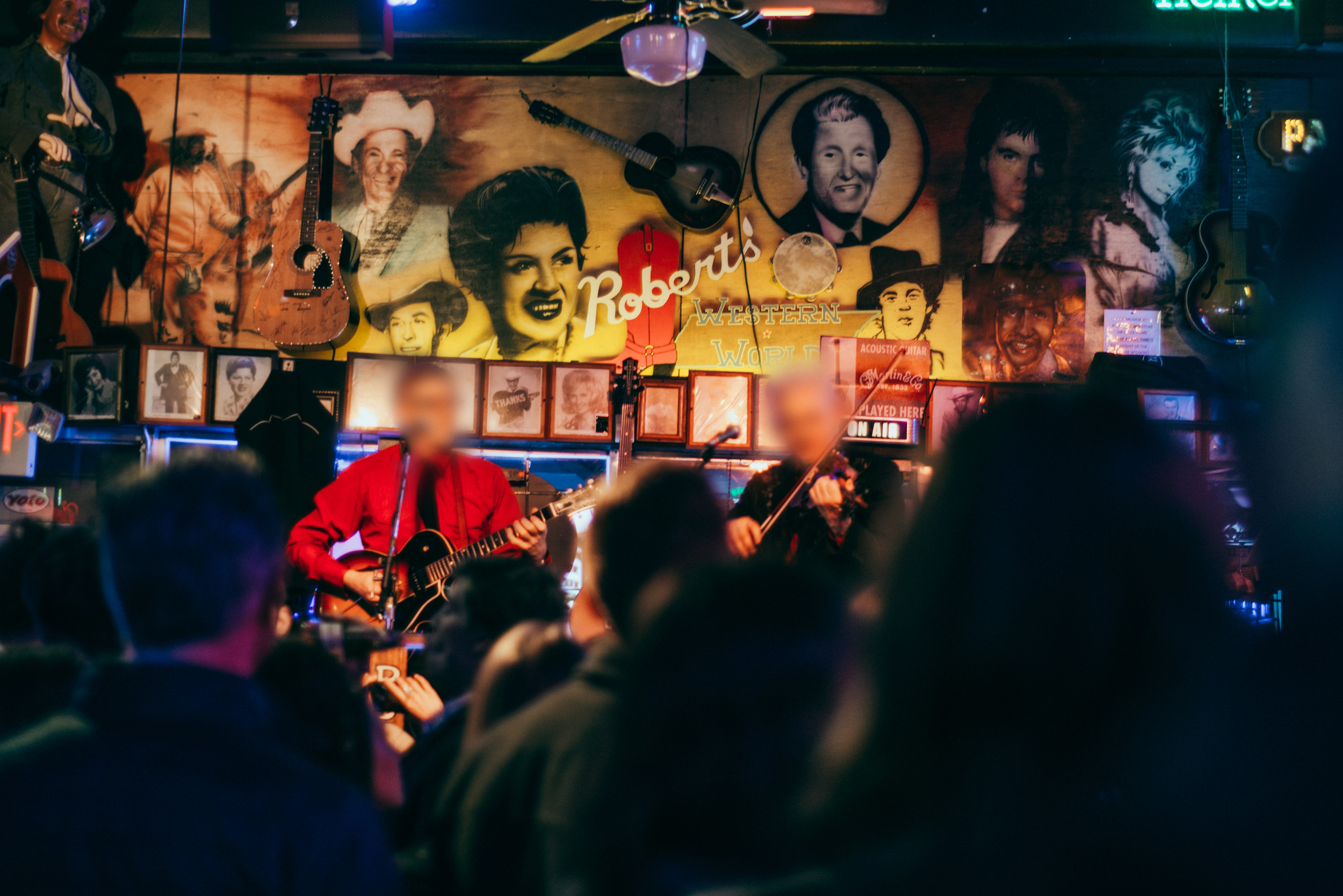