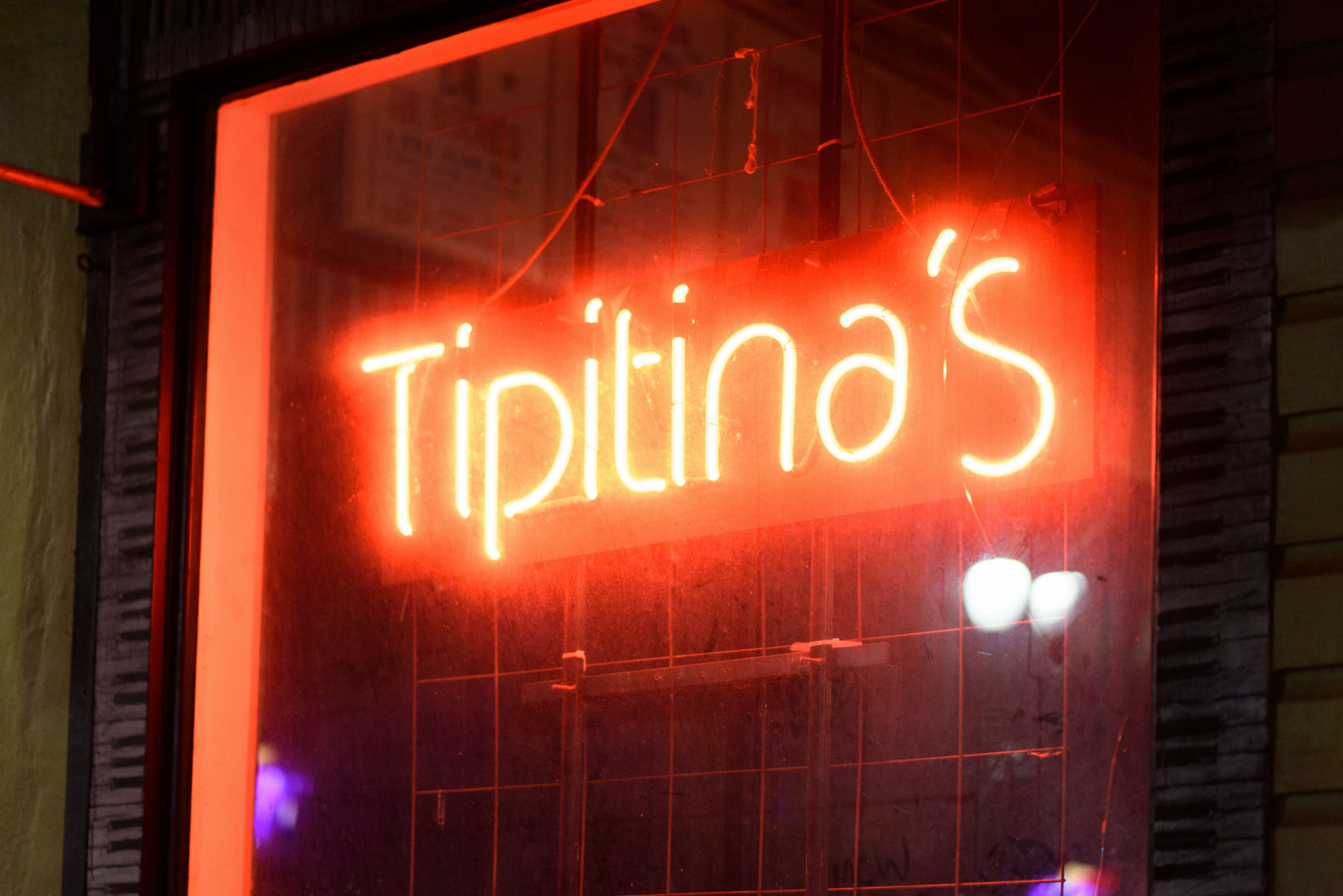 As a high schooler in the 1970s, Sonny Schneidau looked up to his older sister Georgia—nine years his senior—and tagged along frequently with her freewheeling group of friends around their hometown of New Orleans. Dubbing themselves “the Fabulous Fo’Teen,” their expeditions involved organizing and attending parties (often in costume) and concerts, many of which were organized by Georgia herself, who nicknamed these far-out soirees “Gator Balls.”

“Some of them were at her house,” recalls Schneidau. “Sometimes they’d rent a facility to put on these shows.”

One of the primary venues they rented out was the 501 Club, a no-frills neighborhood bar on Napoleon Avenue and Tchoupitoulas Street that attracted “all walks of life,” including working-class residents and traveling seamen, who were disembarking the ships at the nearby wharf. “People would pay a dollar, hang out and have fun,” says Schneidau.

When their friend Henry “Hank” Drevich found out the lease was available on the building, the group pooled their funds together (Sonny contributed $100) to purchase the dive. They revamped the space and re-named it Tipitina’s in 1977, in honor of the eponymous song by blues artist Henry Roeland "Roy" Byrd, better known as Professor Longhair or simply just “Fess.”

Fess had suffered some hardships years prior, and the founders were dedicated to helping him revive his music career. Fess was “one of the guys they really loved and respected more than anyone,” says Schneidau. “The idea was to open a place that he could call home and earn a living.” Other legendary musicians who performed at Tipitina’s in the early days include Tuts Washington, James Booker, the Meters, the Neville Brothers, Dr. John, and the Radiators—many of whom were influenced by the music of Fess himself.

Tipitina’s was one of a few music clubs and bars that would come to define New Orleans’ Uptown neighborhood in the 1970s—a decade in which the city found itself on the forefront of jazz and funk, perhaps more so than any other time period in its history. The Meters were rising stars—and to this day, the various spin-offs and other members of the Neville family are still beloved and highly sought-after performers. The annual Jazz Fest, which is about to celebrate its 50th anniversary, had formed just a few years prior, a telling inauguration then.

Sure, New Orleans had long been known for its nightlife, but the 1970s is when it would be solidified as a city that needed to be experienced by all. 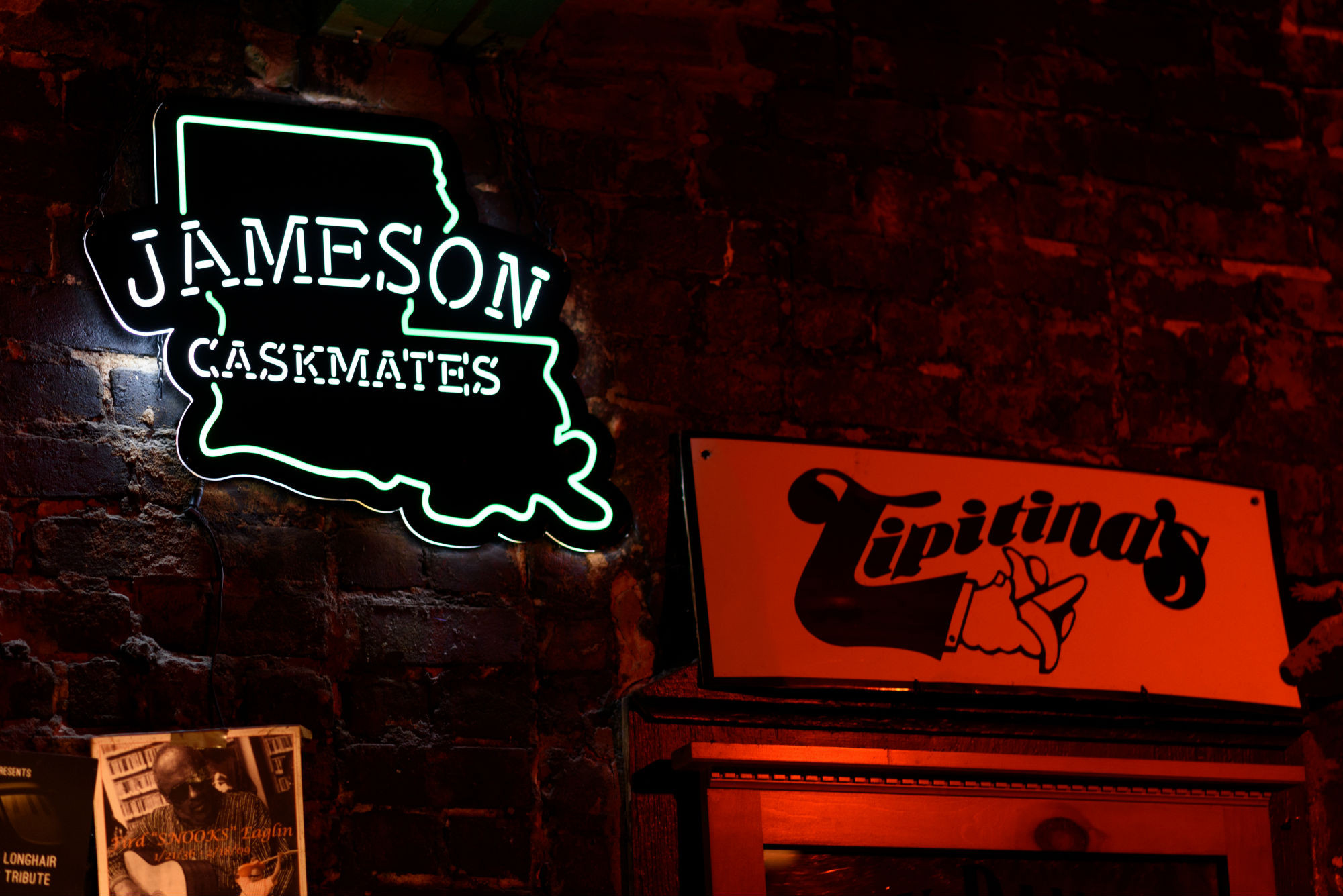 Inside Tipitina's in New Orleans. Photo by Shaquille Dunbar.

Since its inception, Tipitina’s has been a place that promoted diversity and acceptance. It has also undergone numerous changes in management and ownership: Most recently, the club was
purchased from longtime owner Roland Von Kurnatowski by the members of Galactic, who have been performing there for decades.

Current general manager Brian “Tank” Greenberg has been working at the beloved venue since the early aughts. Like Schneidau he worked his way up from the (now-shuttered) kitchen. “It’s a come-as-you-are type of place, as it always has been,” he says. While the demographics in the surrounding neighborhood have shifted and rent prices have increased, the club “is not fancy and shiny and new,” he says. “It still has authenticity to its character." 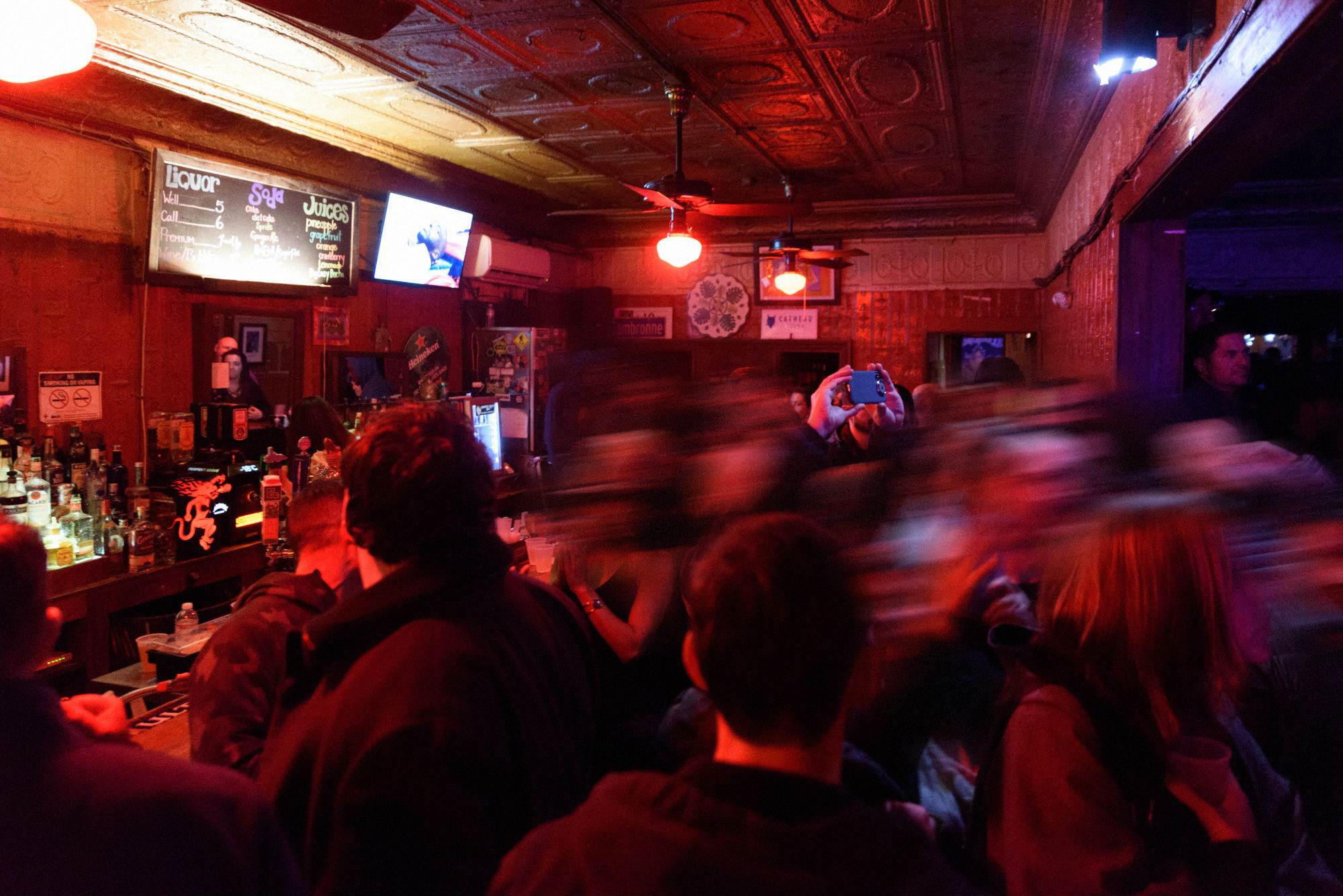 Inside The Maple Leaf in New Orleans. Photo by Shaquille Dunbar for VICE.

If you follow the Mississippi River’s bend further Uptown, past the picturesque Audubon Park and the neighboring universities of Tulane and Loyola, you'll find yourself at The Maple Leaf, another beloved live music venue and bar that opened in the ‘70s. Like Tipitina’s, “the Leaf” maintains much of its modest original character. The bar area is always packed, and on particularly busy nights, visitors frequently spill out onto Oak Street, where it’s not unusual to become a part of an impromptu block party. It’s also known to attract an eclectic clientele—a mix of students, young professionals, and aging hippies and artists who have been there since its early days.

The Maple Leaf, which opened in 1974, in some ways picked up where the erstwhile Jed’s University Inn left off. Jed’s was “a fixture” around nearby Tulane University in the ‘70s, recalls Alan Smason, a local journalist, arts critic and a former radio DJ who frequented the joint in its heyday. Originally, Jed’s had been a “biker bar” according to Smason, before its late (eccentric) owner Jed Palmer took it over. An article in The New York Times from 1976 noted it was “far from the tourist beat,” despite the roster of talented musicians who performed there—including the Meters, Lightnin’ Hopkins, Muddy Waters, and more. Over time, that star-studded lineup began to draw more visitors uptown.

“Jed’s brought people into Oak Street,” says Smason. “[Before that] it was a sleepy little shopping area during the daytime and pretty much closed up shop at night.” 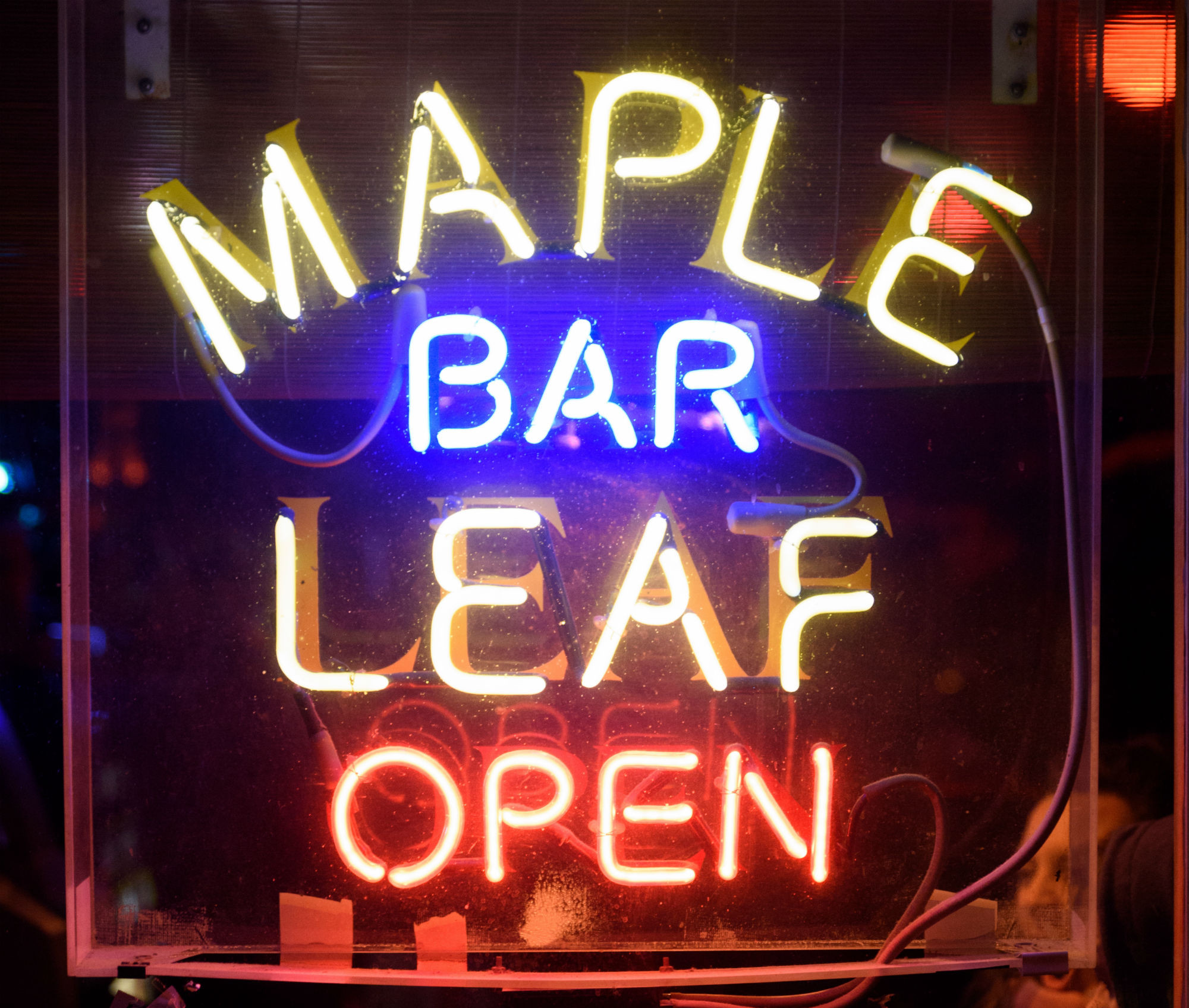 Maybe it is because of the fame that New Orleans funk and blues would come to have later, or the larger attention paid on more touristy, Mardi Gras-ready jaunts, but the 1970s is not always recognized for what it was: a time of creativity and experimentation in a post-Segregation era. In fact, for music scholar Melissa Weber, known amongst many by her moniker, DJ Soul Sister, it can be difficult to find literature on Uptown in the 1970s, as if it was lost in time. 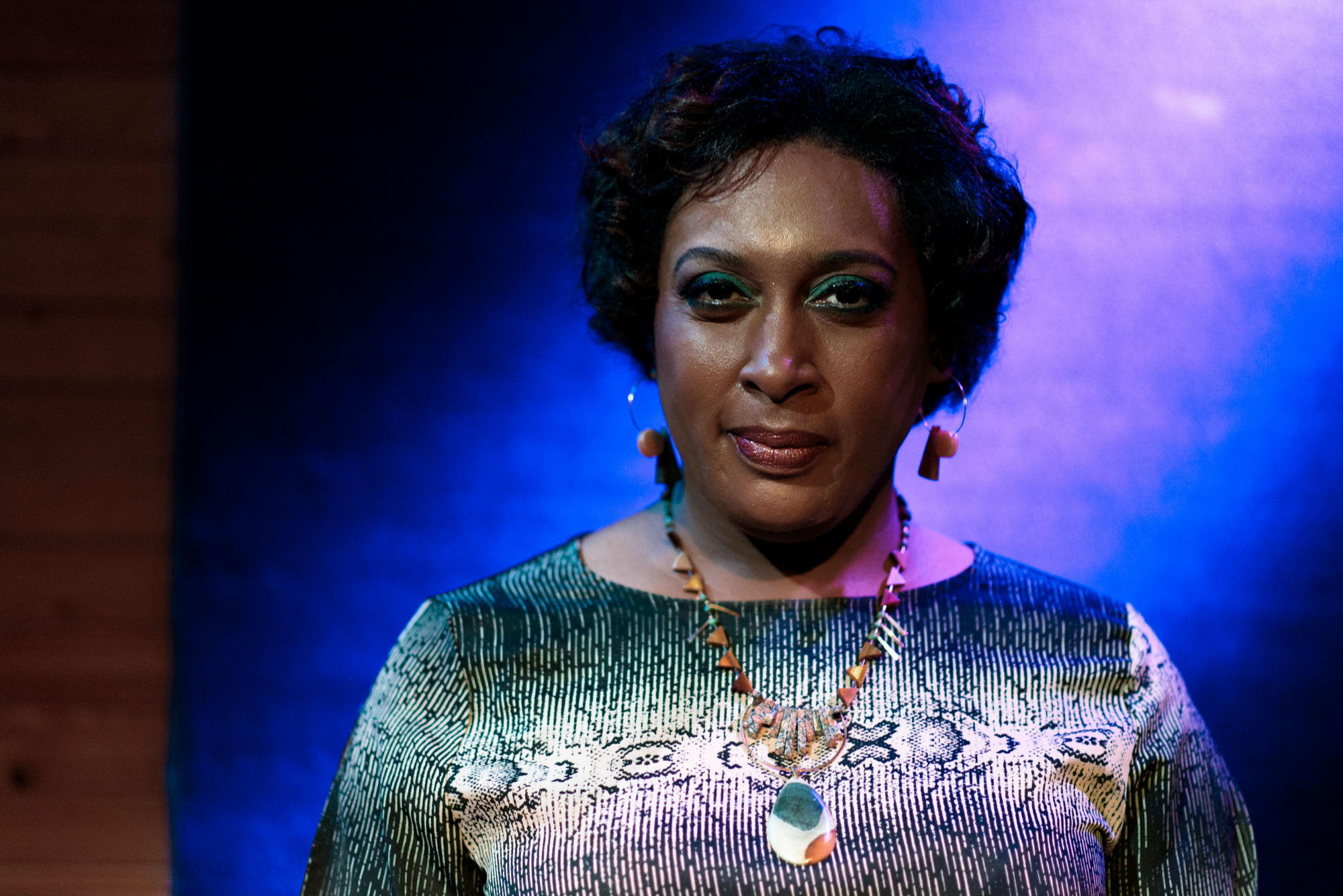 “Whether academic or journalistic, it sort of goes up to the early ‘70s and then drops out until you get to the ‘80s when people start talking about bounce music,” she says. “You have this whole decade where there’s not as much acknowledgement.” It may have to do, she suggests, with what was happening then—for a white audience, the genres of jazz and funk were heavily associated with African-American culture, and New Orleans, like the country over, was in the wake of the 1960s social movements.

“The ‘70s was not that far off from integration, so you’re still dealing with scenes and social spaces that were getting used to this,” says Weber, who is exceptionally interested in the music of Chocolate Milk, a funk and soul band that was particularly active in this era and often collaborated with Allen Toussaint. 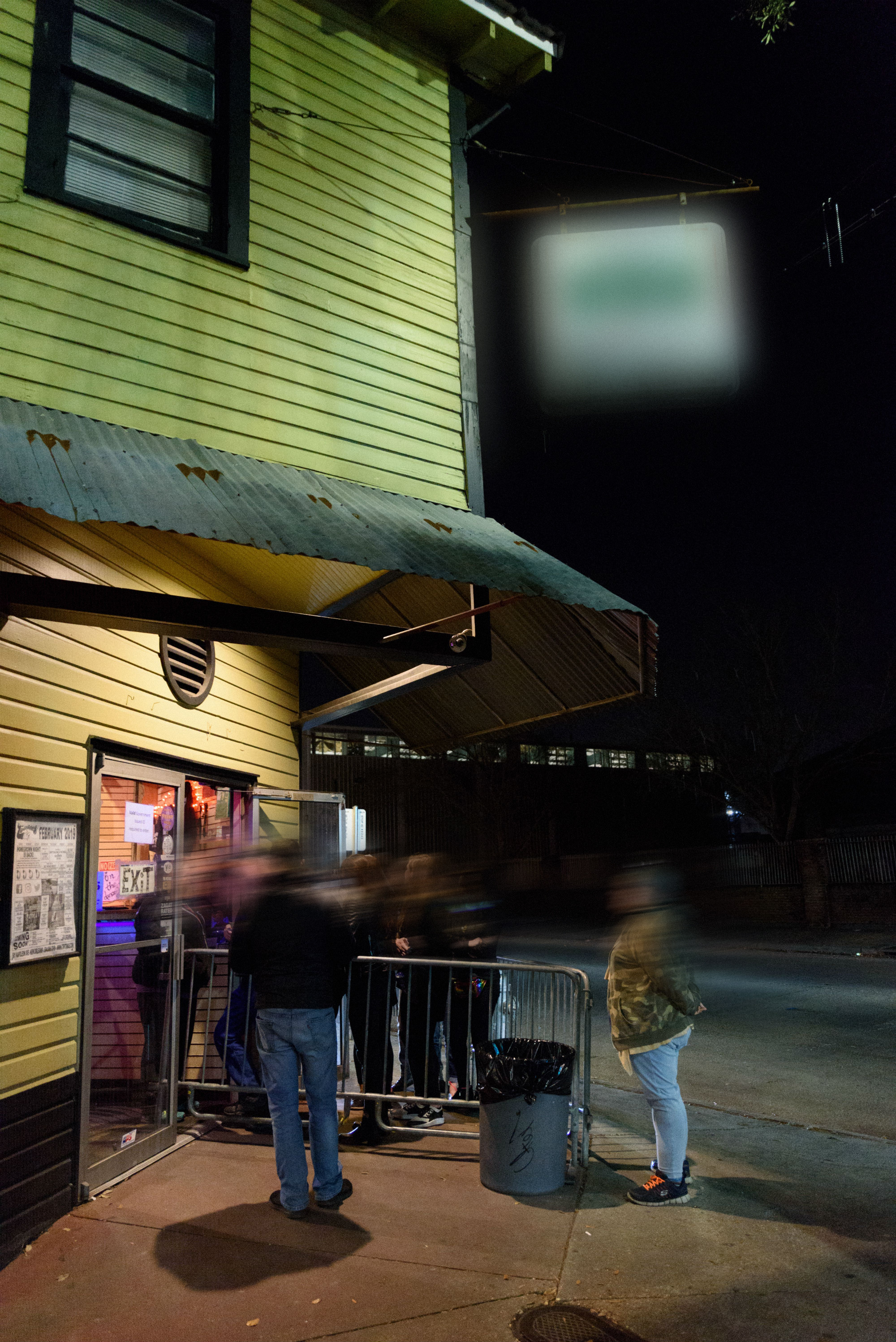 Perhaps it’s important, then, to keep the spirit of the ’70s alive in NOLA, through the bars and clubs that paved the way, and the local dives that are still going. And, maybe, even try to do what DJ Soul Sister does: pay homage to it. As a respected local guardian of this era, she continues to track down the rare grooves of the time period since her early days when she started spinning tracks in the ‘90s.

“In addition to it having a warmer sound, it has a warmer feeling, so it’s not just the sound coming out of the speaker—it’s a feeling; it has to be positive and fun,” says Weber. “Those are the types of song I gravitate towards. When I play music and most of it is from the 70s and mid-80s, it just feels good to people. Whether they know it or not.” 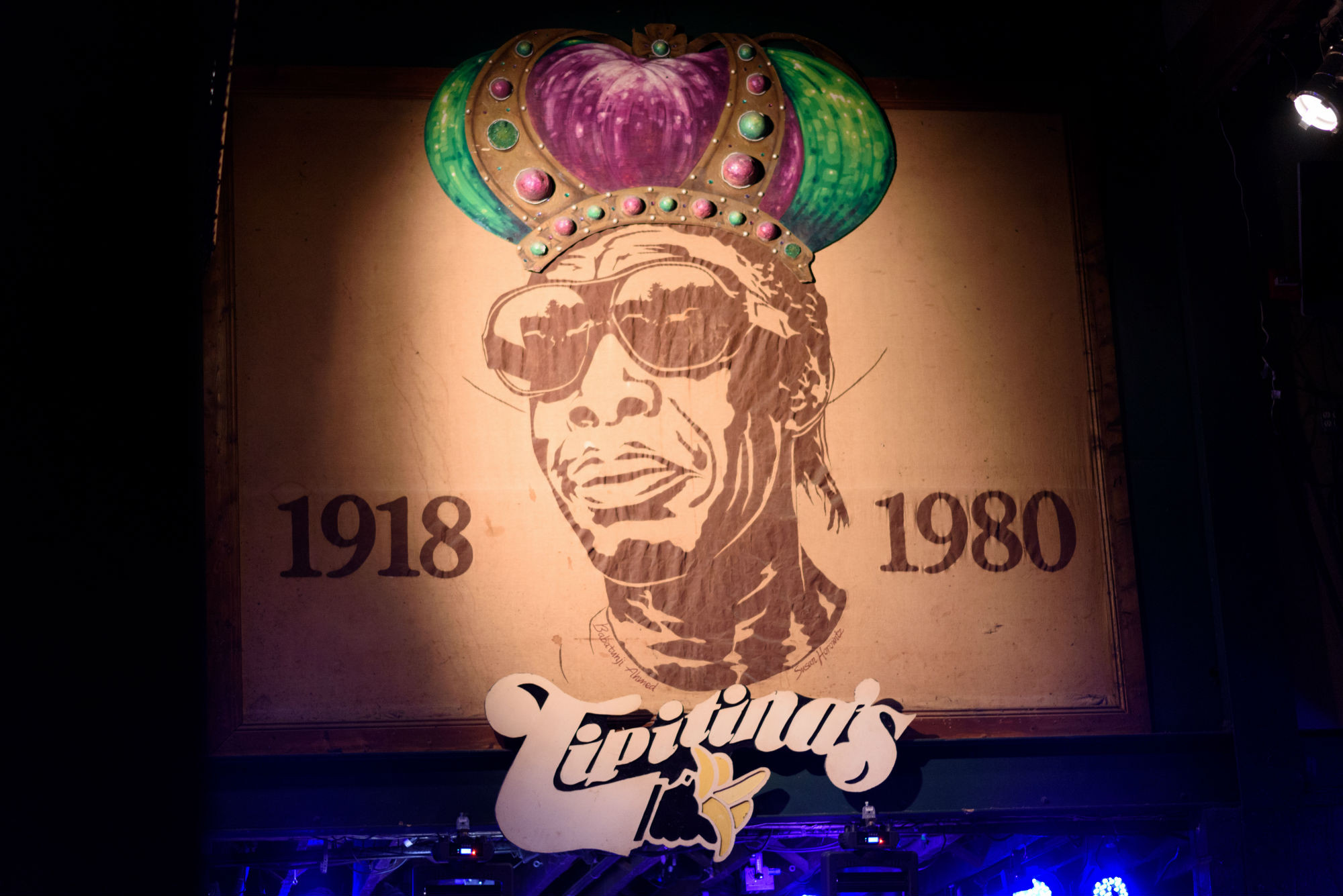