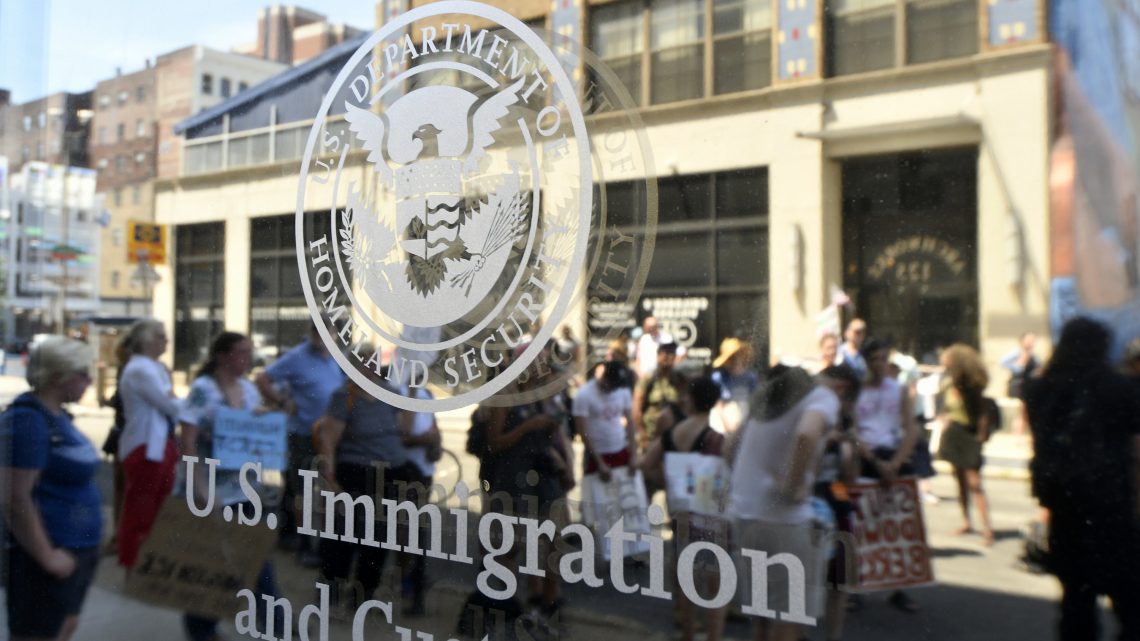 ICE’s Rapid Expansion Has Led to Chickenpox, Quarantines, and Desperation

Last month at the Denver Contract Detention Facility in Aurora, Colorado—an 1,100-bed immigrant detention center notorious for frequent chickenpox outbreaks and poor medical care—immigration attorney Laura Lunn started hearing murmurs from guards that the facility’s owner, private prison company GEO Group, was preparing to open a second location next door. Guards had speculated about this before without anything coming to pass, but this time Lunn was shocked when the adjacent vacant building was filled overnight with hundreds of people. Within weeks, chickenpox and mumps had broken out in both facilities and 261 people were placed into quarantine.

“We have multiple quarantines in both facilities,” said Lunn, managing attorney of Rocky Mountain Immigrant Advocacy Network’s Detention Program, which conducts intakes at Aurora five days a week. Lunn explained that the residents sleep in dorms, so if one is sick his whole dorm faces a quarantine, which typically lasts about a month. “When there’s a quarantine, attorneys cannot meet in person with their clients so there’s only telephonic access, and the people who are quarantined can’t go to court.”

Last week marked the fourth chickenpox outbreak at Aurora since December, Congressman Jason Crow told the media after GEO staff turned him away from visiting the facility. And the proliferating infections are just one jarring consequence of Aurora’s rapid expansion, itself caused by the federal government detaining more immigrants than ever before.

The GEO Group may have carried out its expansion without obtaining necessary licensing. The new building has no apparent license from the City of Aurora, according to documents obtained by immigration attorney Danielle Jefferis in an open records request.

“Based on the records the city provided to us there was no license for that address,” said Jefferis, an attorney at De Novo Legal and the Denver University Civil Rights Clinic’s clinical fellow. “Does that mean they didn't comply with local health inspections and safety inspections? Why are there these regular outbreaks? This shows a lack of concern for human lives.”

A spokesman for the GEO Group said that the company’s license included the new facility and claimed that “there was no expansion or annexation.”

“The Aurora ICE Processing Center has always had 1,532 beds, including 432 beds that were not previously being used but had always been available to ICE,” the spokesman said in an emailed statement, adding that GEO Group had a license for the entire parcel of land, including the new building. “The entire 1,532-bed Aurora ICE Processing Center is taxed by the City of Aurora as one parcel.”

A staff member of the City of Aurora Business Licenses confirmed that the GEO Group does not have a license for its second location, at 11901 E 30th Avenue, and said that each address must have its own license so it would be impossible for the whole parcel to have one license.

The GEO spokesman referred VICE to Immigration and Customs Enforcement regarding the health concerns and other complaints about the facility.

An ICE spokesman did not comment directly about the quarantines at Aurora but said in an email that ICE is committed to ensuring that everyone in custody receives timely access to medical services and treatment. He said that all ICE detainees receive medical, dental, and mental health intake screening within 12 hours of arriving at each detention facility, a full health assessment within 14 days of entering ICE custody or arrival at a facility, and access to daily sick call and 24-hour emergency care. ICE’s Office of Detention Oversight (ODO) serves to conduct independent oversight of detention conditions for ICE detainees, he said, which ensured the agency’s “high standards for care are met.”

But Jeffries said that the Aurora facility could do much more to address the outbreaks or prevent them from happening in the first place: “They could require individuals receive necessary shots/vaccinations upon arrival at the detention center," she said in an email. "They could have mandatory regular visits with medical professionals to catch problems early on. They could release individuals to their families during recovery, along with an ankle monitor, with ICE approval, during recovery.”

Lunn said the expansion has made it nearly impossible for local attorneys to keep up with the increased need for services. Her organization typically screens 100 detainees weekly at Aurora but recently met with 100 people there in just one day.

“I hear story after story of people having family members murdered and being threatened with their lives,” said Lunn. She said Hondurans who worked for the previous government and Nicaraguans fleeing the nation’s political turmoil were among the populations at the facility, but that people also came places including Asia, Africa, South America, Mexico, and other Central American nations.

Aurora is just the latest addition to ICE’s immigrant detention system, which currently includes about 49,000 beds. And the system is about to grow even more: Congress voted this month to fund an additional 5,000 beds this fiscal year as part of a bipartisan deal to keep the federal government operating. That represented fewer beds than the Trump administration had wanted, but ICE will likely try to add far more by cutting corners elsewhere, former agency officials predicted.

One of ICE’s top cost-cutting strategies is adding beds to already-existing facilities as it did at Aurora, said Sandweg. This way ICE gets a “volume discount like at Costco,” he told VICE.

“Typically GEO and CCA will say the first set of beds are a certain rate and then throw in an additional 500 for a discounted rate,” said Sandweg of the US’s two largest private prison companies, which run many immigrant detention centers. With discounts, the cost may plummet from $90 per bed to as little as $20 per bed, incentivizing expansion, he said.

ICE also can save money by loosening its health and safety standards, said Sandweg, who recalled that every time the agency imposed new national standards, detention providers would increase the price of their services.

“At the end of the day you're balancing cost and efficiency against detainees’ rights,” he said.

Additionally, ICE can divert funds from other agencies within DHS to increase its detention capacity. ICE diverted over $200 million for detention last year from other parts of DHS, including the Federal Emergency Management Agency (FEMA). These strategies enabled ICE to increase its bed count to 49,000—in spite of congressional funds providing for only 40,520 last fiscal year.

Even the amount Congress has allocated far exceeds what is actually necessary to detain people who pose risks to society, said Sandweg. “The whole system is backwards. We should have a detention system that is based on risk and ICE should have as many beds as for individuals who are dangerous or pose a flight risk,” he said. “There’s no way if you had an objective risk-based analysis you'd be detaining that many people.”

Instead, the Trump administration’s approach has been to broaden its enforcement priorities to include anyone in the US without papers. This has radically increased the number of immigrants behind bars without criminal records: Fifty-eight percent of those detained had no records last June, according to a report by TRAC. Four out of five either had no criminal record or had committed a minor offense, like a traffic violation.

An ICE spokesman said that the agency indeed was “continually reviewing its detention requirements and exploring options that will afford ICE the operational flexibility needed to house the full range of detainees in the agency’s custody.”

“Ensuring there are sufficient beds available to meet the current demand for detention space is crucial to the success of ICE’s overall mission,” the spokesman said, noting that the detention space served to help implement Donald Trump’s Executive Order Enhancing Public Safety in the Interior of the United States, which increased the categories of immigrants priorities for detention.

ICE feels pressure to detain more due to its broadened enforcement priorities, said one former DHS official who served under the Trump administration and spoke on condition of anonymity. “Their operational mandate is, ‘These are your parameters on who you need to put in custody,’ so their operational tempo outstrips the budget for them,” the official said. “Particularly for the rank and file it’s not their issue to get terribly worked up about where the money comes from. They just say, ‘If anyone fits this profile we’re going to put them into custody.’”

“It’s a cyclical situation that you have to use the funds to be able to justify why you have them, and it furthers the administration’s narrative that there is this immigration crisis in the country,” said Prendergast. “But these aren't just beds we are filling. These are human beings that are losing a period of their life.”

At Aurora, even amidst the quarantines and severe lack of services, residents pour into the legal screenings each day, desperate for guidance.

“People share the most intimate details of their lives, knowing we only have five minutes to talk so they can try to get legal representation,” said Lunn. “As soon as you walk in the room and see a sea of people waiting for you want to make sure everyone has the opportunity to meet, but it can be overwhelming.”

AOC’s Green New Deal Pricetag of $51 to $93 Trillion vs. Cost of Doing Nothing