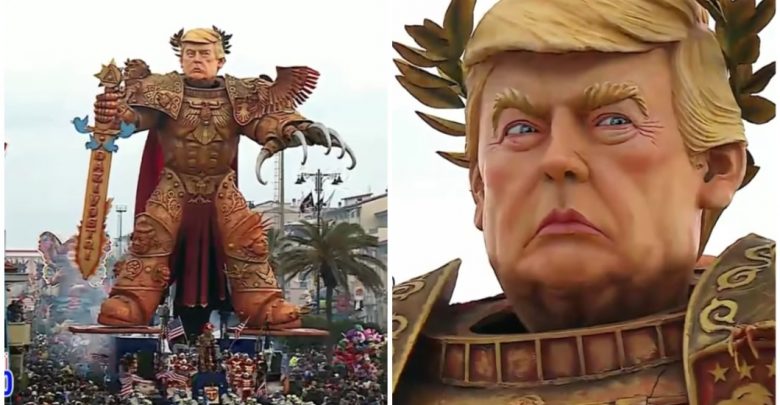 One time I was in Austin, Texas, as an anime convention rolled into town. I ended up at some Russian vodka bar with my friend, and the only other guy sitting there had a giant drawing from Warhammer 40,000—a tabletop game played with tiny figurines and dice, set in a dystopian universe—that he'd bought at the show. Anyway, we started talking to this guy, Jayden, and it turned out my friend knew a ton about the game. If you don't know the plot of 40K, it is, as I learned that night, about a "god emperor" who's kept alive by a special throne and a bunch of factions who kill each other in comically large numbers. The tagline has to do with a "grimdark" far future in which there's war all the time.

We talked to this guy for several hours, before he started getting super drunk and ranting about how Texas was the only economically self-sustaining state. Then my friend, whose dad is a cop and also knows a lot about weapons, mentioned that our new comrade had the outline of a handgun in his pocket. Though the proudly conservative anime nerd we met that night was named Jayden, I will forever refer to him in my head as Jade Helm. We left the bar, I eventually came back to New York, and at one point I tried to watch a bunch of explainer videos about 40K. I almost immediately lost interest, because the lore is insanely hard to follow and way less interesting when you're not drinking vodka and otherwise taking in the local flavor in Austin.

Lost interest, that is, until now. Apparently some artist in Italy turned Donald Trump into a 65-foot-tall puppet version of 40K's aforementioned "god emperor" for Tuscany's Carnevale Di Viareggio, which means thousands of people were treated to one of the strangest sights I've ever laid eyes on. Behold:

Is this some kind of MAGA tribute? Is this satire? Did Jade Helm move to Europe and commission an Italian man to make this monstrosity? I don't know! At first blush, everything about this truly bizarre puppet that someone built, for some reason, doesn't make any goddamn sense.

But apparently, the artist behind the thing—Fabrizio Galli—intended it to be a kind of protest piece, or at least a dig at Trump's presidency. In an interview with Italy's NOI TV, he explained the meaning is basically tied up in that big-ass sword, inscribed with the words "dazi vostri"—or, translated roughly to English, "Here's your fucking tariffs"—and outfitted with a few Twitter logos, for whatever reason.

"He brandishes this weapon of the economy, it says ‘dazi vostri,'" Galli told NOI TV. "It's a joke, but in fact, he’s trying to destroy nations with the economy instead of nuclear missiles. This is one of the strongest actions, let’s say, that powerful people like Trump can use.”

Does that make a lick of goddamn sense? Not really, but hey—that's pretty much all Galli said about the thing, so I guess we're SOL. Suppress your impulse to try to parse out what the hell this thing is supposed to signify, and instead treat yourself to these deeply, deeply disconcerting images: 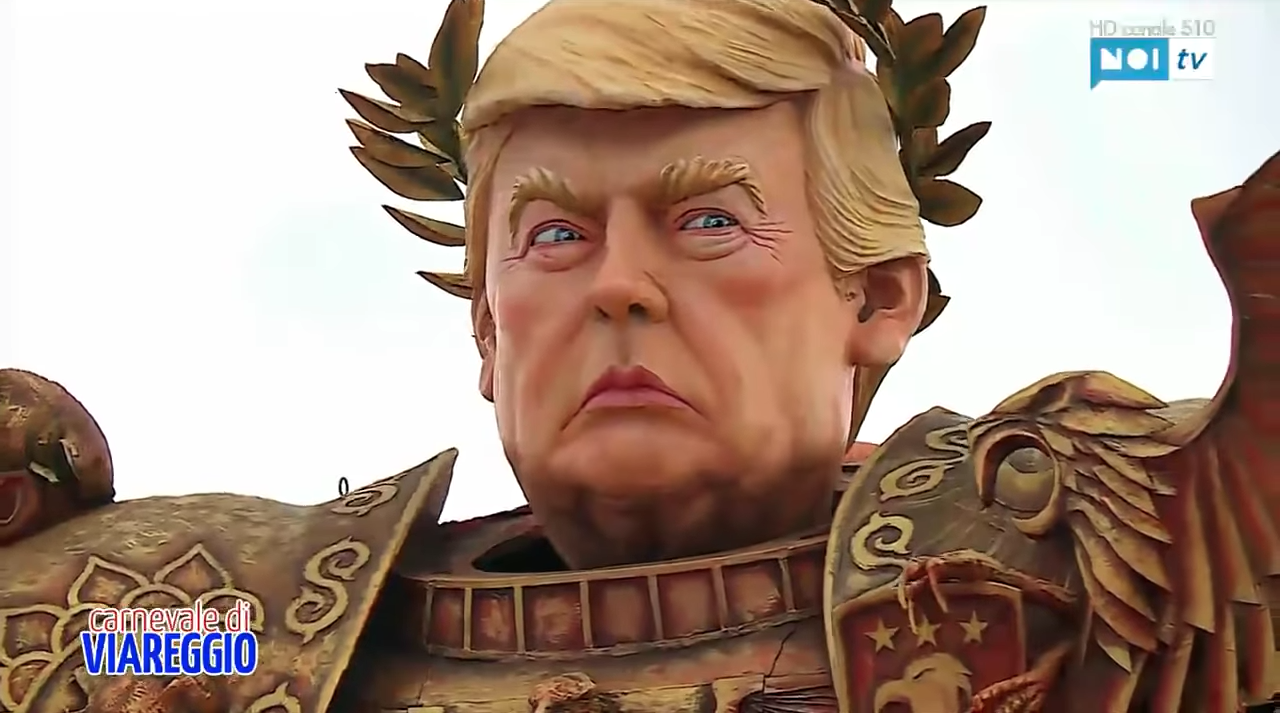 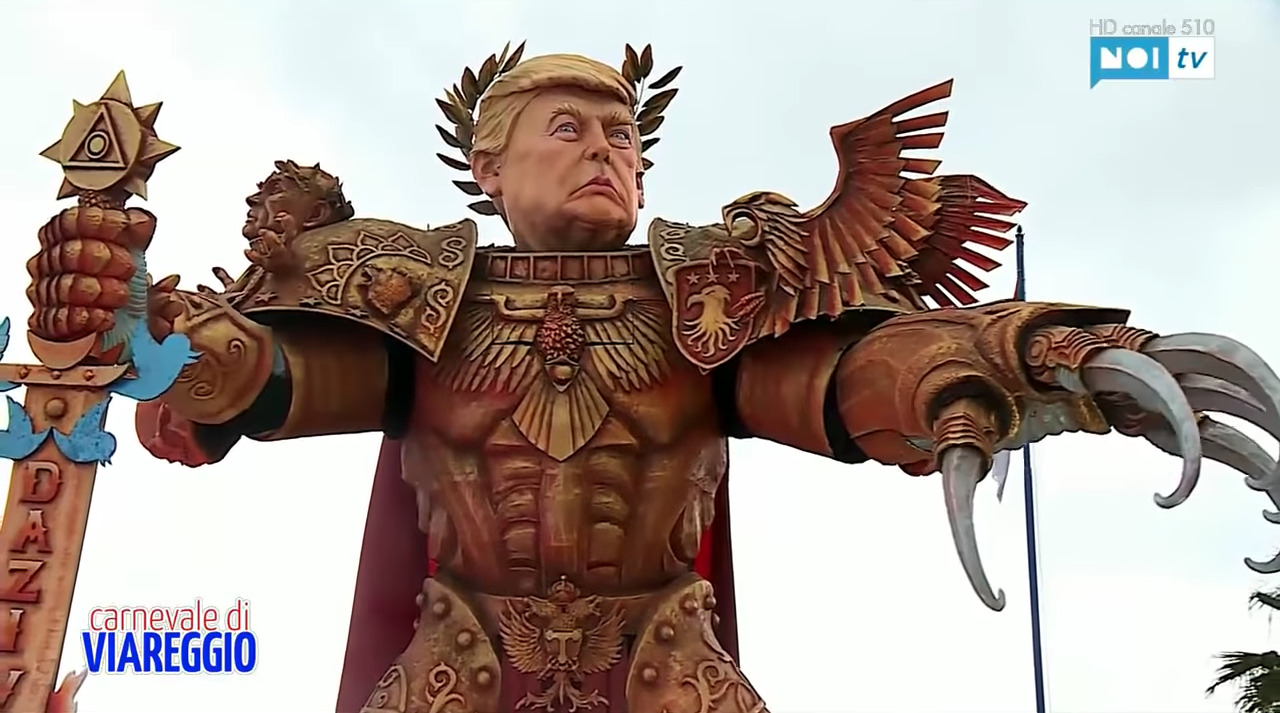 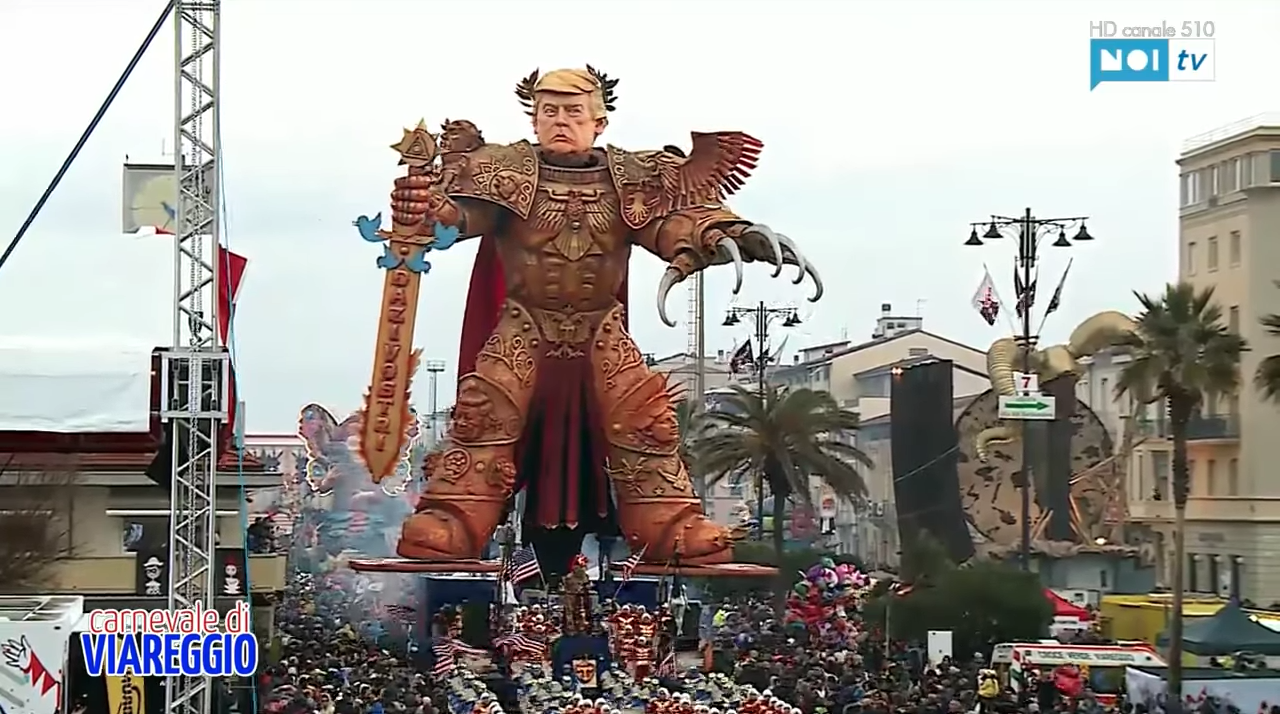 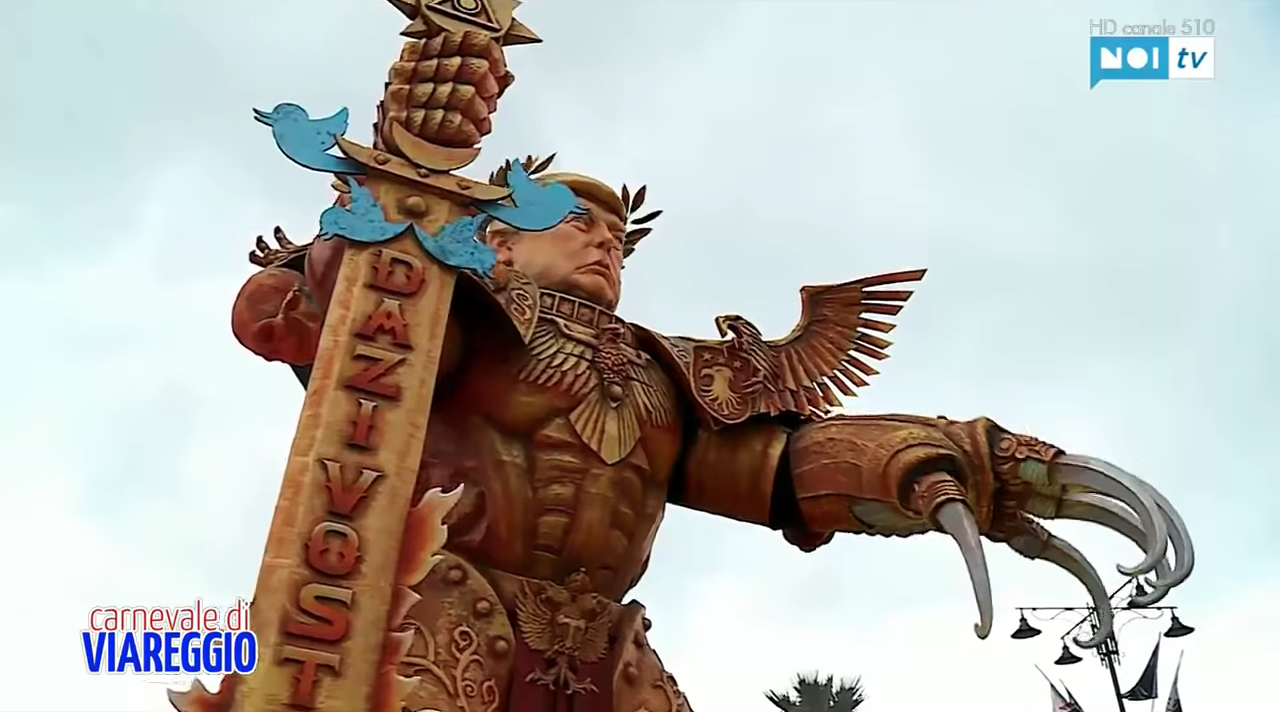 Welp, I guess that does it. Happy Carnivale Di Viareggio, everybody!

Photos of the Side of Havana That Most People Never See

Lena Headey’s Next Big Role Is a Pop-Punk Wrestler