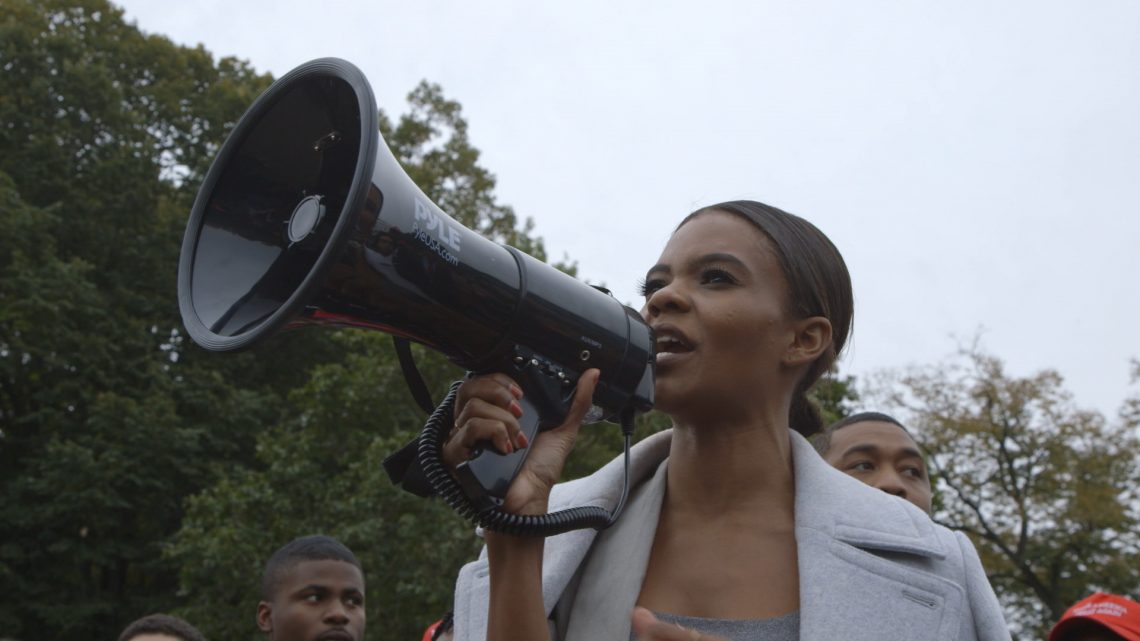 Black Republicans Told Us Why They’re Sticking with Trump

There have always been black Republicans, but for decades they have been a tiny minority. This isn’t a coincidence: The GOP has focused on courting white voters rather than people of color and routinely supports cuts to programs that benefit the poor, who are disproportionately likely to be black; at times, Republican figures have slipped into outright racism. According to Pew, just 14 percent of black male voters and almost no black female voters cast ballots for Donald Trump in 2016, and exit polls found that 90 percent of black voters supported Democrats last year.

The Trump era has given black people even more reasons to reject the president’s party. When Utah’s Mia Love—one of the few black Republicans in Congress—lost her reelection bid last year, she criticized Trump and the “transactional” way politicians treat black voters, saying that Democrats “at least make them feel like they have a home.” Kanye West’s weird and brief foray into conservative politics ended when he basically told his Twitter followers that he was being used by the Republican Party. And Tim Scott, the only black Republican in the Senate, has recently criticized his party’s handling of race. But there have also been visible examples of black people who have embraced Trump, from Housing and Urban Development Secretary Ben Carson to Candace Owens, a shit-stirring activist Trump has personally praised. These black conservatives are notable not because they hold particular sway in the Republican Party—which is predominantly white and male in both Congress and the Trump administration—but because it prompts a kind of double take. Why would any black person step forward and support Trump?

For Republican strategist and political commentator Rob Smith, a gay black veteran who was an anti–Don’t Ask, Don’t Tell activist, the breaking point came after the 2016 Pulse nightclub shooting in Orlando. Smith felt that the Democratic Party didn’t appropriately condemn what he calls an act of “radical Islamic terrorism” (a common critique leveled by conservatives and Trump). He felt the party’s approach was too politically correct. “They [Democrats] seemed so concerned with not offending people who may be Muslim. They seemed so concerned with parsing their speech that I just thought it was so weak.”

This narrative is a common refrain among conservatives, who oppose illegal immigration—and sometimes support cuts to legal immigration—on the grounds that they believe it drives down wages. (The evidence for this is mixed.) And my uncle agrees with it.

Like most black families, my household has been solidly Democratic my whole life. For a very short period of time, my father joined the GOP on the grounds that as a small business owner he wanted lower taxes, but he soon switched back. To this day, he and my uncle Grant Vanderpool—a rare black Republican—go back and forth on Facebook about politics: My uncle harangues my father with examples of weak Democratic Party policies, and my father fires back with articles about Trump’s racism.

I interviewed Vanderpool, a mental health technician living in Virginia, because I wanted to know more about why he was a black Republican. He told me that one of the reasons why he stands behind Trump is because of the president's stance on the border. Although Vanderpool says he is 100 percent fine with legal immigration, he believes in tighter border security and thinks that Trump’s border wall is a good idea. “I don’t think anyone should be able to just walk into a sovereign nation—you can’t do that anywhere in the world,” he said. “We set the immigration laws as Americans and people should follow and respect our laws and if they can’t do that then there’s a problem.”

Vanderpool also has a suite of other Republican-leaning views, including opposition to abortion, high taxes, and government overreach. The 56-year-old officially stopped being a Democrat during the Bill Clinton years, when he was on active duty in the Army and felt like the Monica Lewinsky scandal was contrary to the discipline of the military. “The Clinton-Lewinsky thing was the final straw but before that, I think the things that the party stands for was going in another direction,” he told me.

His dislike for government and the pro-choice movement are among the top arguments made by black Republicans on the Blexit Twitter page. Blexit is the brainchild of Candace Owens, who emerged from the right-wing campus group TPUSA as a combative speaker with an aggressive own-the-libs style approach. Owens has bashed the #MeToo and Black Lives Matter movements and reportedly said Kanye West helped create the Blexit logo before claiming that those reports were a “lie” and apologizing to West. More recently, she was widely condemned after saying, "If Hitler just wanted to make Germany great and have things run well, OK fine" while explaining why she thought the Nazi leader wasn't a nationalist. Many of the videos found on the Twitter page call Blexit a movement for “free thinkers” and claim that there is a sort of mass exodus of black people “waking up” and leaving the Democratic Party. 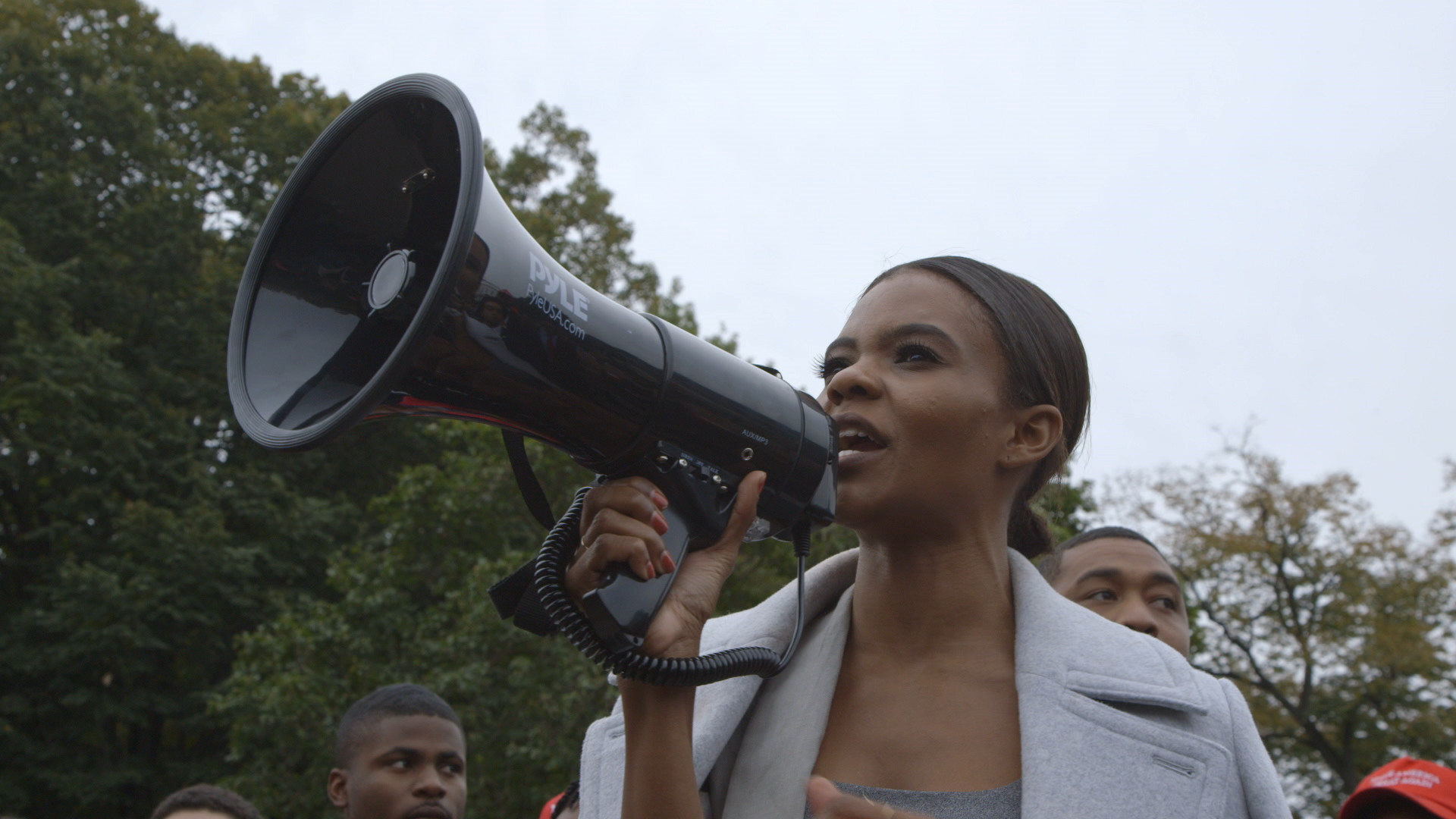 Candace Owens at the Young Black Leadership Summit in October

According to Henry Fernandez, CEO of the African American Research Collaborative, this exodus hasn’t manifested. “Every decade or so we do see there is a new well-funded effort to attract black voters to conservative ideas and to the Republican Party,” he said. “But that always fails.”

That doesn’t meant Democrats have always done right by black voters. Yvette Simpson, a former Cincinnati City Council member and the CEO of the progressive PAC Democracy for America feels that white Democratic politicians have a set formula that often feels contrived. “Traditionally white Democrats interact with black voters by going to church, getting in the pulpit, and saying a whole bunch of things black voters want to hear,” she said. But once the ballots have been cast, some of those politicians don’t revisit those same black areas and don’t deliver on the promises they made.

This has some echoes of the critique Smith makes in a video showcased on Blexit’s homepage in which he says, “I am sick of seeing black people getting killed in cities like Chicago because they get the same messages over and over that the only things that can uplift us as black people are the same failed Democratic policies that have been pushed on us for the past 20 years.”

Simpson says that politicians need to stop treating all black communities and black voters as if they all have the same needs. “I think what needs to happen as we move forward is an understanding that black votes are not guaranteed,” she told me. “Democrats have to work for black voters and understand that the black community is not monolithic—we all have different needs from our leadership.”

To that end, although Simpson believes there are things that Democrats need to work on to help the black community, she thinks that Democrats have historically done a better job than Republicans on at least aligning with equal rights and social economic justice. “Going through history, the black community has suffered under Republican leadership, and it has suffered under Democratic leadership, but to a lesser extent. But I think the question shouldn’t be, Which party do I run to? The question should be, How do I put pressure on both sets of leadership so the black community should get what it really needs?”

On a demographic level, black voters are likely to stick with the Democrats. But it’s a big country with as many different opinions as voters. My uncle isn’t switching sides because of Trump; he told me that being a black Republican makes him feel empowered to control his own destiny. But the political message that attracts him won’t work on all black people. I asked my father why he left the GOP and he said that he just couldn't understand the party's positions on race. “At first, I saw it as an opportunity to surround myself with people who have the same business beliefs as me," he said. "But shortly after, I realized that a tax break was not worth sacrificing the rest of my views as a black man.”