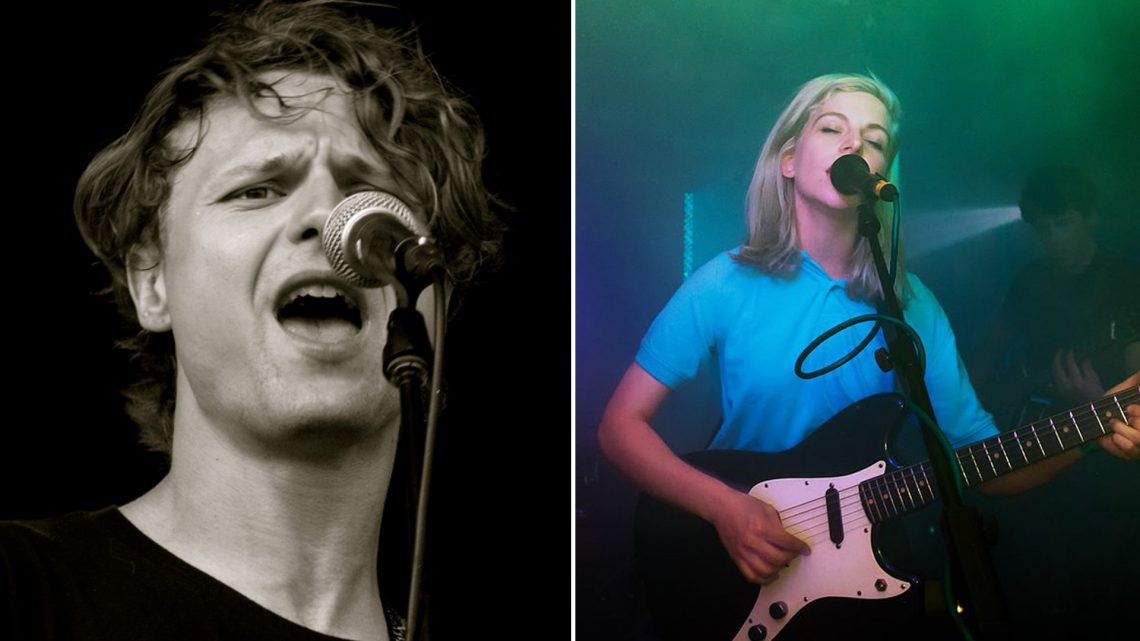 The Music Industry Should Follow This Label’s Mental Health Initiative

Over the past several years I’ve formed relationships, experienced unforgettable moments, and seen more of the world than most will in a lifetime, all because I’m in a touring band. Still, despite all this, I tend to come home wondering how long I can keep doing it. When you struggle with your mental health, life on the road is that much harder. Being shoved into cramped vans for hours on end; having to sleep on a strangers’ floors while your air-mattress slowly deflates; exclusively eating dollar-menu fast food; coming home with slightly less money than you’d be making at a part time, minimum-wage job. You willingly throw yourself into a cycle of endless days and overnight drives, praying the driver doesn’t fall asleep at the wheel. On those nights in particular, I usually curl up, staring out the window and think, I could die tonight. So is it even worth it?

Most musicians, myself included, won’t hesitate to tell you yes, though it can come at the cost of your mental state plummeting. And when money is tight, seeking treatment isn’t always an option.

This is why Royal Mountain Records—home of METZ, Alvvays, U.S. Girls, and Mac Demarco—is taking action.

The Toronto indie-label recently announced that each band on their roster will have access to $1500, to put toward their mental health needs. Label founder and Hollerado frontman, Menno Versteeg, hopes this funding will help aid artists struggling with anything from depression, to addiction—and honestly, it’s about damn time.

“It really helps, it’s not bullshit,” Versteeg told me, explaining his experience with therapy. “It’s like, this thing that I’m doing helps. Touring is really tough and being in a band is tough therefore, a label should help the band make their job easier.”

That solution might seem like common practice in most professions, yet, with exception of unionized organizations like the American Federation of Music (where dues aren’t realistic for many artists), it’s basically unheard of in the music industry. When my band was in the process of signing our first record contract back in 2015, my father asked if the label offered benefits. Of course, I couldn’t help but laugh, while he couldn’t help but ask, "what was so funny?" At the time, the only explanation I had was that “it just doesn’t work like that.” When he asked why, all I could say was “because.” Versteeg on the other hand, thinks the answer is simple.

“You can get away with it in music,” he said. “You know, people go to work at the bank because it’s a good paying job, and I don’t want to speak out of turn, but people will do anything to be in music.” He’s right. Why offer something like health benefits if the job will get done either way?

The higher ups on the business side of the industry are often too far removed from the realities of touring or band life, which might explain why large-scale operations, with seemingly limitless resources, have failed to make these connections. When you have someone like Versteeg steering the wheel—who’s still performing, now 20 years into his touring career—it’s easier to recognize the how strenuous that lifestyle can be.

When you’re on the road, tensions run high, and patience runs thin. Naturally, it’s hard to open up to the people around you without feeling like a burden (or at the very least, a buzzkill). So in some ways, time off seems to be sacred. Eventually though, reality kicks in. If you’re even able to find consistent nine-to-five between tours, you’re lucky; if you find yourself in a position with benefits elsewhere, you’re a rarity. It’s even harder to balance when you’re on the come up. That’s why Royal Mountain’s funding is so vital.

“I realize I may never have constant income, I may never have benefits for mental health, and I do have expenses related to it,” said Ellis, an Ontario singer who signed to Royal Mountain early this year. “I’m on medication for depression and anxiety, and I see a therapist, so having that budget is like... I’m really grateful for it.”

Ellis admits to being overly open about her mental health, however, many artists can be quick to dismiss their own wellbeing. That behavior is likely a result of the extreme highs felt while performing, Versteeg suggests.

“The hour on stage, every musician will say that’s the best part of the day, you know? And that’s why you do the other parts that are hard—the late nights ,and the long drives, and the months at a time away from home,” he said. “That’s why we do it, it’s so fun.”

The problem with that, as Versteeg explained, is having to “go on stage, often when you are quite mentally unwell from touring.” It’s a feeling I’m all too familiar with—one that can make pushing on seemingly unbearable.

But Royal Mountain’s funding might be able to offer a different path for newcomers like Ellis (who are just starting to tour). “I think a lot of bands start in the industry not really knowing what they’re getting themselves into, and I think it’s just a good way to step in prepared and equipped to take on all that there is—the pressure of it all,” Ellis said.

Versteeg is still gauging what his role is beyond the funding, if at all. “I don’t want to be pushy,” he said. Yet simply saying, “Hey, this money is here if you need it,” might be enough in itself.

“I think it was nice that it was sort of no questions asked, no receipts necessary,” said Ellis.

The next step for Versteeg will be reaching out to the Ontario Music Fund, an organization who helps with tour support, recording costs, and more. “They help with all this stuff, and to me, I really hope that an organization like that realizes that [mental health funding] falls within their scope,” he said.

At the moment, it seems like stories of artists falling victim to addiction and suicide seem far more prevalent than ones of recovery. In some ways they’re archetypal—the struggling musician who eventually crashes and burns. Initiatives like Royal Mountain’s have the potential to change that though. When it comes to the treatment of smaller artists, Versteeg and colleagues have raised the bar. Because this community is like any other, where when one person suffers, we all suffer. So it only makes sense to recover together. I just hope others will follow suit.

This Guy Claims to Be the Reincarnation of L. Ron Hubbard