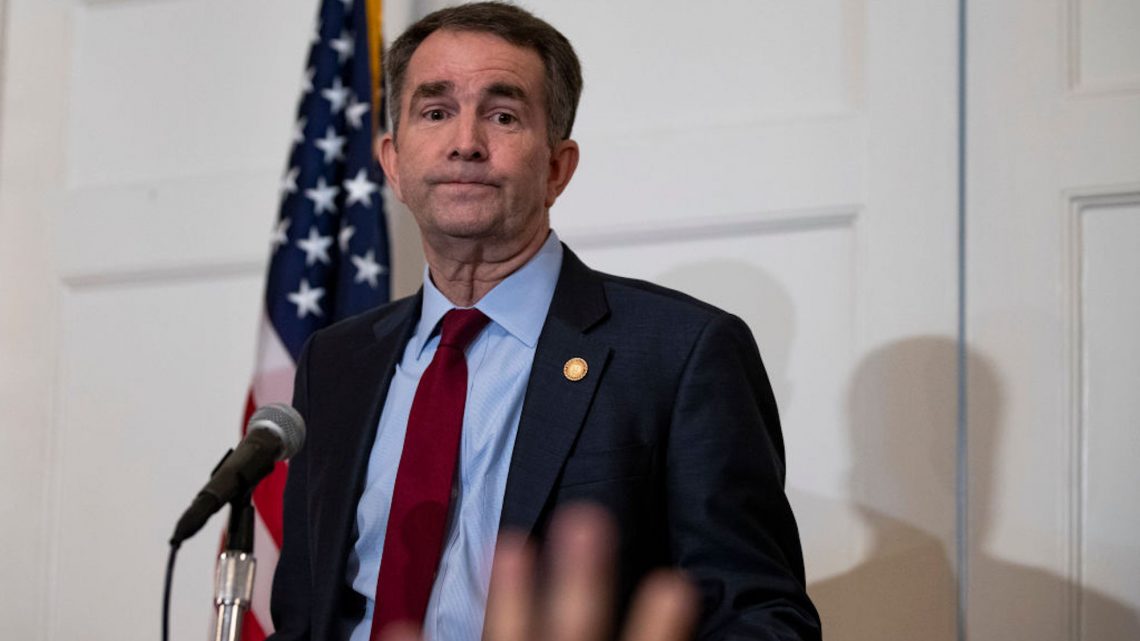 The Democrats tried to put their best foot forward Tuesday night when former Georgia gubernatorial candidate Stacey Abrams became the first black woman to deliver the party’s response to a State of the Union address. Abrams, along with other black candidates from the past midterm cycle like Florida's Andrew Gillum, represents a new wave of Democrats—unapologetic progressives who aren’t afraid to champion minorities’ issues along with other left-wing causes like gun control and Medicare for all.

But whatever shine the party earned from that powerful speech wore off the next day when Virginia Attorney General Mark Herring, in an apparent attempt to get out in front of a potential scandal, announced that he had dressed up in blackface for a party as a college student in 1980. Days earlier, he had called on Virginia Governor Ralph Northam, also a Democrat, to resign over a photo in his medical school yearbook page of a man in blackface standing next to someone in a Klan robe. (Northam claims neither man is him, but admitted that he did wear blackface to dress up as Michael Jackson once.)

Herring said in a letter that knowing he “contributed to the pain Virginians felt this week is the greatest shame I have ever felt.” But he’s not resigning—instead, he said, “honest conversations and discussions will make it clear whether I can or should continue to serve as attorney general." Given that he had just said Northam should resign, this was contradictory at best, and a self-serving maneuver at worst.

The fact that both incidents stem from the humor of Southern white men who were in college in the late 70s and early 80s creates an eerie feeling that other politicians in their demographic could have done similar things. As much as the Democrats would like to highlight fresh, diverse faces like Abrams, they have to contend with the continued presence of an older, mostly male, mostly white generation of politicians who can seem out of touch with the base—and might have more skeletons in their closets.

Democratic leaders know they have work to do to show minorities the party cares about their interests, not just their votes. Donald Trump may keep people of color on edge, and the black community does overwhelmingly vote for Democrats. But the 2016 presidential election exposed the growing frustration some in the black community have with the party. During the primary, a young Black Lives Matter activist interrupted a Hillary Clinton speech with a banner calling out her past tough-on-crime rhetoric. Even after she beat out Bernie Sanders for the nomination, some black activists publicly encouraged black people to stay home to protest what they viewed as the party ignoring their concerns about Clinton’s criminal justice record. And many others stayed home quietly, with an analysis by political scientists finding that the 4.4 million people who voted for Barack Obama in 2012 but stayed home in 2016 were disproportionately black.

Democratic officials were well aware before the midterms that civil rights and community organizations felt overlooked in 2016. As National Urban League President Marc Morial told Politico, “Many people in the civil rights community not only warned [the Democrats] but advocated as far back as 2015 that the campaign and the party weren’t set up correctly, and we weren’t listened to… 2016 was an absolute disaster.” Party officials tried to course-correct this summer, with Democratic National Committee Chair Tom Perez repeatedly apologizing on the campaign trail. “African-Americans—our most loyal constituency—we all too frequently took for granted,” he told a largely black audience in Georgia. “That is a shame on us, folks, and for that I apologize.”

The 2018 midterms showed that the right candidates can energize black voters for Democrats. Abrams in Georgia and Gillum in Florida both spoke powerfully to black communities that felt overlooked in their states. They outperformed expectations for straight-talking, unapologetically progressive candidates, both coming within 2 percentage points of victory. Nationwide, abnormally high black turnout helped fuel a Democratic takeover of the House.

But even after hopeful signs in the midterms, an undercurrent of distrust still exists, as evidenced by Blexit, a black conservative group that uses frustration with Democrats as a rallying cry. Blexit leader Candace Owens (who told VICE she only registered as a Republican two weeks before the group’s infamous White House visit in October) rose to fame thanks to impassioned rants railing against any and all gripes she had with the Democrats like what she believes is an over emphasis on welfare instead of jobs. At the group’s DC rally, Owens said, “Black lives have never ever mattered to the Democratic Party, black votes always have. They create this narrative every four years that Republicans are racist. They try to scare us. Are we such punks we’re afraid to try something different?”

It doesn’t seem likely that black people will turn to the conservative movement en masse, even in the wake of the recent blackface scandals—Virginia State Senator Tommy Norment, one of the state’s most powerful Republicans, was an editor for a 1968 yearbook full of blackface images—but Democrats still can’t afford to be seen as false allies to the black community.

The fear some skeptics in the black community have is that some white Democrats harbor prejudices behind closed doors. They don’t want to be in bed with a partner who is hiding a Klan robe in their closet. Photos like Northam’s bring these fears to life, fears that are apparent in movies like Get Out, where the villains were white liberals tricking a black man into letting his guard down. These fears show up in the news, too. Just last month, a second black man was found dead in the West Hollywood apartment of major Democratic donor Ted Buck, who has not yet been charged with any crime. None of this proves Democrats’ policies are worse for black people than Republicans’, but events like these contribute to an atmosphere of distrust and fear.

Concerns that the party values black votes more than black issues aren’t coming from nowhere. Democrats do fight voter suppression, but that’s likely at least partly because voter suppression hurts them electorally. And even though Democrats often condemn gerrymandering as another way to disenfranchise voters, they have occasionally used gerrymandering themselves when it would advantage them to do so.

There are positive signs for black voters. Abrams was a strong choice to deliver the State of the Union response, and going into the 2020 presidential election, while a number of Democrats, from Elizabeth Warren to Beto O’Rourke, have been actively working on new ways to engage black voters, reaching out to community leaders and, importantly, getting input on their policy platforms before asking for support.

But as older Democrats start infusing more racial justice initiatives like legalizing marijuana into their messaging and policies, they run the risk of looking particularly untrustworthy when racial scandals surface or when their current stances look drastically different from their past. And those critiques aren’t exclusive to just white Democrats. The parts of the black community that held Clinton’s feet to the fire for her 90s comments about young “superpredators” are now calling out African American presidential candidate Kamala Harris’s “tough on crime” policies from when she was California's attorney general. Politicians may have genuine changes of heart, but some corners of the black community are tired of being asked to give Democrats the benefit of the doubt.

One thing the Virginia blackface scandals show is that the party needs fresh young faces now more than ever. Older white male politicians can’t change their records or past behaviors, and those pasts could come back to haunt them. Consulting black communities on campaign platforms and speaking more directly to their issues is a welcome step, but party leadership investing more in black candidates who have been tried and true progressives their whole lives is the simplest way forward. If Democrats don’t repair the relationship with some of their most important supporters, 2020 could be a repeat of 2016.

The Fate of Tonga’s Criminal Returnees