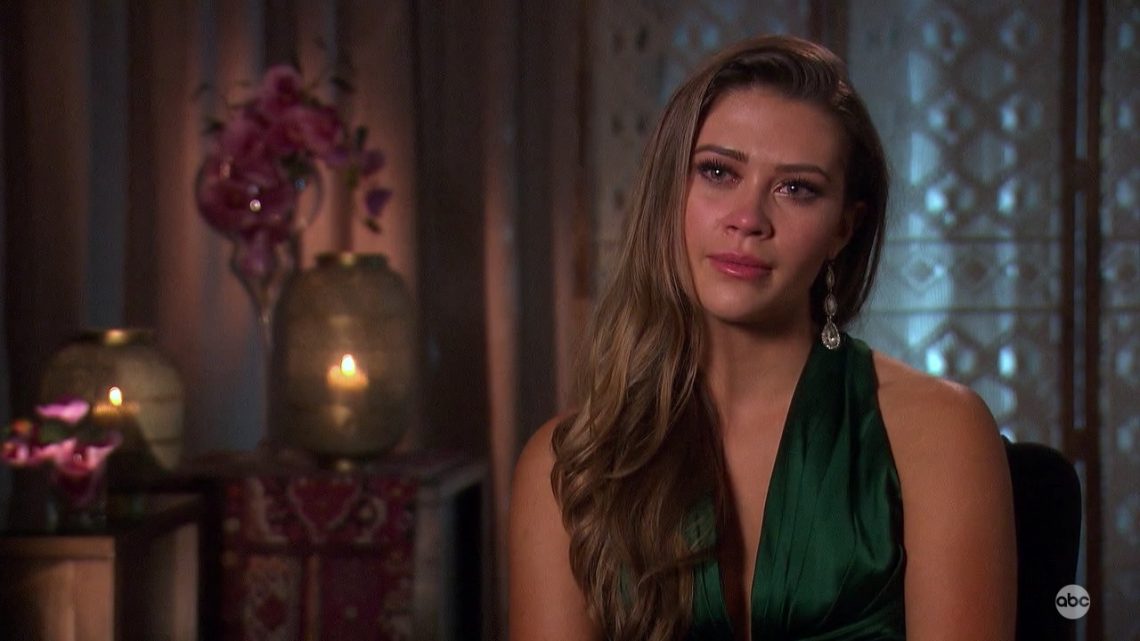 What It Means for ‘The Bachelor’ to Address Sexual Assault

Things took a heavy turn on this week's episode of The Bachelor. During a one-on-one date at Singapore's Gardens by the Bay, contestant Caelynn Miller-Keyes told Colton Underwood that she and two friends were drugged and raped at a party in college.

The account of her assault is harrowing. Miller-Keyes described the incident, its aftermath, and her resulting trauma in extraordinary detail. She talked about reporting the assault to police as soon as possible and trying to get a rape kit done, only to be turned away at a hospital. She told Underwood that despite trying to do everything by the book, only one of the men who attacked her was punished.

Given the context in which she speaks—on a reality television show that traffics in drawing attention to any topic for ratings, often regardless of how upsetting it is—it feels brave of Miller-Keyes to speak about her trauma. The reason she gave for going public—that it's a part of her that informs her relationships—seems healthy and valid, and matches up with her past commentary on the issue; during her time as Miss North Carolina USA, and while competing for Miss USA last year, she spoke openly about her experience and said she intended to use her platform to improve Title IX laws. It's also commendable that ABC devoted a chunk of primetime programming to a first-person account of sexual violence, before directing viewers to a sexual assault helpline.

But the specter of shady reality TV production tactics hangs over the otherwise affirming scene. As former Bachelor franchise producers have divulged, the show can be ruthless in its manipulation of contestants in the name extracting juicy soundbites.

The Bachelor franchise also has its own history of sexual assault and misconduct allegations to reckon with. In the summer of 2017, Bachelor in Paradise shut down production after crew members alleged they'd witnessed sexual misconduct involving cast member DeMario Jackson and fellow contestant Corinne Olympios, who were seen in a pool together intoxicated. Taping resumed after an internal investigation "found the complaint unsubstantiated." Olympios and Jackson have since reconciled, but the incident resulted in ABC implementing stricter drinking policies for cast members.

In May 2018, Bachelorette contestant Lincoln Adim was convicted of indecent assault and ordered to register as a sex offender for groping a woman on a cruise ship in Boston in 2016. The incident took place prior to his appearance on The Bachelorette, and ABC drew criticism for casting him.

And in August 2018, former contestant Bekah Martinez made headlines after accusing Leandro "Leo" Dottavio, from the most recent season of The Bachelorette, of sexually harassing multiple women. Martinez posted screenshots to her Instagram story of messages she says were sent to her by women accusing Dottavio of sending them unsolicited nudes. Dottavio addressed the claims through a lengthy note on his Instagram story, writing: "Did I do things in college that I would be embarrassed about now? Absolutely. Was I a part of my culture, the times, movies? Yes.”

With its flagship show, The Bachelor's willingness to address sexual assault on air is significant. Perhaps it signals a shift for a show that has long trafficked in toxic, cis-normative sexual politics, one that has seemed uninterested in shifting as the world around it has.

Even Underwood, whose virginity has been treated as a punchline this season, made an effort to show up as an ally for Miller-Keyes (and women, more generally) during their conversation. He divulged that his first love—widely assumed to be Aly Raisman, who was abused by Larry Nassar—was a victim of sexual assault.

"For me, that was the hardest thing I ever had to watch," Underwood told Miller-Keyes, in reference to his former partner. "Going through something with someone, looking into her eyes and just knowing, like, the pain associated with it. Like, who am I to feel the pain when I wasn't the victim? I think that's one thing people will never understand, is like the intimacy that goes along with what you've experienced."