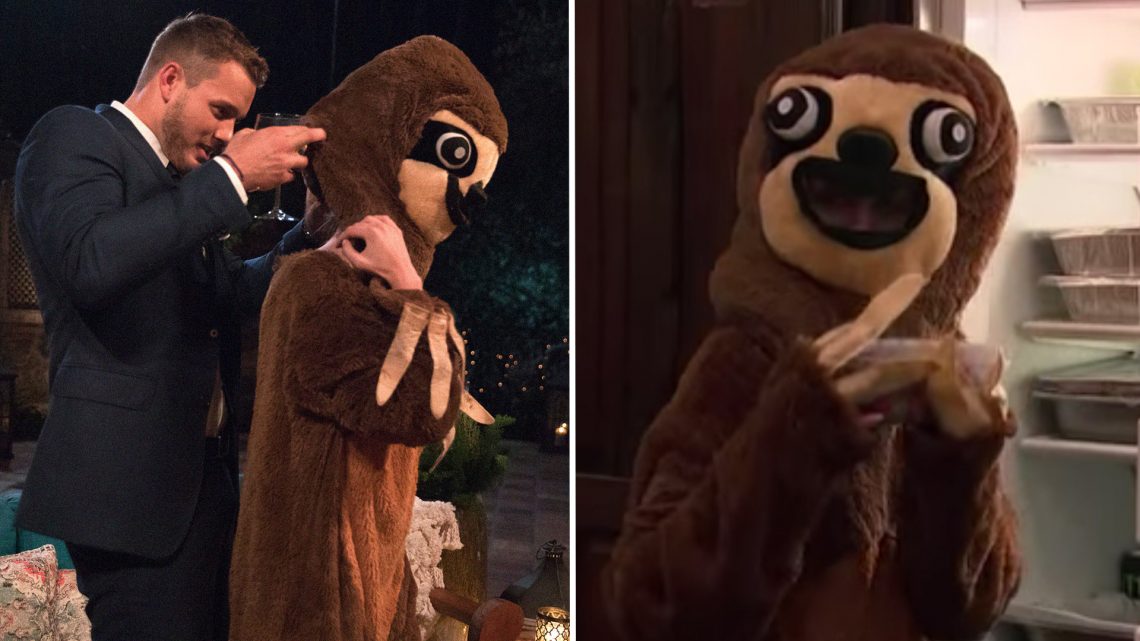 I am not one of those people who watches ABC’s The Bachelor “ironically.” I watch it because I enjoy making sarcastic commentary while indulging in the kind of dramaticized romance narrative I consumed so freely, and without guilt, as a fairytale-obsessed kid. The Bachelor is Cinderella with a Hunger Games twist, and oh boy am I here for it. And even though watching a glittering ensemble of beautiful, mostly blonde, mostly white, all-thin women compete for the affection of a Ken doll on TV seems truly outrageous in 2019, I don’t find it any less problematic than watching a bunch of rich, concussed men run around a field in spandex while cheerleaders sprain their ankles on the sidelines for not enough money. If something as bizarre as American football can be celebrated so freely, why is The Bachelor still thought of as a program for wine-drunk moms and catty teenagers?

To be clear, I am not praising this show on any real critical or intellectual level. I just happen to enjoy and consume it voraciously, much like junk food. But this season I may have reached my limit, due to a barrage of bad jokes and jabs, most of them pointed at the Bachelor himself, 26-year-old Colton Underwood, and all related to the fact that he hasn’t had sex yet. As someone who remained a virgin into my early-mid twenties, I wouldn’t say the virgin jokes upset me personally, but I will say they are stale and stigmatizing, to the point where I no longer enjoy watching the show.

Now, I get that the The Bachelor/Bachelorette franchise loves to give each leading man or woman a schtick. For example, season 22’s Arie Luyendyk was “The Race Car Driver,” while season 18’s Juan Pablo was “The Soccer Guy With The Accent.” Reducing a complex individual to one singular trait—typecasting—is a storytelling trick as cheap and as old as dirt. But by labeling Colton Underwood “The Virgin," they’ve taken things to an ultra-personal level.

At first I thought, well, maybe this will be fun and different to have a leading man whose penis is allegedly not an uninhibited party animal. I also thought it pretty respectable that this former pro football player (his stint in the NFL was super brief, but still) resisted taking part in the kind of hyper-aggressive male sexuality that seems pervasive in certain professional sports. I was like, "Cool, this dude is going to show us that not all sports dudes are fuckboys, and that male desirability can be separated from sexual prowess."

But instead of acknowledging Underwood's virginity and then moving past it—which would have normalized adult virginity and shown the world that, yes, it is possible for a man to keep it in his pants for 26 consecutive years without it being a huge deal—the show has tunnel-visioned on Underwood's virgin status, making for a season that, somewhat ironically, is more sex-crazed than ever. And because The Bachelor airs on network television, and must therefore maintain some semblance of wholesomeness, the sex mania is manifesting itself in the cringiest, hokiest ways imaginable. This season’s portrayal of sex and virginity is not only wildly problematic, it’s painful to watch—and not even in a fun, so-bad-it’s-good way. Here are my top reasons why.

The jokes were probably written by your gross uncle

Watching this season feels like hanging out with a gross, drunk uncle who thinks he can get away with telling you pervy shit because it technically passes as PG-rated. For example, the season premiere (which was a bloated three hours long) featured contestants introducing themselves by way of some gag-inducing gags: One popped a red balloon to symbolize the proverbial “cherry pop,” another performed a half-assed card trick that culminated in the taking of Underwood's “V-card,” and another dressed up as a sloth to mock Underwood's apparent desire to “take things slow." The premiere also featured former Bachelorette Kaitlyn Bristowe telling the live studio audience that, “Dolphins are the only mammals besides humans that enjoy sex for pleasure, unlike Colton.” (Um, what?)

The shock over the existence of hot virgins

There is no shortage of screen time dedicated to contestants expressing shock over the fact that Underwood's penis has lived a life of solitude. The gist of their befuddlement goes something like, “But he is hot...so, like, how?” The fact that these women puzzle over Underwood's virginity like toddlers trying to solve a complex riddle grossly perpetuates the idea that hot people are more likely to have, and are more deserving of, fulfilling love and sex lives. This is categorically untrue. A lot of hot people are sad and partnerless. A lot of not-hot people are joyful and having lots of sex. But since Underwood's virginity is not religiously motivated, nor is it (apparently) attractiveness-related, we see it as incomprehensible, even though people have all sorts of reasons for not having sex—trauma, lack of desire, anxiety, indifference, lack of opportunity, and a million other issues that are valid and, moreover, none of our goddamn business.

Cool celebrities are stooping to virgin jokes too

Comedy stars Megan Mullally, Nick Offerman, and Billy Eichner have all made guest appearances on the show so far, but none have been able to resist the temptation (or, more likely, the producer pressure) to make a few virgin cracks of their own. Mullally and Offerman, who hosted a group date in which the contestants were tasked with sharing stories about a not-necessarily-sexual-but-hopefully-sexual “first time” in their life, kicked off the storytelling sesh by narrating their own virginity-loss tales through a combination of bleeped language and bizarre innuendos. (Actually, I rather liked when Offerman told the contestants, stone-faced, that he hoped the group date would come to an “arousing climax”—if only because the awkward looks on the faces of women clearly not weird enough to appreciate the bald, bearded oddity that is Nick Offerman were priceless.)

Then, on the next group date, Eichner made his appearance and immediately took Underwood aside to pepper him with questions about his dormant dong, because of course he did. Eichner went on to say that Underwood's lack of sex life may be an indication of closeted gayness: “What if you’re the first gay bachelor?” Eichner asked, making Underwood squirm. Now, on one hand, I appreciated this joke because, coming from Billy Eichner, an openly gay man, the “first gay bachelor” comment seemed like a subtle, yet barbed call for more diversity on the show. On the other hand, the whole “they haven’t had sex yet, so they must be gay” assumption is one I just don’t think needs to be vocalized so often. Sure, abstinence due to closeted or unrealized homosexuality is a reality for some people, but the less we force people into easy narratives—which, in this case, was perpetuated for the sake of shock value—the better off we’ll be.

Can we stop talking about virginity like it is some kind of object that is entirely separate of a person’s body or self? Virginity is not a prize people “give away,” like some kind of diamond they’ve kept tucked up in their crotch for years. Virginity is a part of a person’s sexual identity, and then suddenly it is not. This season there have been countless moments showing contestants as they wonder, aloud and to the camera, if they will be the one to “take” Underwood's virginity. I know that “taking” someone’s virginity is a common turn of phrase, but in this situation, I think it indicates a double-standard based on gender. If this were The Bachelorette, and some meathead started boasting about how he was going to “take” the Bachelorette’s virginity, well, it wouldn’t fly under the creep radar quite so smoothly.

Virginity makes you a lesser man, but possibly a superior woman?

The show's host, Chris Harrison, is beginning to feel more and more like an annoying stepdad trying to force an emotionally intimate connection between himself and his late-blooming stepchild (Underwood), who is not down for it. In one particularly ghastly heart-to-heart, Harrison asked Underwood if he thought his virginity could be a reason fans might think of him as “not a man.” I get that Harrison was trying to address the potential stigma Underwood might face as a virgin bachelor, but there was no need to make the connection between virginity and worthless masculinity.

On the flip side, women on this season who have revealed their sexual histories (or lack thereof) have been simultaneously praised and othered. For example, a contestant named Heather claims she has never been kissed, and so in typical Bachelor fashion, this fact is now her entire identity. In confessional shots, where contestants are usually given on-screen titles displaying their name, age, and job, the producers have labeled Heather as “Never Been Kissed,” as if not kissing is her professional occupation. Instead of being known for what she has accomplished career-wise, this “quirk” is flagged in a gimmicky way that suggests either prudishness or infancy. Yet when she confesses the fact to Underwood in the second episode, he says it's something to be proud of, because “you know your value and you’re not going to settle.” Boooooooo. Can we please let go of the idea that a person’s decision to share, or not share, their body is a window to their self-worth? It is not, it is not, it is not.

Saddest of all, though, is contestant Hannah B., who once told Underwood on a date that having sex with her ex-boyfriend was one of her deepest and most painful regrets. “I made a commitment to myself when I was younger to be a virgin when I got married. And then I was in a relationship and that didn’t happen,” she said. “There was a lot of guilt, and it killed me… for the person I want to be with forever, I would have loved to have that for them.” The amount of guilt this woman feels over premarital sex is devastating to me. I don’t want to religion-shame or devalue the idea of “saving yourself for marriage,” because if that’s what you want for yourself, that’s your prerogative. But it saddens me to think that Hannah feels dirty, and like she has less to “give” Underwood, because she decided to have sex with a previous boyfriend. The patriarchy has programmed Hannah B. with a purity complex that is eating her alive, and it makes me so fucking mad.

I’ve already used the word “virgin” 27 times in this article and honestly, going through the rest of the dumb jokes, unenlightened commentary, and subliminal imaging within the show (so many exploding champagne bottles) as they pertain to Underwood's sex journey will be mind-numbing for everyone. I’ve put you through enough already.