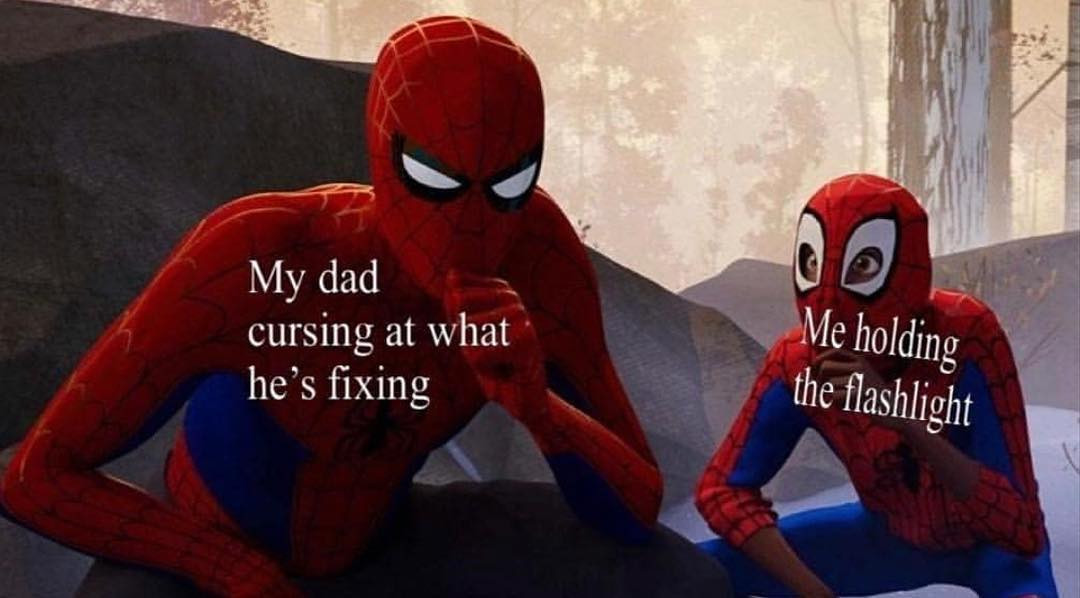 Spider-Man: Into the Spider-Verse was a brilliant movie. Even if superhero flicks aren’t your thing, you’ll just have to blindly trust me on this one. I cried during it, like, twice. Just go see this shit, OK?

One small example of the many, many ways Spider-Verse was sick was how it acknowledged memes. Spider-Man memes have a deep lineage on the internet, and it was cool of the film to (spoiler alert!) tip its hat to some classic Spidey content in the post-credits scene.

It wasn’t long before Spider-Verse itself became a part of this fabled joke bloodline, too. There were more than a few meme-able moments in this movie, but a still of—no spoilers—two Spider-Men, side-by-side, spawned some particularly funny content.

The internet being the internet, a few ironic versions of the meme cropped up too, including a whole bunch about a mobile game called Mafia City, whose infamously shitty ads are an entire meme unto themselves.


If, like yours truly, you’re feeling inspired, you can go ahead and make your own Spidey-meme using this template. Just remember to go see Into the Spider-Verse when you’re done.

Trump’s Shutdown Is a Savage Assault on the Working Class

No-Deal Brexit is the Most Likely Outcome: 2nd Referendum the Least Likely