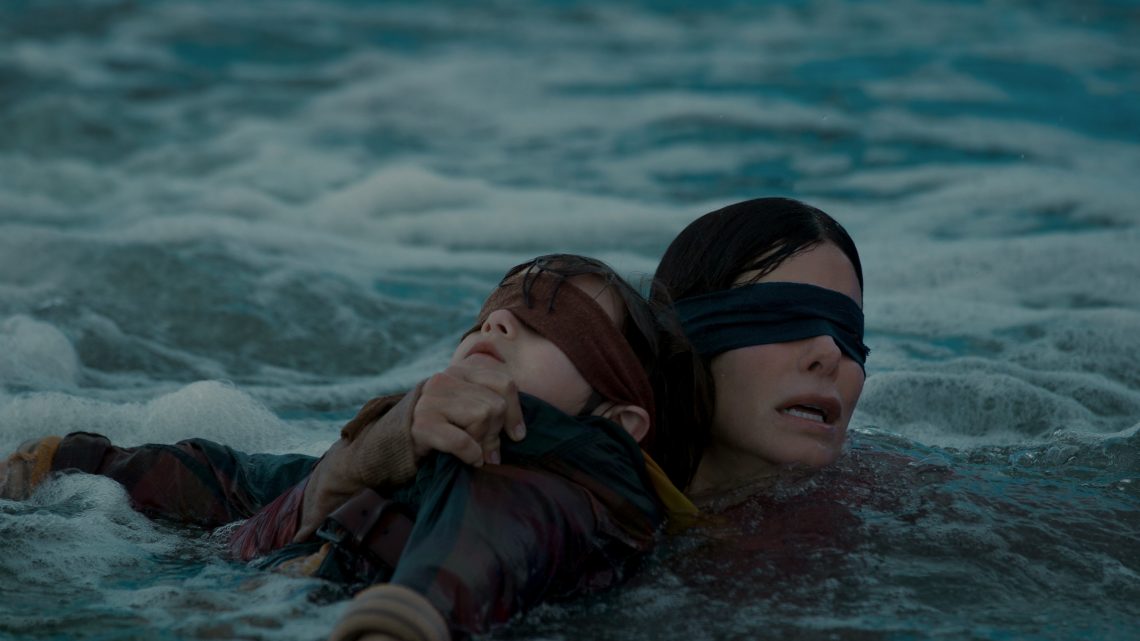 Netflix tried to warn us. After videos started surfacing on social media of people doing the Bird Box challenge, where they navigate mundane or even dangerous situations while wearing a blindfold like Sandra Bullock’s character in the hit movie. Netflix tweeted earlier this month pleading with us all to cut it out before it gets ugly. But last week in Layton, Utah, a 17-year-old decided to up the stakes by attempting the challenge while driving with a 16-year-old passenger, crashing into oncoming traffic.

Police lieutenant Travis Lyman told KSL, a CNN affiliate, that the driver pulled her beanie over her eyes while she was driving, leading to the accident. "She ended up losing control of her car and skidded into the westbound lanes of Layton Parkway and hit another car and ended up hitting a light pole as well," he said.

Fortunately no one was hurt in the accident, but the incident is eerily familiar to the dark days of this summer’s “In My Feelings” challenge where Drake fans kept injuring themselves hopping out of moving cars to hit a two-step to the summer bop. The feds over at the National Transportation Safety Board had to denounce the “In My Feelings” challenge after a number of injuries were reported, including an Iowa City teen fracturing her skull.

And now authorities in Utah and other states like Colorado and Oregon are speaking out, hoping last week’s accident can deter the next daredevil looking to test their odds with the Bird Box challenge.

The film owes part of its popularity to internet culture, but this appears to be another case of the problem with doing it for the 'gram. Fail videos can make their rounds on social media too, as one teen explained to Fox 59. And sometimes tempting the odds is part of the joke, like in one tweet of a man wearing a blindfold and holding a gun with the caption saying he's "listening for the birds." But hopefully fans will heed the warning from last week’s incident that the danger is more real than the joke and we can all keep sharing the good Bird Box content in peace.

US Auto Overcapacity at 10 Plants 20,000 Direct Jobs: Not Just a “Car” Recession