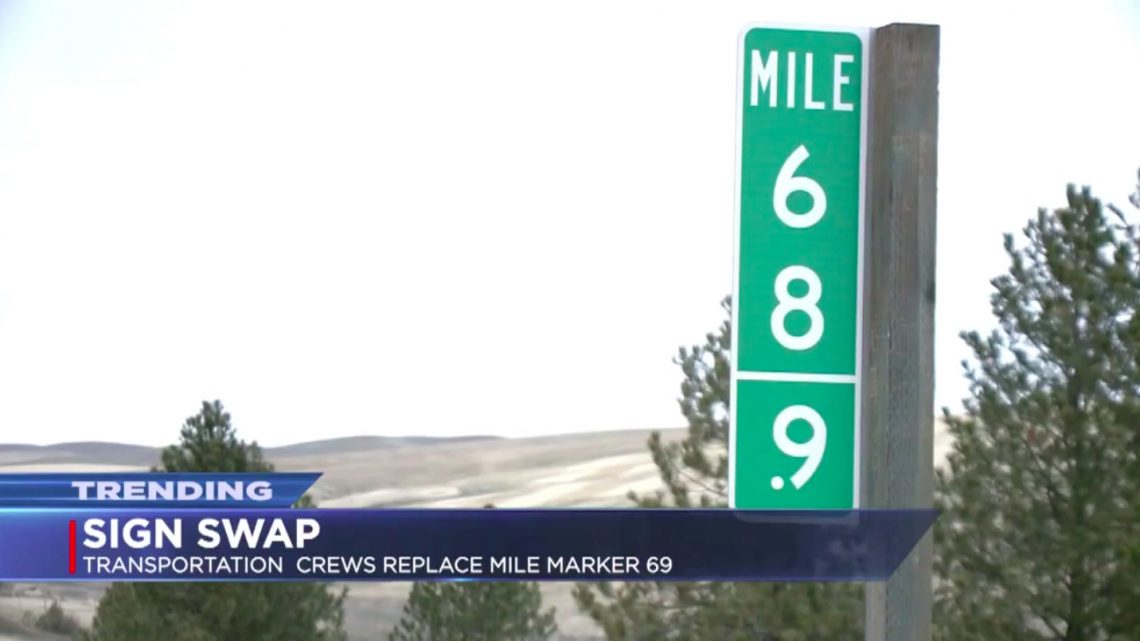 Hello, wild and rambunctious youths! Are you in search of a funny sign to adorn your bedroom wall? Perhaps something that shows your stunning sense of humor while also proving you are a rebel who has no qualms about breaking the law?

Well too the fuck bad, bro, because the DOT is here to shut that shit down.

The Washington State Department of Transportation has apparently had it up to here with dumbass thieves sneaking out onto one stretch of highway and stealing mile marker 69, CBS affiliate WIVB reports, so they've hatched a plan to put an end to it, once and for all—by changing it to read "68.9."

As the WIVB reporter in this fairly awkward news broadcast points out, it's unclear whether the DOT moved the entire signpost up a tenth of a mile or if the marker is now slightly off, but apparently, the DOT would rather have a vaguely inaccurate sign on the post than no sign at all.

This isn't the first time states have taken it upon themselves to tweak their signage in hopes of dissuading some stoned 16-year-olds from becoming would-be thieves. Colorado kicked off the trend by changing a mile marker 420 sign to read "419.99" back in 2014, and other states have since followed suit.

Washington Department of Transportation spokeswoman Beth Bousley told the Seattle Times that, though she understands why people want to steal the 69 sign "for juvenile purposes," replacing the signs can cost up to $1,000 per pop—taxpayer money that could be going to actually improving the roadway.

"It’s not necessarily funny when you take into account the issues it causes," Bousley said.

Gritty Photos of New York Nightlife in the Early 90s