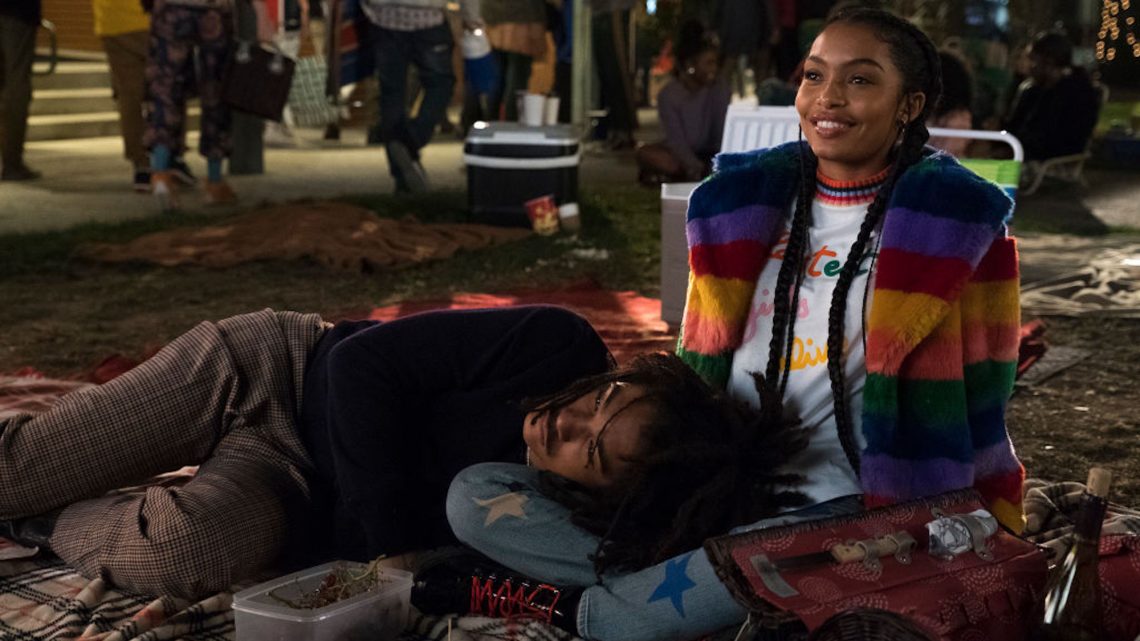 Grown-ish is trying to help us secure the bag.

The Black-ish spinoff follows eldest daughter Zoey Johnson (Yara Shahidi) as she navigates college life, and ahead of its season two premiere, the show announced a new program offering $125,000 grants to help pay off recipients' student debt. Yep, you heard us, $125,000.

Naturally, the show did so by partnering with massively successful black-owned scholarship app Scholly, which rose to fame on Shark Tank, causing a fight that made two bidders storm off stage.

Unlike most scholarships, which are for tuition-paying college students, the Grown-ish scholarship is for people who already have debt. It's available to anyone over 18—including those of us who've been kissing our post-grad paychecks goodbye for years.

It's a fitting collab for Scholly, too. The app is best known for weeding out popular, more competitive, scholarships to point users in the direction that best meets their needs. When Christopher Gray pitched the idea on Shark Tank, he turned heads by explaining that $100 million worth of scholarship money goes unused each year, because applicants mostly compete for the most prominent ones.

The program is just another way Grown-ish has been coming into its own in its sophomore season, taking advantage of the cache of its cast, and giving itself license to comment on the hot-button issues facing young people.

Fans of the show love it for its tweet-worthy jokes and college nostalgia, and live vicariously through Zoey's romance with IRL model Luka Sabbat. But viewers also get a taste of the more serious issues college students today face. The first season touched on topics like the exploitation of unpaid student athletes, stigmas against bisexual men, and the very real distraction of getting your heart broken while trying to ace your classes. Shahidi herself has been a major activist voice for young people, helping to decipher our moment.

With the internet abuzz about Wednesday night's premiere, and hopeful scholarship applicants gearing up to shoot their shot, Grown-ish is already giving us that positive 2019 energy.

Lesbian Women Explain the Art of the Casual Hookup